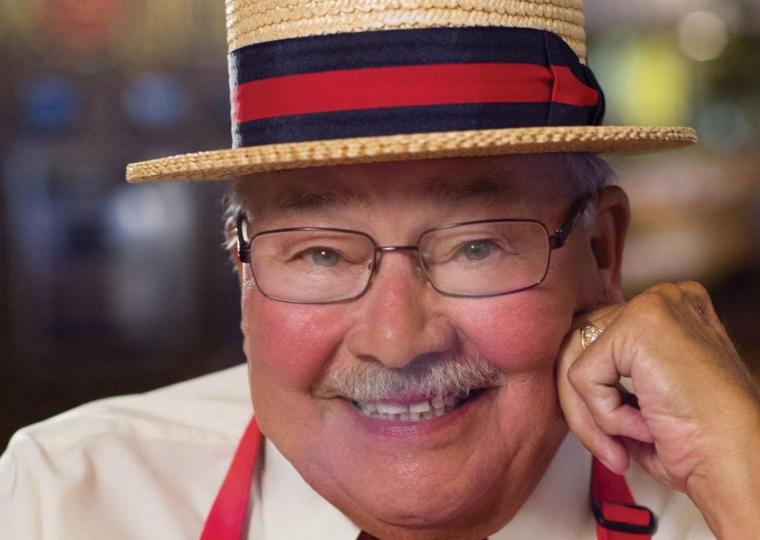 The day I began working at the first Happy Joe's Pizza & Ice Cream Parlor down in the East Village of Davenport, Joe Whitty sat me down in his office and imparted wisdom that affected the rest of my life.

Joe told me that regardless of what job I was doing at Happy Joe’s, do it to the absolute best of my ability. He told me that no job was menial, because everybody’s job depended on another department doing theirs.

He shared with me that people notice when an employee is working hard, and willing to be a team player by stepping up and helping wherever they are needed. I made the decision, in that moment, to be the best ice-cream-parlor waitress I could be.

Being a waitress isn’t normally a glamorous job, but Joe’s wisdom benefited me in ways I never could have imagined. I was a sophomore in high school when I started working at Happy Joe’s, and by the summer of my senior year, I was flying around the country in the company’s corporate jet training employees at new franchise locations.

Joe was right: Being the best waitress I could be caught the eye of new franchise owners, and I was asked to be on the opening crew of many new locations.

Joe was so much more than just a boss to all of us, especially to the original crew at the East Village location. He treated us more like family members.

I remember Joe saying on more than one occasion, “People are humans. They make mistakes. It’s important to extend them the same grace you would hope for.”

Joe taught me the invaluable lesson that employees matter most. He took the time to verbally acknowledge us for a job well done, but also to listen to each of us when he saw we were not at our best. Joe was the epitome of what the employee/employer relationship can be when good work ethics are employed.

Routinely, after closing on a Saturday night, Joe would invite the entire closing crew to join him for a much appreciated pancake breakfast at the Village Inn. He would encourage us to order anything we wanted and would always pick up the tab. It was such a great way to end a busy, hectic night: laughing, sharing, and getting to know both Joe himself and our co-workers. It’s no surprise we were such a tight-knit group.

Joe knew the majority of his employees would be young high school students who had probably never held a previous job. He took the time to not only make this first job experience memorable for each of us, but he set the stage for us to be successful in our future careers by employing the traditional values and work ethics that, if utilized, would take us wherever we dreamed to go. Joe was also showing us how to be good future employers.

I remember Joe saying on more than one occasion, “People are humans. They make mistakes. It’s important to extend them the same grace you would hope for.” It wasn’t until many years later, and much maturing on my part, that I realized how much of an impact Joe Whitty had on my life. I feel so blessed that my very first job was such a positive experience. The things I learned from Joe have greatly influenced the course of my career.

I moved from Iowa to Florida in the early '80s to start a financial advisory/money management firm with my brother Paul McCarthy III and still enjoy going to work every day. It has been over 30 years since I have had any contact with Joe Whitty, but hopefully the words I have shared here convey the impact he had on at least one ice-cream-parlor waitress.

I have no doubt that God’s hand has been on Joe throughout his career. The kind of love and kindness Joe Whitty showed me and the other employees represents the love of our Heavenly Father. Occasionally when I guest preach for my church, I share my story about my first job to teach how we can never really know the impact we will have on other people’s lives with the words we use and the behavior we choose. I pray I have positively influenced someone else like Happy Joe did me.

Events Open to the Public: