With Rock Island and Walmart, Blame the Farmer, Not the Snake 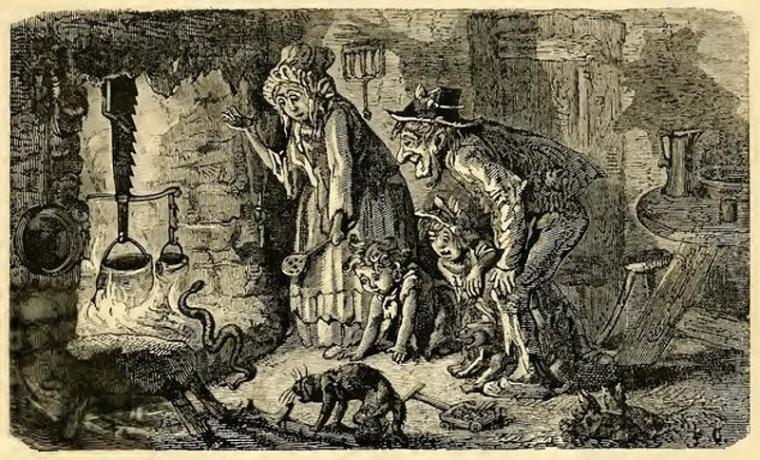 Somebody should familiarize Rock Island Mayor Dennis Pauley with Aesop’s Fable “The Farmer & the Viper,” which famously ends with a snake biting a man who showed it kindness: “Did you not know that a serpent in the bosom, a mouse in a bag, and fire in a barn give their hosts an ill reward?” In other words, you knew I was a snake.

Choose your viper in this case. It could be Walmart, which last week backed out of a deal first struck in 2012 to build a store on 11th Street’s Watch Tower Plaza. Or it could be the $4.5-million sales contract signed – at long last – in 2015, which gave Walmart an easy out without substantial penalty.

But to focus on the reptile is to miss the moral of the story. The problem of the fable is the farmer, who – to put it bluntly – was stupid. And our farmer was the City of Rock Island.

Yes, Rock Island was bitten in this aborted deal. But it knew – or should have known – that this outcome was possible if not likely.

Pauley’s shock and disappointment were either disingenuous or facilitated by naïve optimism and trust. “I’m not happy,” Pauley was quoted as saying last week. “We put a lot of work, a lot of time into this. We never heard a negative comment from Walmart from Day One.”

Walmart didn’t need to voice a negative comment. The sales contract gave the company’s agent – Price Properties, LLC – all the power: “At any time prior to the end of the feasibility period, the buyer may, for any reason in its sole and absolute discretion, cancel this agreement ... .”

And the Walmart project never passed the sniff test. Just look where Walmart’s existing Quad Cities stores are. Look where major retail development is happening in the Quad Cities – on the outskirts of town, such as the Menards and Sam’s Club development in Moline. Note that Zimmerman Honda moved in 2012 from downtown Rock Island to that same area in Moline.

Furthermore, it probably should have been a warning sign that, according to the Quad-City Times in 2012, “the mayor said the city has aggressively pursued Walmart for about the last year, and he emphasized that it was the city that sought out the giant retailer, not the other way around.” That sort of courtship – the moon-eyed pining for the seemingly unattainable – usually ends badly, and at the very least it gives the pursued a huge advantage in negotiation.

Then there was the fact that this project languished for so long. Pauley announced it in November 2012, saying the store would be open by Christmas 2013. But the sales contract for the property wasn’t finalized until October 2015. After that, Rock Island granted Walmart two feasibility-period extensions – the last of which was set to expire last week.

In the meantime, Rock Island spent $15 million acquiring the property, relocating existing businesses, and clearing the site. Demolition was complete, it must be stressed, before the city had a purchase agreement in place.

And Rock Island did all that at a premium price. A July article in the Argus/Dispatch noted: “In most cases, the city paid substantially more than what the property was worth. ... [T]he city paid $610,000 to buy a vacant lot at the former Town & Country bowling alley that burned down in 2010. The vacant property’s market value was about $359,000. ... Other properties, such as the Watch Tower Shopping Center, were purchased from R Own Properties LLC for $1.75 million. South Rock Island Township records show those properties’ combined market value was approximately $414,000. The city paid $500,000 for four homes with a combined market value of $191,085.”

All of this speaks to a certain desperation – which arguably led the city to invite a serpent to its bosom.

Pauley said last week that “the realities are we, as a city, cannot live on property tax. We have to have sales tax, and we’re trying to bring economic development to the city.”

And that’s as it should be. Rock Island is at a substantial disadvantage compared to its Quad Cities peers in terms of retail. The closing of Rock Island’s Kmart over the summer created an additional urgency in the city.

And 11th Street is is a natural target. It has traffic and population and available financial incentives from tax increment financing.

But it also has a lot working against it. I drive on 11th Street nearly every day because my house is two blocks from it, and my daughter’s school is one block west of Watch Tower Plaza. It’s a mix of residential and commercial, with a lot of automotive businesses, a Walgreens, a McDonald’s, Milan Surplus, Alfano’s Pizza ... . But it’s dominated by businesses that serve low-income people: three title-loan places, two dollar stores, a pawn shop, a Rent-A-Center, a plasma-donation facility. (Near 11th Street are two public-housing high-rises and a Rock Island Housing Authority townhome development.)

A Walmart – if it had been built, if it could have been sustained – would have helped, and it certainly would have spurred additional new development.

But Rock Island went about it all wrong. The city should have prioritized development of the site, bought the properties, done the relocation and prep work, and then sought potential buyers – with an emphasis on finding the most suitable development and the best long-term return on investment. It should have kept its options open until a sale was completed.

Instead, it had eyes only for Walmart, it spent millions of taxpayer dollars without any formal agreement in place, it overpaid for property in its eagerness, and – based on Pauley’s comments – it apparently never entertained the idea that the project might not come to fruition. It had no back-up plan.

Perhaps worst of all, the city’s desperation is now amplified. Having put all its eggs in the Walmart basket, Rock Island at this point is begging for a retailer – any retailer – to show interest in the city and that specific site.

Some of that is the genuine and proper need for a bigger property- and sales-tax base, and for jobs, and for revitalization of that long-struggling 11th Street corridor.

But now there’s a political need, too. Pauley and city council need to justify the $15 million of taxpayer money they spent with no written promise of a return, and they need to do it quickly. The seats of the mayor and some city-council wards are up for election next year, and two key votes were unanimous – in 2012 to authorize the $15 million in borrowing to clear Watch Tower Plaza and in 2015 to approve the sales contract.

Of course, some good has come of the city’s backward process. As many have noted, Watch Tower Plaza is now development-ready. The Blackhawk Commons business park – off 11th Street and Blackhawk Road – was facilitated by the relocation of Black Hawk College’s Adult Learning Center from the plaza.

Mostly, however, this has been a mess of the city’s own making.

My hope is that, moving forward, city officials keep some lessons in mind. There is no silver bullet for 11th Street. It’s more important to find the right businesses for the corridor as part of a larger economic-development and revitalization strategy than it is to find the first retailer willing to take whatever handouts the city offers. Voters will blame the mayor and council – rightly – for their Walmart mistakes, and they should take their lumps.

And – for goodness sake, Rock Island leaders – don’t be that idiot farmer again.