The Short-Term Plan Behind Democratic Fundraising 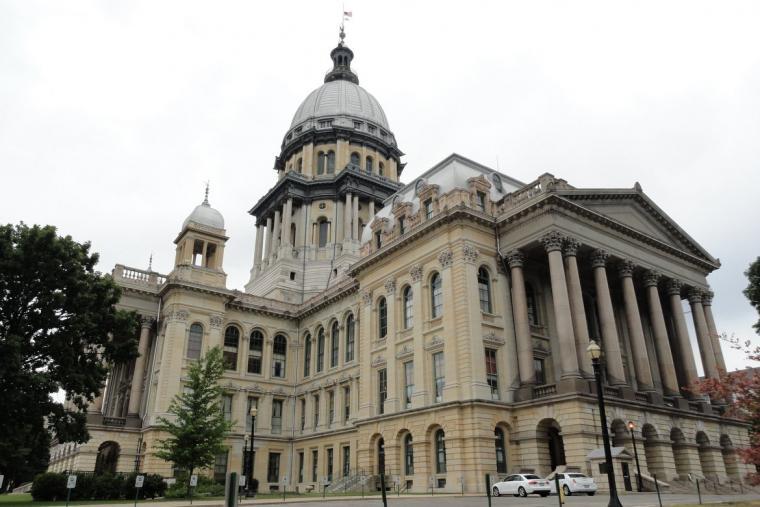 A couple of years ago, a little more than 1,400 voters took Democratic primary ballots in sparsely populated Warren County, which is about an hour west of Peoria. Almost twice that many took Republican ballots.

The Warren County Democratic Central Committee is not exactly a campaign powerhouse. The organization officially opened its PAC with $923.72 in June of 2016. By June 30 of this year, the county party reported having $917.72 in the bank. I couldn’t find any records showing how that $6 was spent.

The idea is to finally try to build the party up at the local level after years of neglect by the top. The Democratic Party of Illinois, run by House Speaker Michael Madigan, has reported raising more than $80 million since 1999, but it has spent precious few dollars to help local parties. Basically, the only time DPI has bothered to work with local party organizations in the past is when they could be helpful with the handful of competitive state legislative races scattered here and there – particularly Speaker Madigan’s House races. And even then, the object wasn’t really to make local parties viable, but to extract whatever human and other resources they had in order to assist Madigan’s campaigns.

Chairman House has, along with the Pritzker campaign, established a grant program. County-party organizations can qualify for money by, for instance, opening an office. The local committees are also being strongly encouraged to hire a part-time or full-time administrator, depending on their size.

Some counties will reportedly receive money to send direct mail and run ads on local radio stations and on cable TV. They’re supposed to establish a social-media presence and recruit specific numbers of volunteers for phone-banking and door-to-door canvasses, among other things. They’re also supposed to put together a get-out-the-vote program for the final month. This is all new stuff for many local parties.

Several county parties, particularly Downstate, have few actual precinct committee-persons. In Chicago and suburban Cook, precinct captains are appointed by local township and ward committeemen. They don’t have to live in the precincts assigned to them. Everywhere else, committee-persons are elected in their precincts – and it’s not easy convincing people to run for that office, particularly in overwhelmingly Republican areas. However, those county chairs can fill vacancies, and the appointed committee-persons don’t have to live in the precincts they represent, so a big push is on to get counties to a minimum level of 75-percent coverage.

Some local party officials have also been told that the million-dollar contribution from Pritzker is just the first round. More party-building money is coming.

By contrast, as of last week, Governor Bruce Rauner’s campaign had given a total of about $33,000 divided between nine county and township Republican organizations since the March primary. The Illinois Republican Party chipped in another $25,000 during the same time period for a handful of county organizations.

It’s not like the Democrats are expecting to win all that many Downstate counties this year. In the short-term anyway, I think the plan is simply to try to lose those counties by fewer votes than they have in the past, which will still help the overall effort.