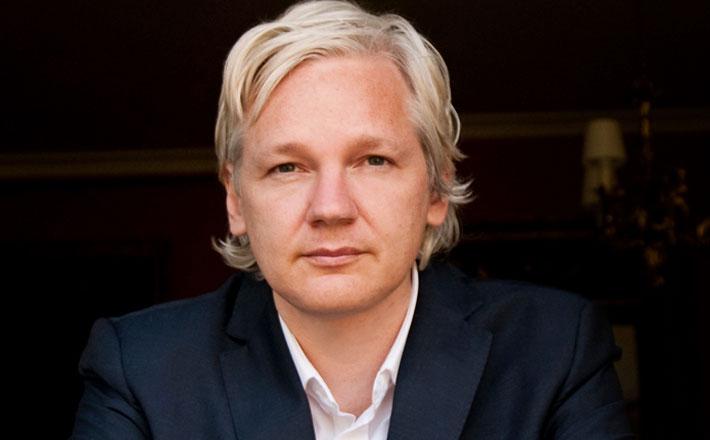 Judge Andrew Napolitano hits the nail squarely on the head: “Why was Assange indicted? Government killers are a mob, and mobs love anonymity. Assange assaulted their love by ending that anonymity. When the government kills and rejoices and lies about it in our names, we have a right to know of its behavior. Democracies spy on us all, yet they persist in punishing, to the ends of the earth, those who dare to shine a light upon them. Tyrannies do the same.” Amen, Judge!

What Assange has done – published leaked information undoubtedly in the public interest regarding probable criminal activities by the U.S. government – is virtually indistinguishable from what mainstream media outlets do on a regular basis. In fact, if Assange is to be imprisoned as the publisher of information given him by whistleblower Chelsea Manning, what's to stop the publishers of the New York Times and Washington Post from being prosecuted for printing the exact same information?

If it becomes criminal to expose the criminality of our own government, then our days as a self-governing society are well and truly gone. We all become subjects to an authoritarian "deep state" rather than citizens of a republic of constitutionally limited state authority.

And that doesn't even scratch the surface of the idiocy of pursuing Assange for the "crime" of journalism. How does it make any sense that Julian Assange – an Australian – is being charged with treason against the United States, to which he owes no allegiance nor has he signed any form of non-disclosure agreement?

The U.S. government may believe that it runs the world through its global military empire, but the assumption that non-Americans operating outside of the United States are to be subject to U.S. laws regulating freedom of the press is to open a Pandora's box that cannot end well.

Should American journalists operating in Europe, for example, be expected to adhere to China's legal press regulation framework? Should the publisher of the Washington Post bone up on the Iranian legal system lest he be nabbed in the street somewhere in violation of Tehran's media laws?

But what if Attorney General Barr and all the rest of the "permanent state" or "national security state" or whatever we choose to call it already knows that prosecuting Assange is going to be a wrenching and possibly ultimately futile endeavor? What if the goal is not to make him disappear in a super-max prison for the rest of his life but to actually just make him … disappear?

We have recently learned through Assange's attorneys that he is so sick he cannot even have a normal conversation. He is reportedly "gravely ill" and has been moved to the hospital ward at the U.K.'s gulag-like Belmarsh prison. What if Assange is getting the "Milosevic treatment" – held in appalling conditions waiting for a judicial decision while being denied adequate medical treatment and in the end passing away before the case falls apart?

That's just what happened to Miloevic at the Hague. He was held in inhuman conditions for years while they prepared his trial. He did not receive needed medical care and in the end he died before his trial – a trial in which he was eventually exonerated.

So in the end, it did not matter that the authorities could not prove their case. The case was closed. Permanently.

How could a dead Assange possibly help the national security statists in their efforts to keep us supine subjects, never questioning endless war and encroachment on our civil liberties? Because after Assange is dispensed with, who is going to take any risks to expose the crimes committed in our names and with our money? As I said in the Liberty Report, we will only be left with the mainstream-media state stenographers, whose publication of national security leaks mostly consists of bolstering or hampering rivals inside the deep state apparatus. Rarely if ever do they actually expose the deep state for what it is – a murderous, lying, authoritarian mob that seeks total control over all of us.

That is why Assange, in a recent handwritten note, urged others to continue his work exposing such evil. "Everyone else must take my place," he pleaded. But when the state has his ruined body on display, who would dare step up?

That is how they win. And we cannot let that happen. We must all do what we can to draw attention to the plight of Assange and the attack on our freedom of information. Our future and the future of coming generations depends on it.

Daniel McAdams is the executive director for the Ron Paul Institute for Peace and Prosperity. More info at RonPaulInstitute.org.