So Long, Michael Carrigan, It’s Been Good to Know You. Who’s Next? 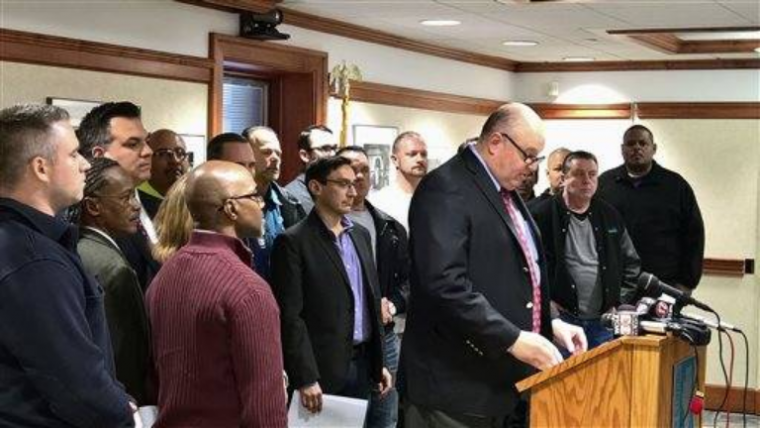 The Illinois AFL-CIO hosted its annual State Fair reception last week. The highlight was probably a speech by Governor JB Pritzker, who thanked his audience of union leaders for their support in the 2018 campaign and for their help passing an enormous amount of legislation during his first session of the General Assembly.

But there was also some real news. The event was the last time Michael Carrigan attended as the organization's president.

President Carrigan intends to retire at the end of this year after ten years at the helm of the State Fed. He succeeded the late Margaret Blackshere in 2010 after serving ten years as the organization's secretary-treasurer — the number-two position.

The Illinois AFL-CIO isn't as cash-rich as the Chicago Federation of Labor (which once owned a popular commercial radio station in the city), but it can be an enormously influential organization among unions in election campaigns and with legislators in the General Assembly.

After years on its city council, President Carrigan served briefly as mayor of Decatur. So, when Bruce Rauner chose that city, shortly after taking office as governor in 2015, as the site of his first formal address urging passage of anti-union "right to work" laws, the decision was seen as a direct shot at the AFL-CIO President. Carrigan worked hand in glove with House Speaker Michael Madigan against Rauner for four solid years, even going so far as to warn Senate Democrats against agreeing to any "grand bargain" with the Republican. And he was determined to oust Rauner in the 2018 election.

President Blackshere engineered an early labor endorsement of Rod Blagojevich ahead of the 2002 gubernatorial campaign, which helped bring the rest of organized labor on board. Carrigan helped do the same for JB Pritzker in June of 2017, almost a year before the 2018 primary. That early endorsement was crucial for Pritzker. Some influential trade unions had endorsed the candidate a month before, but the AFL-CIO nod was essential to broadening his appeal. None of Pritzker's Democratic primary opponents received any significant labor support after that.

President Carrigan told me around that time that he'd only reluctantly agreed to meet with Pritzker at the urging of Speaker Madigan. He worried he couldn't sell the unknown billionaire to rank and file members. But he said he came away enormously impressed with Pritzker's ability to connect one-on-one during their meeting in Pritzker's Chicago office. President Carrigan told me he realized he could take Pritzker to meet with refinery workers in the Metro East, or workers anywhere else, for that matter, without worrying about being embarrassed. He quickly began putting together union support.

It hasn't all been ponies and rainbows between President Carrigan and Pritzker's campaign and governing teams (to say the least), but those have mostly been specific personality conflicts. President Carrigan didn't care for some of the people running Pritzker's campaign and had his gripes about the way things were being managed during the spring session. He turned out to be wrong. Pritzker won big in the primary and the general and had one of the most successful spring sessions of any Illinois governor.

But, when it came to the issues, President Carrigan and Team Pritzker were pretty much of a single mind.

A gradual minimum wage increase to $15 an hour, a progressive income tax, the legalization of cannabis, and a massive $45 billion infrastructure program were just a few of the things they got done. Labor had a myriad of smaller, relatively unknown legislative requests, which had been piling up during Governor Bruce Rauner's hostile administration, and most of those were approved as well. President Carrigan told me last week that he's had a super-busy summer traveling the state explaining to unions all they'd managed to accomplish.

The tradition at the AFL-CIO is for the secretary-treasurer to move up to the top job when the president retires. President Carrigan did so with relative ease ten years ago, but Blackshere had to fight a tough campaign ahead of her 2000 ascension.

The current secretary-treasurer is Tim Drea, who started out as a coal miner and eventually went back to school (with me at one point) and worked his way up the ladder at the United Food and Commercial Workers Union. Drea is widely expected to seek the presidency. So far, no competition has yet emerged, and it's not known for sure who Drea will choose as his running-mate. Since the top leadership has been solidly white-male for the past decade, I assume he'll choose a person of color and/or a woman. Stay tuned.