Speaker Welch’s New Chair List Has "A Lot of Consistency” 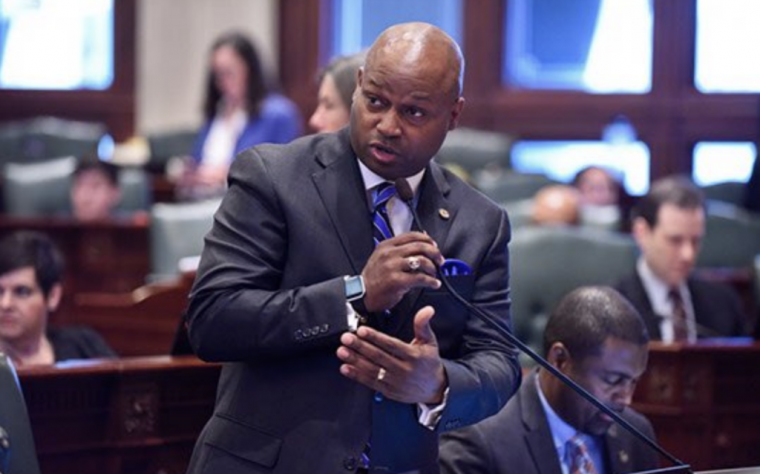 Just a couple of weeks into a job that most people couldn’t imagine being held by anyone other than the guy who had it for decades, Illinois House Speaker Emanuel “Chris” Welch is putting together a House that looks both familiar and different at the same time.

Speaker Welch’s first week included a rollout of his new leadership team, with a Black woman as Speaker Pro Tempore and fresh faces throughout. By the third week, we’ll see committee membership rosters and vice chairs. The following week will be the new rules.

House Republican Leader Jim Durkin told reporters he was “pleased” that Welch was allowing his party some input on the rules. Durkin told the Chicago Sun-Times’ Rachel Hinton that Welch suggested the two get together regularly for coffee or breakfast. I seriously doubt Durkin ever received such an invite from House Speaker Michael Madigan.

All of Welch’s new appropriations committee chairs are people of color. I asked Welch if there was any particular reason for this.

Welch said that when you look at the new chair list, “you're gonna find that there's a lot of consistency,” meaning several representatives retained their committee posts. Representative Mike Zalewski, for instance, is still chairing Revenue. “I think people were doing a good job. And they should be allowed to continue doing a good job. Again, I tried to recognize peoples’ requests and many of them wanted to continue doing the same thing that they were doing. And I think I was able to accommodate that.”

Up until his ascension, Welch had chaired the Executive Committee, which handles much of the bigtime heater legislation. Representative Bob Rita will take over that important helm. “He's someone that I know and trust with the tough issues that are going to come through that committee.”

Some of Welch’s members want Governor JB Pritzker to move legislators into the 1B vaccination phase so they can immediately receive their COVID-19 shots. Governor Pritzker has said they need to wait their turn.

“I understand what the governor’s issues are on that, and I respect his position. I'm going to take the vaccine when it's my turn. Other members have their personal thoughts on that, and I'll defer to them.”

Welch said he expects the new House rules will be “similar” to the Senate’s, which allow for remote committee hearings. The issue of remote floor-votes is being researched by lawyers, Welch said. But, he said, he’d like to “put that in the rules so that we have that flexibility.”

Last year, Welch publicly pressured the Illinois Department of Healthcare and Family Services to disclose data on the use of Black-owned businesses for Medicaid-related professional services, primarily through managed-care organizations. After finally prying the information loose, Welch then called on HFS to penalize MCOs for not meeting contract goals, and demanded that Attorney General Kwame Raoul step in. I asked Welch whether he intended to keep up the pressure.

“Anyone who knows me knows that I know my voice,” Welch said. “I'm looking forward to using my new voice to continue to highlight the issues that are important to me and to the communities that I serve and the core constituencies that our caucus represents, so I want to continue to find a way,” to continue pushing those issues, he said.