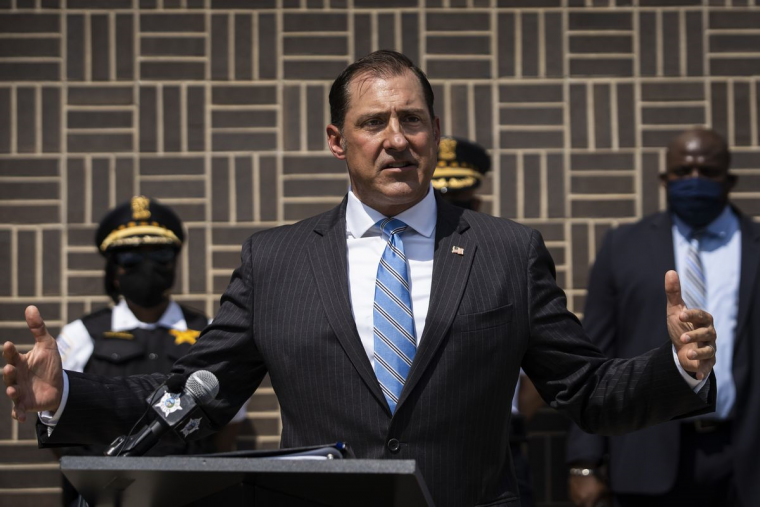 During both the impeachment proceedings against Governor Rod Blagojevich and the disciplinary proceedings that led to the expulsion of State Representative Derrick Smith (D-Chicago), the Illinois House was able to call witnesses. But because of ongoing federal investigations in both instances, the U.S. Attorney limited what some of those witnesses could be asked. Governor Blagojevich had been charged with multiple felonies and Representative Smith had been caught on audio accepting a cash bribe.

“We couldn't call certain witnesses because we couldn't ask them anything but their name,” explained an attorney who worked on both cases.

Last week, the House Republicans informed a Chicago newspaper that U.S. Attorney John Lausch had granted permission to call witnesses to the special House committee taking a look at whether disciplinary proceedings should be started against House Speaker Michael Madigan over his alleged role in a bribery scheme detailed in ComEd's Deferred Prosecution Agreement. The company, you certainly know by now, agreed to pay a $200 million fine for its alleged role, although it has entered a plea of “Not Guilty” for the time being.

Not so fast, said the committee's Democratic chairman, Representative Chris Welch (D-Hillside). The US Attorney, Welch claimed, “requested we refrain from seeking any materials or testimony related to [ComEd's deferred prosecution agreement] that is still confidential or anything in the possession of the federal government.”

In other words, Welch said, “We can call witnesses, but we can't really ask them any questions.”

The committee's next step was to draft a letter memorializing the conversation with Lausch and then send it to Lausch's office for a co-sign.

Representative Welch accused the House Republicans of playing political games. The Republicans were shocked, shocked that someone would ever suggest such a thing. Drafting a bipartisan response, therefore, proved impossible.

So, the two parties, evenly-divided 3-3 on the committee, each drafted their own, conflicting letters.

“We hope this clarifies the positions we described in our September 14 call,” Lausch wrote to the committee.

Nope. Not even close.

The House Republicans issued an immediate statement claiming that Lausch's response had given the committee “the green light to pursue all avenues of the investigation, including testimony and documents, that were articulated in the petition.” The petition forcing the creation of the committee was filed by House Republican Leader Jim Durkin and focused mainly on ComEd's deferred-prosecution agreement.

Welch, the committee's chairman, a successful attorney and a strong ally of House Speaker Madigan, claimed his read of Lausch's letter was that “information underlying the deferred-prosecution agreement beyond what is already public could be met with objection by federal investigators, and any further information collected by the federal government that informed that agreement is explicitly off limits.”

Lausch did reserve the right to object to specific testimony or documents. But he also said his office didn't object “generally” to the committee's “pursuit of testimony or production of documents,” even if the parties had shared the same information with the feds. The witnesses just couldn't say whether they shared that information with the government or what they learned from federal investigators.

“The feds say we can ask our own questions as long as we don't ask 'Did you tell the feds XYZ?’” is how one Republican put it.

So, I assume the Republicans could ask Speaker Madigan if he ever tried to get anyone appointed to ComEd's board of directors, or if he was aware of anyone in his ward applying for a ComEd internship program, or if he knew that people were being hired on contract with ComEd's money to do no-show jobs (the DPA alleges that all this and more was done to secure the powerful Madigan's favor). But would he answer the questions or even appear?

“If the GOP's objective is to get Madigan sitting in front of them unable to answer questions, then they won that one,” said one attorney close to the House Democrats. “If the objective is to actually do an investigation, then they lost.”

In the meantime, Welch set the next hearing for September 29 in Springfield. He also said he sent letters requesting testimony from Speaker Madigan and everyone on the House Republicans' witness list.