State Democrats Hoping the Census Numbers Align with Their Own 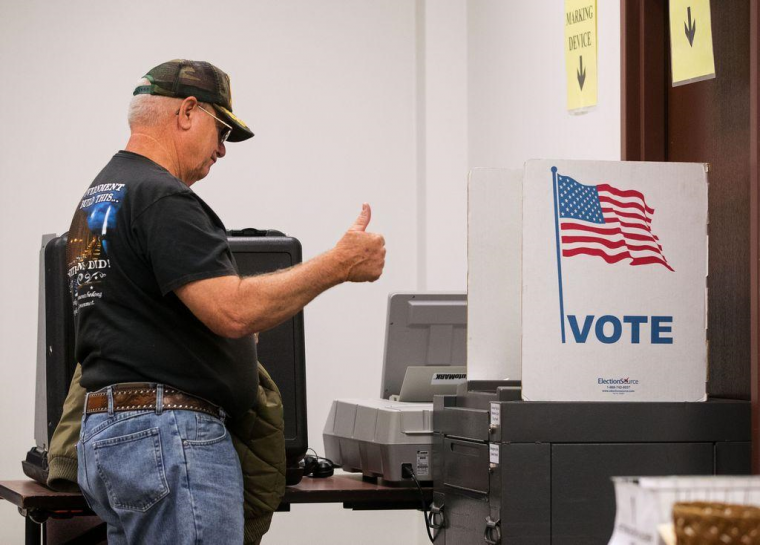 In the wake of last week’s Census numbers release, the news media has widely reported a seeming reduction in the number of white people, both nationally and here in Illinois.

“Census shows U.S. is diversifying, white population shrinking,” the Associated Press reported. “Overall, in the five collar counties, the white population declined by 183,869 over the past decade,” the Chicago Tribune reported.

But is that true?

The U.S. Census Bureau itself claims that racial and Hispanic-origin population-changes are “largely due to improvements in the design of the two separate questions for race data collection and processing as well as some demographic changes over the past 10 years.” The Census Bureau has been working since 2015 to find a different way to ask questions that yielded more informative and realistic results. And the Bureau now claims the tweaks it ended up making to its questions yielded “a more accurate portrait of how people report their Hispanic origin and race.”

In other words, while significant population increases, decreases, movements, and racial mixtures did undoubtedly occur, the new Census questions mean people are supposedly now more able to self-define who they really are, and that has resulted in a major change in the results.

“(T)he number of people identifying as white alone dropped 14 percent during the 10-year period,” the State Journal-Register reported on the Illinois results. “Meanwhile, the number of people who said they are white and at least one other race rose by 334 percent, or 820,879 people.” If the Census Bureau is right about the impact of its changes, then all those 800,000-plus people didn’t just materialize in the past decade. Many or even most were already here.

The same goes for Black people. “The number of people identifying as Black alone, about 1.8 million people, dropped 3.1 percent,” in Illinois, the SJ-R reported. “However, those who said they were Black and at least one other race increased by 76,243, or almost 89 percent.”

And the 15-percent increase here of folks with “Hispanic origin” may have as much to do with the Bureau’s new and “more accurate portrait” than an actual change.

Anyway, it’s food for thought, especially since legislative and congressional districts are drawn with those results in mind.

The annual American Community Survey is a very large poll, but it isn’t a meticulous head-count like the Census, so it isn’t quite as accurate. But because Census data wasn’t available, the House and Senate Democrats this past spring used averaged ACS data to draw state legislative maps.

How did that work out?

Well, in the City of Chicago alone, the ACS numbers used by Illinois Democrats appeared to undercount Hispanic-origin voters by 43,228, according to my consultant Frank Calabrese, who compared the ACS data with the newly-released Census count.

For all of Cook County, the ACS data the Democrats used for Hispanic-origin ended up being 63,495 fewer than the official Census count. In Lake County, where Latinx activists hoped to create a new majority-minority district, the ACS undercount was 15,690.

So what does this mean? We don’t yet know where those undercounted folks precisely are. Frank needed a few more days to plug the new numbers into the newly-drawn legislative districts.

If those undercounted Hispanic-origin residents mostly live in newly-drawn districts that lean or are majority Latinx, then that will help the Democrats in the legal challenge brought against the new maps by Latino organizations by boosting the final Hispanic-origin percentages in those districts. In other words, the newly-drawn districts may very well end up looking “better” than they did with the ACS numbers, as far as the legal case goes.

But if those undercounted folks do not live in the new Latinx-based districts, then the Democrats could be forced back to the drawing board before a judge rules against them.

Since we can’t yet get to the district numbers, I had Calabrese compare the county-level ACS results with county-level Census results. Legislative districts are supposed to be “substantially equal,” and courts in the past have generally defined that term as under 10-percent difference in population between districts.

The result of Calabrese’s inquiry was that no Illinois county’s ACS population used to draw the maps deviated more than 10 percent from the final Census numbers. Only two were even close. The average statewide deviation between ACS and the Census was 1.11 percent. The Democrats’ case could be helped again.