For State House Speakers Past and Present, “Normal” Lies Just Beyond the Vanishing Point 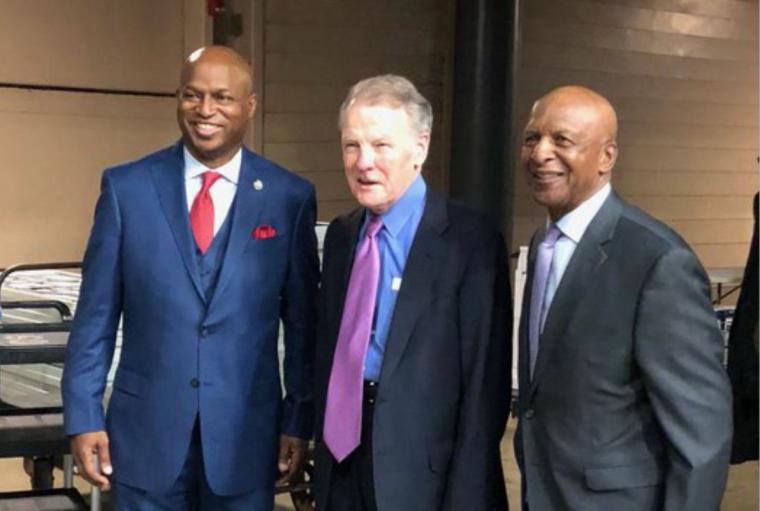 House Speaker Chris Welch marked his one-year anniversary as his chamber’s top leader with a series of news media interviews last week. One of the questions I asked was what his legislative district’s constituents were talking to him about the most.

“The number-one issue in my district, and this is across the state, is crime,” Speaker Welch said.

Welch said he is telling people in his district that he’s working on legislation to address carjacking, organized retail-theft, and other crime-related issues. He also said he’s talking to mayors and police chiefs in his suburban district about their ideas.

And Welch said he wants to put money into the state budget. “I want to make sure our police are properly funded, properly trained, properly educated.”

When told about Speaker Welch’s response, House Republican Leader Jim Durkin said, in part, “Democrats must just be getting their polling in, showing how disastrous their defund-the-police and anti-crime victim agenda has been with Illinois voters. Talk is nice, but actions are more important. Just last week, the Democrats again passed a law that gives accused criminals more rights than victims. It is no surprise that the number-one issue in Speaker Welch’s district is crime, because Democrats have created a consequence-free Illinois that has emboldened criminals.”

I’m hearing from people in both parties that current poll results are extremely ominous for Democrats, particularly in the suburbs. Welch told me he’s “well aware of the political climate as we head into the election season.”

I mentioned that former House Speaker Michael Madigan was often criticized for living in 1994, when Democrats were swept out of office after a massive, racialized anti-crime backlash. But, in a somewhat bizarre twist, it was Speaker Madigan’s strong support for the Black Caucus’ criminal-justice reform “pillar” as part of his last-minute attempt to hold onto power a year ago that resulted in the controversial bill’s passage. That bill has intensified the Democrats’ political woes.

Also, the Republicans drew the legislative district map ahead of that 1994 national blow-out. Madigan’s Democrats managed to hold on to the majority during the 1992 race, but lost it two years later (and then regained it in 1996).

As far as Leader Durkin is concerned, Welch was completely dismissive. “Leader Durkin has proven that he can't get past Speaker Madigan,” Welch said, adding that Durkin “is stuck in a partisan fight in his own mind, and so we've got to find other ways to work with members on his side of the aisle.”

Welch is disclosing that he has $12 million cash on hand in his caucus and personal campaign committee accounts. Madigan’s standard election-cycle budget was $30 million, but Welch’s operation also focuses on helping members raise money for themselves, which is not something Madigan ever did. Even so, he has a long way to go.

“There was never a fundraising apparatus within the caucus’ political side,” Welch said. “We’re also helping our members with their political messaging… From a social-media standpoint, we're providing them with content. That's never been done before.” He also claimed that his members “have had quite a successful year when it comes to fundraising.”

And with petition circulation kicking off last week, I asked Welch what will happen if any of his House Democratic members attracts a primary opponent. Will he step in to help with money and people?

“I have told our caucus members that it is my plan in every sense of the word to protect incumbent members,” Welch said. “And we will do that.”

By the way, I also asked Senate President Don Harmon what people in his district are telling him.

“What I’m hearing most,” Harmon said, “is a longing for something that resembles ‘getting back to normal.’ It is most often voiced in growing concerns about crime, schools and COVID.”