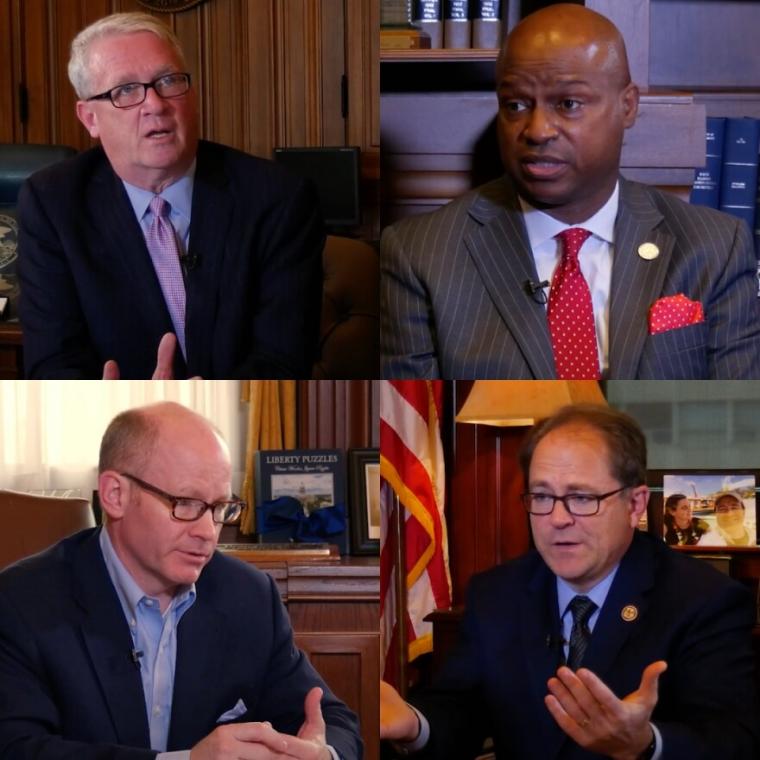 On the other hand, it was a pretty darned good day to be a young progressive Democrat or a Trump/Bailey-affiliated Republican. State Representative Delia Ramirez bested well-funded Chicago Alderman Gil Villegas in the 3rd Congressional District primary by a mind-boggling 42 points -  the same margin as Republican Senator Darren Bailey achieved in the governor’s primary.

All of Speaker Welch’s defeated incumbents were bested by talented challengers from their left. Representative Mike Zalewski (D-Riverside) helped found a caucus for moderate Democrats and voted against repealing the Parental Notification of Abortion Act. His ties to former Speaker Michael Madigan helped for years, but not this time, when they were effectively used against him. Z is a strong legislator, a friend to most, and is actually beloved by many progressive legislators, but the winds and the super hard-charging Abdelnasser Rashid got him.

Representative Denyse Wang Stoneback (D-Skokie) was elected as a progressive two years ago, but alienated the gun-law reform lobby as well as many colleagues and others during her tenure. The Gun Violence Prevention PAC went after her with a vengeance because she walked away from a landmark bill that G-PAC had negotiated. She’d also alienated her own state Senator, Ram Villivalam, and he and a host of area politicos pushed hard for Kevin Olickal, who basically ran on Stoneback’s 2020 progressive platform.

The Associated Press has declared US Representative Chuy Garcia’s ally Norma Hernandez the winner over Representative Kathy Willis (D-Addison). Hernandez ran a Chuy-style campaign - lots of family and friends networking, non-stop door-knocking, and making sure progressive Latinos got to the polls.

The Senate Democrats and their allies spent hundreds of thousands of dollars to back appointed Senator Eric Mattson (D-Joliet) against progressive Will County Board member Rachel Ventura, but Ventura won by 15 points, even though she raised only $19K all year. This is, needless to say, a big loss. After Senator John Connor decided to run for judge, the Senate Dems and local pols engineered Mattson’s candidacy and his eventual appointment to Connor’s seat, believing that Ventura could put the district on the bubble this November if she won.

The Senate Dems also supported Lamont Williams against Willie Preston in an open-seat race. Preston was up by eight points when he declared victory. The Williams campaign had a bunch of oppo on Preston and never used it. The charter-school group INCS spent heavily in the district for Preston, who had a host of endorsements, although his claimed endorsement by Secretary of State Jesse White proved to be false.

House Republican Conference Chair David Welter (R-Morris) and freshman Representative Mark Luft (R-Pekin) both lost. The Bailey campaign and people like Jeanne Ives put a big target on Welter’s back. Welter’s opponent Jed Davis was also a very hard worker and won by nine points with all votes counted except what was still in the mail.

Durkin also backed Arin Thrower in the primary to take on Representative Suzanne Ness (D-Crystal Lake). But Thrower is trailing the much more rightward Connie Cain by just 64 votes.

Jennifer Korte, another Bailey/Ives candidate backed to the hilt by Senator Jason Plummer (R-Edwardsville), is defeating HGOP-supported Joe Hackler by a 34-point margin for the right to take on Representative Katie Stuart (D-Edwardsville). The Durkin crew thought Korte was too far-right to have a chance against Stuart. Now they’re stuck with her.

Senator Bailey supported two Senate Republican candidates. One won. Bailey-backed Senator Win Stoller (R-East Peoria) beat the Jim Durkin-backed Brett Nicklaus by about two points. Durkin jumped into this race for Nicklaus after Travis Weaver announced against Representative Luft as a way of pushing back against the Senate Republicans and Weaver’s father, whom he blamed for the younger Weaver’s candidacy.

The Senate Republicans backed a candidate who ended up with bad opposition-research trouble, so they got out of the race.