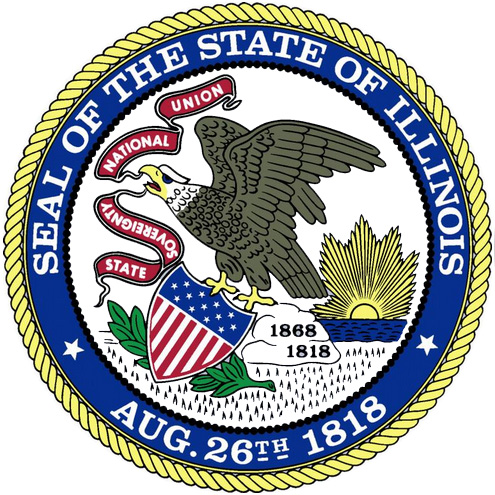 I’d been hearing since the end of May, when the General Assembly adjourned for the summer, that there were some problems with the state budget legislation which needed to be fixed. Some effective dates apparently weren’t drafted right. But, silly me, I failed to follow my own rules and didn’t read the bill (SB2800) for myself.

The scope of the problem was worse than I thought, but the most pressing issue was the House did not have nearly enough votes to correct its massive mistakes when the chamber returned to Springfield on June 16. It became a major test of rookie House Speaker Chris Welch’s influence.

The House and Senate got caught up in a heated dispute on the night of May 31 (the last scheduled day of session) over whether to fund legislative pay-raises. The House wanted to follow the Illinois Constitution’s clear mandate and fund them, but the Senate refused for political reasons.

So, at almost the last minute, the House cobbled together the state operating budget, including the pay-raise appropriations, with the capital budget (which the Senate was supposed to handle) and rammed the bill out of the House and over to the Senate at around 11:30PM. The Senate passed the bill not long after midnight. When the House hastily combined the two bills, however, nobody checked the effective-date language at the tail-end of the legislation.

The mistake means that the entire supplemental appropriation for the current fiscal year couldn’t be spent until almost a year from now. And tons of other programs, from tourism, to natural resources, to corrections, to employment security, to human rights, to, well, you can pretty much name it, wouldn’t legally have access to their appropriations until next June, either.

A plan was developed for Governor JB Pritzker to issue an amendatory veto to insert the proper effective dates. Accepting an amendatory veto on a budget requires a three-fifths vote in both chambers (36 in the Senate and 71 in the House). No way could Democrats count on Republican help. Republican moneybags Ken Griffin is still said to be angry at legislative Republicans for cooperating on the 2019 capital and budget bills, so if they helped the Democrats correct their massive errors, well, that would be the final straw.

The Senate has a huge Democratic super-majority, and it also has a remote voting rule, so dealing with the issue was no big deal.

The House was another story, however. Five House Democrats out of 73 were saying they couldn’t be in Springfield on Wednesday. Unlike the Senate, the House had no remote floor voting procedure, so it can only afford to lose two members before it fell below the 71-vote threshold required to accept the amendatory veto.

If Speaker Welch couldn’t get enough members to Springfield to fix this problem, the New York bond houses could’ve conceivably dinged the state’s credit-rating — and the state is only a tick above junk-bond status as it is.

Welch’s chamber made the drafting mistakes, and it was on Welch to fix them and, hopefully, never, ever do anything like this again. Last-minute, late-night budget-votes have been far too routine in Springfield. It really needs to stop.

In the end, Welch decided to temporarily change the rules to allow for remote floor-voting. The Republicans vigorously spoke against it, but two of their own members voted remotely (and against the budget fix, of course).

All but one of Welch’s members were either in Springfield or participated in remote voting.

Welch forced Representative Carol Ammons (D-Urbana) to resign from her leadership position last month and she has since been unapologetic about the controversies which led to her ouster.

Ammons claims she wasn’t aware of the remote-voting opportunity, but Welch said he tried to reach out to her and she never returned his messages.

Again, this is all too important to leave to chance or the whims of a single member. This stuff needs to stop.