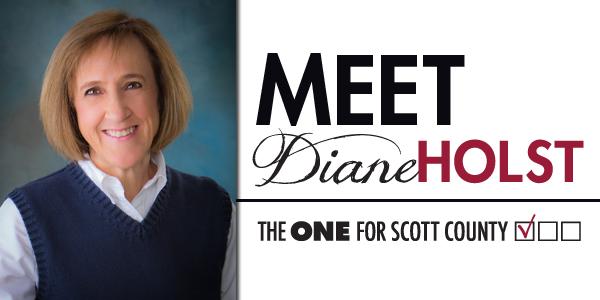 The trouble with today's voters is that most have compartmentalized their civic responsibility into the narrow confines of support for one of two political parties: Democrats or Republicans. Sadly, such narrow-mindedness misses the otherwise glaringly obvious truth that there are no longer two ideologically distinct parties in American politics. The two-party stranglehold on politics today is a sophisticated, fantastical ruse that has people locked into an arena mentality of win or lose at all costs, no holds barred.

Voters today can barely articulate what political ideology they adhere to, let alone that of the party they cling to for political relevance. Nor do voters have a clue what the candidates they vote for actually believe in. That would require research into their voting records (if incumbents), and exploring beyond advertising slogans and media and campaign rhetoric. But alas, that would require understanding one's own position(s) in governance matters in order to ascertain if candidates advocate similar principles and vision.

Instead, most voters justify their dizzyingly lazy participation by voting strictly along party lines, for whomever their party offers up, whether historically failed incumbents or new recruits who offer no measurable solutions by which to hold them accountable should they get elected.

In other words, voting has become a party-over-principle election mockery. This is made all the sadder by the underlying illusion of two ideological forces competing for power, magically resulting in some contrived balance of power until the next election.

That's why, when the rare exception to the overwhelming mediocrity that has come to characterize most candidates and their service surfaces, demonstrating authentic and informed stewardship, voters should circle the wagons by civically participating and supporting such a steward.

Otherwise, that rare and special gift to civil society will move on because he/she is a doer, and no longer able to tolerate the mediocrity that accrues to governance where a hive mentality prevails.

Such is the case with Scott County Board Supervisor (SCBS) Diane Holst. Her service has been the personification of what every voter, taxpayer, and resident should hope for in the men and women we elect to office – a steward and vigilant supervisor of government business, especially as it relates to how our tax dollars are spent to effectuate the public's best interests.

Diane came to every Board meeting prepared, having actually read the materials relevant to the week's agenda, performed due diligence, and asked questions that further informed the Board and the public. She consistently followed up when further clarification was needed so that she could be responsive to us, as well as make the most informed votes possible.

Diane feels an intense accountability to Scott Countians for her voting record. She has the uncommon capacity for remaining open to differing perspectives on issues, which allows her to consider all sides of an argument/position. She is able to find the common ground with stakeholders of an issue without compromising core governing principles that she was elected on.

Perhaps most important of all, Diane never lost sight of who the customers are – the taxpayers and residents of Scott County. She was able to steadfastly represent taxpayers' interests while simultaneously respecting county staff's contributions.

Her diplomacy and genuine engagement with county staff sets her far apart from most Board supervisors, past and present, who consistently forget who the customers are. Once elected, these so-called representatives morph into rubber-stampers of nearly all county spending, and into water carriers for area special interests, while simultaneously treating the public as a collective nuisance and taxpayers as a limitless funding source.

Every two weeks, Diane stopped in at the County Auditor's office to go over all the checks written for county expenses the weeks before. Not only was she respectful and appreciative of the staff's efforts, they were responsive to her due to the fact that she bothered to learn what they do and how much they contribute. She has been the only Supervisor routinely reviewing actual weekly expenditures.

The SCBS approves all capital expenditures. During one of her recent weekly reviews, Diane caught a significant discrepancy in what appeared to be an overpayment of approximately $100,000 to a vendor for a secondary road project. When she raised the discrepancy with the budget director, she learned that, while no mistake had been made, when cost overruns occur exceeding the Board-approved amount for projects in the Secondary Roads Department, change-orders are not required to be submitted for SCBS approval.

All other departments are required to submit change-orders for cost overruns. This begs the question: How many Secondary Roads projects have exceeded the Board-approved amount unbeknownst to the Board and to the public? And how would this have come to light without Diane's continuous oversight?

County Administrator Mahesh Sharma has continued his predecessor Dee Bruemmer's protocol of managing outcomes for public Board meetings by meeting privately with each supervisor the Friday before the following week's Committee of the Whole and Regular Board meetings.

There's no better way for a strong-staff/weak-supervisor governing model to flourish than for the county administrator to head off any substantive discussion of important issues in the public forum than to host these insider coffee klatches privately with each elected official.

This would certainly explain why, when supposedly new agenda items appear during subsequent Committee of the Whole meetings, there are precious few questions and very little discussion from Board members for inclusion in the Auditor's meeting minutes for public consumption. While apparently legal, as these individual briefings do not violate Iowa's Open Meetings law (because the meetings are held with one or two Supervisors at a time), it certainly appears to violate the spirit of doing public business in public view.

Which brings us to the ever-looming controversy over the Scott County Board of Supervisors' refusal to implement audio recording of the Board's meetings. For years, the SCBS has resisted recording its meetings, clinging to tired excuses such as potential board-member grandstanding, equipment unreliability, and cost and staff requirements to implement and maintain a recording policy that includes posting recordings on the county Web site.

Most of the public sector world is recording meetings yet SCBS refuses to catch up, even with professional, fully operational audio-recording equipment installed in its board room during its renovation. This recording equipment was mandatory because the State of Iowa requires the Board of Supervisors record all its closed-session meetings. To wit, the recordings are of high-enough quality to comply with state law, and are also admissible in court. There is no acceptable rationale for the SCBS refusing to push the record button during meetings, then just as easily convert and upload the digital recording to its Web site for the public's listening pleasure.

Diane, with the bipartisan support of Supervisor Brinson Kinzer amidst overt resistance from her own party peers – Supervisors Carol Earnhardt, Tony Knobbe and Ken Beck – repeatedly brought the topic of recording meetings forward for consideration, or at least discussion, to no avail (the vote was always two for and three against). County Auditor Roxanne Morita records the meetings despite supervisors' refusal to adopt an official policy to do so, however she isn't permitted to post them at the county Web site – yet.

Meanwhile, on behalf of Scott Countians, Diane has recorded nearly every meeting she has attended as supervisor for the past four years, using her own personal recorder to provide a most reliable audio record during her term.

It is interesting to note that Diane's interest in civics was sparked four years before her candidacy for Supervisor, when a new tax suddenly appeared to support the newly established 28E Scott County Emergency Communications Center (SECC911). This entity emerged with a no-cap (unlimited) taxing authority for the implementation and maintenance of consolidated dispatching for Scott County and surrounding areas. So far, since it's inception nearly a decade ago, SECC911 expenditures have exceeded $30 million and still we have no consolidated dispatching.

Diane's curiosity pushed her to attend every SECC meeting, and its sister Technical Advisory Committee (TAC) meetings for four years before she eventually decided to run for Supervisor in an effort to help inform the public about this significant ongoing budget expenditure with its unlimited taxing authority.

Once elected as Supervisor, Diane continued to attend all EMA, SECC911, TAC, and radio meetings in order to keep tabs on SECC911, including the recently approved purchase agreement for a new estimated $28 million communications system for central dispatching regionally across the county, including Rock Island County. She steered the SECC director to follow Iowa Open Meetings law, ensuring access for the public to attend these meetings, as well.

Diane also attended Scott County Plan & Zoning Commission meetings, especially during 2014 and 2015, where she became intimately familiar with the pros and cons of Scott County's courting the massive industrial polluter Orascom to develop a fertilizer facility in the middle of Scott County farmland, atop the finest soil on the planet.

And now, as Diane finishes her term, it is on the heels of a consultant study that claims we are $300,000 short of adequately compensating county employees compared to other organizations with similar operational parameters. When Diane asked to see the study, she was initially denied access to it, including any comps used in the consultant's comparative analysis that were culled from the private sector, instantly undermining, and rightfully so, the reliability/veracity of any conclusions that can't or won't be subject to the Board's review.

Diane made the difficult decision not to run for another term because she was not comfortable continuing to take taxpayer-provided compensation when she was unable to supervise according to her promises. From where her supporters sit, however, her departure is a terrible blow to governance in Scott County.

Diane cast principled vote after principled vote, courageously standing alone most of the time. Her party peers on the Board consistently frustrated those votes with their hive-like approval of nearly all expenditures that presented.

Regardless, Diane leaves the Scott County Board of Supervisors utterly secure that she did not waiver once from staying resolute and true to her promises of transparency, due diligence, and of reviewing all county business before her through a primary filter of its impact upon county taxpayers, and then a secondary filter of limiting government spending to that which is necessary, and not merely indulgent.

If all elected representatives conducted themselves with half the conviction, intelligence, accountability, work ethic, and integrity of Diane Holst, we would rock this country with prosperity, justice, and peace. Thank you, Diane, for every second of it!