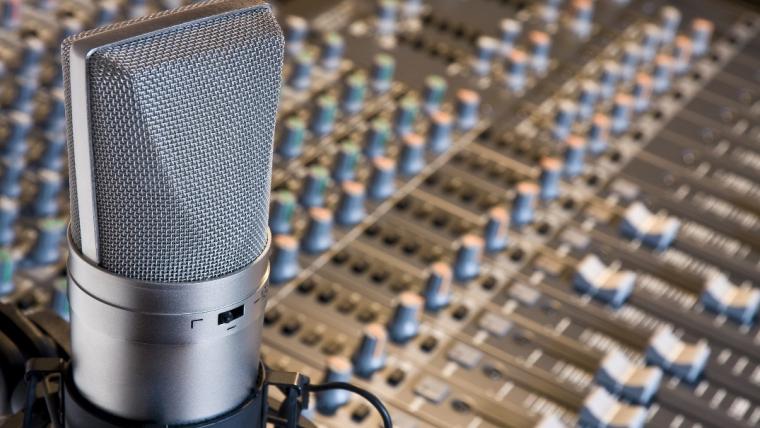 On April 19, 2018, the Scott County Board of Supervisors (SCBS) voted 3-2 against posting the Board's audio-recorded meetings at both the Board and Auditor Web sites (audio: rcreader.com/y/scbs1). Supervisors Carole Earnhardt-R, Tony Knobbe-R, and Ken Beck-R voted against, while Diane Holst-R and Brinsen Kinzer-D voted in favor of this fundamental public good.

Supervisors Earnhardt, Knobbe, and Beck vote as a block on nearly every agenda item, very akin to a hive mentality. To date, this particular hive has rarely seen a budget increase in spending it won't support, including the $50,000 budgeted for recording and posting meetings at its Web site. So it begs the question: Why would this same hive vote against posting audio files of the meetings currently being recorded, especially when doing so is one of the priorities listed in its 2018-and-beyond strategic plan

Supervisor Earnhardt played the political card, accusing Supervisors Holst and Kinzer of posturing for bringing the motion to post the audio files in their current format. Kinzer promptly corrected her by pointing out that the motion was bipartisan due to both his and Supervisor Holst's support. Not to mention, Holst is not running again (a discussion reserved for another day because her loss as a steward for Scott County residents is immeasurable), negating any political motive on her part.

During the April 17 Committee of the Whole (COW), Supervisor Holst asked, “What is the downside of posting the audio files as is?” Not surprisingly, no reasonable objections were forthcoming. (Hear the discussion at rcreader.com/y/scbs2.)

Supervisor Beck claimed that due to the quality of the recordings, the public could potentially “misinterpret” its proceedings because whomever is speaking might not be discernible. When asked if he had actually listened to any of the recordings (available to him and the public at the auditor's office), Beck admitted he had not, defending his position by claiming Roxanna Moritz, Scott County's auditor, agreed that the recordings should be indexed.

Indexing means that the audio file can be tagged in a way that allows the listener to go directly to a specific agenda item, rather than waiting the few seconds it would take to fast-forward to that same point. While a useful feature, indexing has nothing to do with the listening quality of the recording.

Supervisors Earnhardt and Knobbe parroted their desire for a professional recording system, citing the need to first consider options for “topnotch” production features. What escapes them is their own lack of professionalism in running board meetings. According to Roberts Rules of Order, proper protocol dictates that the board chairman (Knobbe) announce each speaker before comments are made, especially for clarification in the recorded minutes of the meetings.

SCBS adopting Roberts Rules of Order would not only assuage Supervisor Beck's concerns regarding potential misinterpretations; identifying speakers during meetings would instantly advance the professionalism Supervisor Knobbe “can hardly wait for.”

The controversy here is that the meetings are already being audio recorded, but not posted for the public to hear. County Auditor Moritz fully supports posting them. She recently petitioned the Board to allow her to post the audio files at the Auditor's Web site, including transcribed minutes of both the COW and regular meetings verbatim from the audio recordings, but was denied (rcreader.com/y/scbs3).

County Assistant Administrator Mary Thee confirmed that closed-session meetings are always recorded for legal back-up as required by Iowa law. And while Thee claimed there has been occasion where a closed-session recording was not clear enough to be admissible in court, by and large, the recordings' quality suffices. If the current closed-session recordings meet the statutory standard (rcreader.com/y/scbs4), then that same standard is good enough for We the People.

The good news is that Auditor Moritz's efforts have recently resulted in much more detailed written minutes for both the COWs and regular meetings. To her credit, she substantially upgraded the written record, providing much needed context.

Prior to this year, the COW minutes were bare bones, minimally showing the times in which meetings were called to order and adjourned, and a capsulized list of agenda items to be discussed. Missing from the minutes were discussions, comments, presentation details – in other words, all relevant context. In addition, regular meetings included the Ayes and Nays relative to motions, resolutions, and votes taken, but again, no meaningful context.

Scott Countians can express their appreciation and support Auditor Moritz's efforts by making a habit of logging on (rcreader.com/y/scbs5) and reading the minutes, and thereby participating civically.

Meanwhile, Supervisors Knobbe and Beck assure that public access will be taken up again this coming July. What this means is unclear. Either the hive will finally approve posting the audio files at that time, or it will embark on a long involved procurement process, further delaying public access.

It is important to underscore that the majority of public-sector meetings and proceedings are recorded as a de facto best practice in the spirit of transparency and public participation. Recording this board's meetings, but then refusing to make those recordings available to the public, is de facto obstruction.

During the April 17 COW meeting, discussion skirted around the edges of public interest and unintended consequences, with Supervisor Knobbe remarking that he represents 177,000 constituents, and doesn't ask every one of them how he should vote on matters, since he was elected to represent them.

This rationale is such a common, albeit misguided, meme among politicians that it is likely a coached response. The notion that because you won an election you now have carte blanche to vote however you see fit is antithetical to representation.

True representation as a county supervisor requires constant due diligence, rigorous data analysis, seeing the field, and considering multiple options and outcomes for policies, programs, and spending. Most importantly, however, supervisors' mandate is the stewardship of Scott County residents' tax dollars versus morphing into strict advocates of county budgets. Operating in such a bureaucratic vacuum leads to eventual board irrelevance, as political hubris ignores the bothersome truth that We the People are the boss of them.

The associated expense to post existing audio files is nominal. Adding additional features to enhance users' experience can be improved over time. Meanwhile, denying public access to that which already exists gives rise to deserved suspicions as to why.

Maybe it's that the Board's COWs and regular meetings would be revealed as perfunctory? There is very little discussion of agenda items, even after various department managers present their respective detailed information to the Board. With the exception of Supervisor Holst, whose diligent preparation is consistently evidenced by her relevant questions about said details, it is mostly crickets.

One could conclude that the Board lacks the interest or preparedness for in-depth inquiry during the COW and/or regular meetings. More likely, however, is that agenda items have already been hashed over, away from the public eye – perhaps during the individual review meetings that take place the week prior to the COW and regular meetings. Bi-weekly one-on-one reviews occur separately with each of the five supervisors and the County Administrator Mahesh Sharma? These private little coffee klatches smack of subversion, but might appear less so if the same content shared in those reviews was rehashed robustly during the public meetings, then posted for public review.

Finally, a second motion to change Board meeting times was made by Supervisor Kinzer and also supported by Supervisor Holst, but defeated by the hive in its typical 3-2 voting alignment. The motion attempted to change the COW and regular meeting times from 8 a.m. and 5 p.m., respectively, to 7 p.m. for both, providing the public more convenient access to attend meetings. By posting audio files of the meetings at the county's Web site, the public can at least attend meetings at its own convenience.