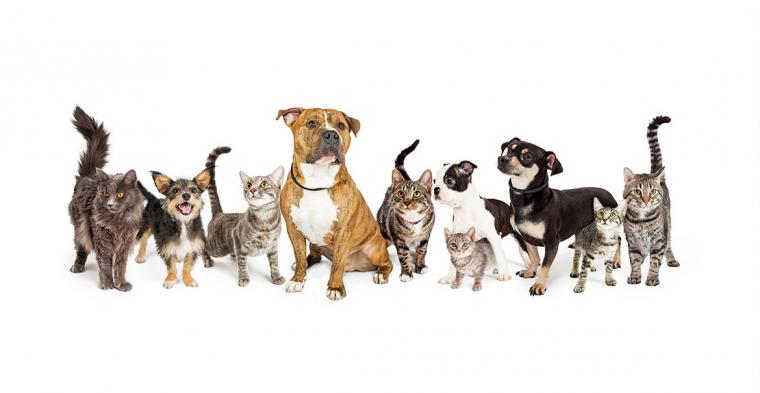 Let’s assume you love cats and/or dogs. And you see an ad for The Humane Society of the United States (HSUS), on television or on the Internet (RCReader.com/y/hsus1). Do you get emotional over the sight of stray cats or dogs living in Dickensian squalor before being euthanized? And do you consider writing out a check to the national organization based on the work it does on behalf of those animals, consistently depicted in rescue shelters?

It’s an impulse you may want to reconsider.

A very small percentage of the HSUS’s funds support local animal shelters. HumaneWatch, the Society’s fiercest critic, has, over the years, placed numbers at 1 percent (RCReader.com/y/hsus2) and lower. HSUS, for its part, denies making false claims (RCReader.com/y/hsus3) in order to play on donor confusion for its own enrichment (while causing shelters who share the name "Humane Society" to consider a change).

According to HSUS's public-disclosure tax return Form 990 (RCReader.com/y/hsus4) the national nonprofit took in grants, donations, and revenues of $126 million in 2016 and $133 million in 2015. Starting on page 43, the list of grants to entities outside the U.S. total just over $2.1 million, of which $1.7 million was listed as General Support for Europe, Canada, and Mexico. The first page of "Grants and Other Assistance to Organizations, Governments, and Individuals in the United States" starts on page 50, and the stateside total totals just over $9.5 million. While grants to other organizations totaled just over 9 percent of funds raised, it's worth noting that nearly $3 million of this went to the Humane Society International in Washington, D.C., and nearly $400,000 went to D.C. rent for lobbying activities.

Meanwhile, the funds granted to programs or organizations for specific incidences of hands-on treatment with pets (which I broadened to include horses and birds, in fairness to the neglected beasts) totaled only $278,813, or two-tenths of one percent of its total 2016 budget. The HSUS disclosure report provides short descriptions of the $500 grants that assisted for a stray cat eye operation, or removing a dog's tumors. But three organizations who received $5,401,785 only warranted the description "General Support."

HSUS’s defenders have accused Richard Berman, a Washington lobbyist on behalf of tobacco, meat products, fast food, and alcohol, of promoting a right-wing agenda. His non-profit entity, The Center for Consumer Freedom (CCF), operates HumaneWatch. Orwellian overtones in the entity names aside, one cannot blame all the scandals emanating from HSUS in recent years on Berman's machinations.

Did someone see Berman pulling the strings of the women who brought allegations against their Chief Executive Officer (CEO), Wayne Pacelle, who, since 2005, had reportedly harassed a number of female subordinates sexually? What about the three other women who were either fired or busted down the ranks for trying to bring Pacelle’s behavior to light? Or the decision of HSUS to hire the Washington law firm Morgan, Lewis, and Bockius in January 2018 to investigate the validity of the subordinates’ stories? Or certain female leaders, such as Rachel Perman, the Director of Charitable Giving at Tofurky, a vegetarian food company that had contributed $30,000 to HSUS over the past two years, who had reached out originally to all 31 HSUS board members to warn them of the stories about Pacelle’s rampaging libido – and the only one who deigned to respond, Erika Brunson, who e-mailed her on November 2017 concerning the allegations – and that was to berate her (RCReader.com/y/hsus5)?

Pacelle resigned his post in February when threats of contributors discontinuing donations based on such allegations made his position as CEO untenable. He’s hardly the only instance of perfidy at the organization, though. The extent of it is to make any person ask him/herself: What, exactly, am I supporting here?

Of the funds HSUS receives annually, those that don’t go into their listed programs (RCReader.com/y/hsus6) go toward fundraising events, lobbying, pension plans, and compensation packages. After you factor the joint-cost expenditures from the budget (lobbying, pensions, management, special programs, et al), the fundraising figures would have to be considerably higher than that: according to that 990 Form, HSUS claimed total fundraising expenses for FY2016 of $38,524,244. Charity Navigator, a watchdog organization, recently downgraded HSUS's status (RCReader.com/y/hsus7) from three stars to two, and rated its financial status an abysmal one star. The Better Business Bureau’s Wise Giving Alliance (BBB-WGA) has revoked HSUS's accreditation as a charity (RCReader.com/y/hsus8, 9). And the fallout from Pacelle’s transgressions have led Animal Charity Evaluators (ACE) to rescind its 2016 Standout recommendation (RCReader.com/y/hsus10) of HSUS’s Farm Animal Protection Campaign.

Before his ouster, Pacelle, who was quoted as saying (RCReader.com/y/hsus11) he wanted to create "an NRA of the animal-rights movement," was thought to be pushing HSUS’s agenda more in the direction (RCReader.com/y/hsus12) of The People for the Ethical Treatment of Animals (PETA). This animal-rights group's slogan reads, "Animals are not ours to eat, wear, experiment on, use for entertainment, or abuse in any other way." (They have little to say about animal welfare, without which talk of rights is spurious.) There is irony present, and not just in Pacelle’s penchant for treating his female staff as meat.

There’s also the matter of ethics, as in HSUS was prosecuted under the Racketeer Influenced and Corrupt Organizations (RICO) Act – you know, the law that targets mobsters – because they were so lacking in them. HSUS, along with PETA and the American Society for the Prevention of Cruelty to Animals (ASPCA), brought suit against Feld Entertainment (RCReader.com/y/hsus13), the company that, until recently, owned and operated Ringling Brothers. Animal-rights activists for HSUS’s prosecution claimed the circus was harming elephants in its care. Their key witness? A former Feld handler. Did he testify? He sure did (RCReader.com/y/hsus14). Was he paid to? Was he ever!

The case, which began in 2000 was tossed out in 2009 when the extent of the prosecution’s perfidy unfolded. Feld countersued HSUS (RCReader.com/y/hsus15) and friends under RICO statutes. HSUS and its co-defendants agreed to pay Feld (RCReader.com/y/hsus16) $15.75 million.

Despite the consistent barrage of marketing that associates HSUS with rescue shelters for discarded and abused pets, your local shelter receives the equivalent of pocket change from HSUS, if it receives anything at all. Donate to your local shelter, instead.