Tax Feeders Declare a Truce at the Trough 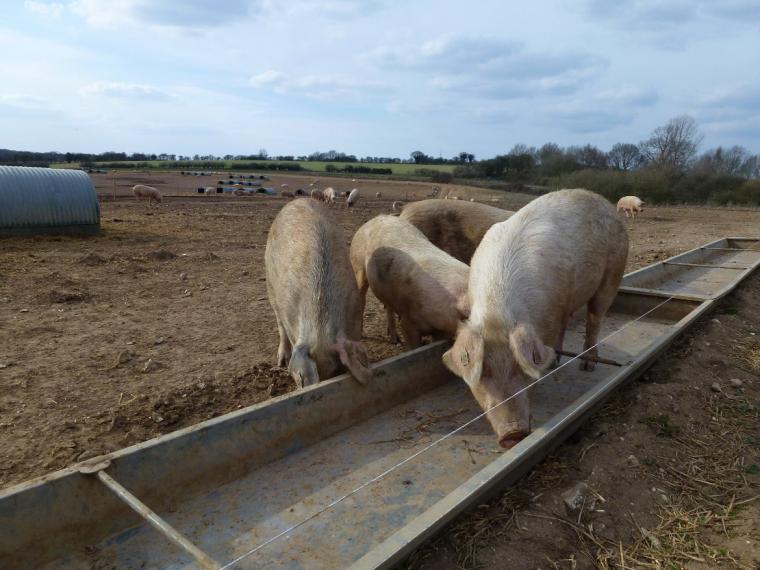 It seems natural that people competing for scarce taxpayer dollars would argue about why their area is more deserving and others less so. But we don’t see that. School superintendents don’t complain about business subsidies, mayors don’t criticize the cash paid to state universities, and Medicaid advocates don’t denounce state-paid agriculture marketing. The people who receive government money in one area simply don’t complain about other areas of government spending.

That’s because there is a Trough Truce: The people feeding at the trough of public dollars implicitly agree to never criticize when other spending interests receive money. Instead, they advocate for more tax dollars. There’s an unwritten agreement for the community of interests paid by public dollars to keep the peace among themselves and use each other to advocate for more resources for all trough-feeders.

It’s a strategy that turns competitors into friends. The people who might become each other’s fiercest critics instead become allies in grabbing resources from taxpayers.

This is why tax-hike coalitions get so many partners. There was a tax-hike vote last fall for more transit in southeast Michigan that attracted a wide group of supporters. Environmental groups, fitness advocates, a union for nurses, and even a cancer-awareness group signed up to support it. It is doubtful that each of these groups thought that transit spending was the best way public dollars could improve the environment, encourage exercise, give nurses better pay, or improve cancer awareness. But the tax increase would mean more public dollars.

The truce, however, undermines the tactics that interest groups can use to pursue their own, specific goals.

There are not many options. More money for local governments could mean cuts elsewhere in the state budget. It could mean higher taxes. But the league does not address the question.

A more effective technique might be to exploit the halo that some voters place on police and fire services as opposed to other areas of state spending, like the state’s licensing department. Yet the truce prevents advocates for local government from comparing the two.

The Trough Truce creates a kind of cartel whose members stick together to add to their mutual pot of resources. The downside is that the failure to compete over resources means there will be winners and losers if that pot of resources is reduced. Political clout and maneuvering will determine which cuts take place, and some members of the cartel won’t be able to protect themselves.

The truce may only go skin-deep, however. Battles over exactly how many taxpayer dollars go where happen behind closed doors in budget negotiations. There, the state police might claim that higher education appropriations are a waste of money. But if they do, such criticisms are never made public.

Michigan is currently arguing about whether to drop the state’s income-tax rate by a modest 0.35 percent, letting people keep a bit more of what they earn each year. A watered-down bill would let taxpayers keep $195 million more in the first year. The knee-jerk reaction from politicians within the truce is that this is just too much money. The recent $780-million spending increase in the state budget? That’s business as usual, just doing what needs to be done.

The Trough Truce is an advantage that the spending interests have over people who want to limit government. But it is not an insurmountable problem. Taking it on is something that think tanks, activists, and advocates are geared for. We broadcast compelling messages about free-market policies to people who will listen. We try to persuade people who are skeptical. We find new ways to save taxpayers’ money. We nudge lawmakers in the right direction.

We also have an advantage over the people in the Trough Truce: We can speak the truth about government spending.

This article was originally published by the Foundation for Economic Education (FEE.org).