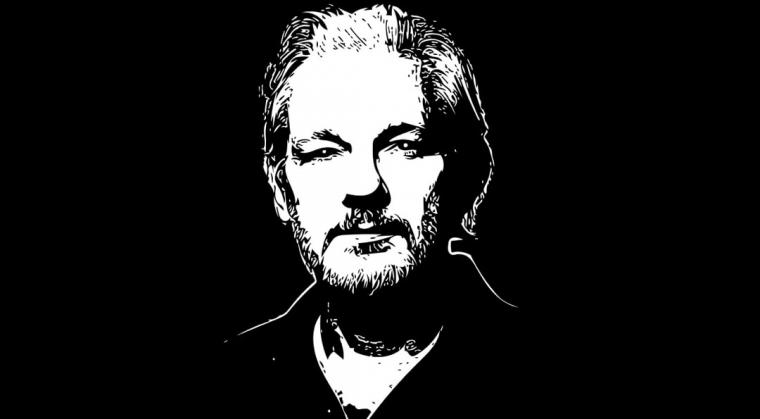 Julian Assange once said, “The overwhelming majority of information is classified to protect political security, not national security.”

As someone whose life’s work before his imprisonment was combing through documents of an often classified nature, he’d have been in a prime position to know. He’d have seen time and time again how a nation’s citizenry are not under the slightest threat from the secret information in the documents that had been leaked to him from around the world, but that it could damage the reputation of a politician or a government or its military.

As the persecution of the WikiLeaks founder continues to trudge on with the U.K. government’s granting the Biden administration permission to appeal a declined extradition request, claiming that it can safely imprison Assange without subjecting him to the draconian aspects of America’s prison system which caused the initial dismissal, it’s good to keep in mind that this is being done entirely for the purpose of controlling public access to information that is inconvenient for the powerful.

The prosecution of Julian Assange under the Espionage Act is being touted by the U.S. government as a matter of national security; you can’t simply allow journalists to publish classified information about the things its military forces are doing in the nations they occupy, because that could endanger American lives.

Leaving aside the fact that the Pentagon already admitted years ago that it could not find a single instance of lives being lost due to the publications for which Assange is currently being prosecuted, this case is not and has never been about national security. This case has always been about narrative control.

The U.S. government is not afraid that unauthorized publication of government secrets will lead to Americans being killed, it’s afraid it will lead to their knowing the truth. The powerful understand that narrative control is everything, and that an entire globe-spanning empire depends on keeping the masses from having a lucid perception of what’s really going on in the world. There is an unfathomable amount of power riding on their ability to continue doing this.

Assange isn’t in Belmarsh Prison for doing something wrong, but for doing something right. For trying to give the public information which will help them form a truth-based worldview so that they can make intelligent informed decisions about where they want to collectively steer society together. Because the oligarchic empire depends on the ability to manipulate the way people think, act, and vote to benefit the powerful, this was like handing someone who’s being groomed by a sexual predator a guidebook of all of the psychological tactics that are being used.

This good deed could not go unpunished.

Nothing WikiLeaks published endangered the American people, it endangered a globe-spanning empire’s ability to control our understanding of what’s happening in the world. This was a most egregious offense as far as our rulers are concerned, and it could not be allowed to stand.

So an example is being made. In less polite times, Assange would have been tortured and drawn and quartered in the town square while the king looked on sipping from a goblet of mead. In the days of polite liberal democracy, our rulers must remain hidden, and they must publicly torture dissidents to death in the name of national security concerns.

Beneath all the spin and excuses, this is all being done to show everyone what happens to you if you reveal embarrassing truths about the most powerful people on earth. If you compromise their political security. It’s telling the world, “If you ever try to interfere in our control over the dominant narratives, this is what we will do to you.”

And whether we fully understand what’s really happening or not, that’s the message that is being ingested here. Journalists who find themselves in a position to publish such things going forward will find themselves thinking thoughts about what happened to Julian Assange.

This is why it’s so important that they don’t win this case. We cannot allow ourselves to be cowed away from the truth in this way, or else we’re flying blind. We’re unable to obtain information which will help us steer society in a truth-based direction.

The Assange case receives so much attention not because of interest in one man’s fate, but because of interest in everyone’s fate. If humanity is ever to turn away from its self-destructive patterns and create a healthy world, it will necessarily need to do so guided by the light of truth and transparency. As long as the powerful are able to keep us confused and deluded using propaganda and government secrecy, such a world will never come into being

Publisher's Note: According to an August 11, 2021 article at ShadowProof.com by Mohamed Elmaazi and Kevin Gosztola titled “In Assange Extradition Case, British High Court Expands U.S. Appeal,” “The High Court judges also concluded that a separate ground of appeal, previously rejected by the court, can now be argued by the U.S. government in the appeal hearing scheduled for October 27 and 28.”

Caitlin Johnstone is an Australian (where Assange is from) independent journalist whose further writings can be found at CaitlinJohnstone.com. Visit and subscribe to ShadowProof.com for further updates on Julian Assange's status as well.