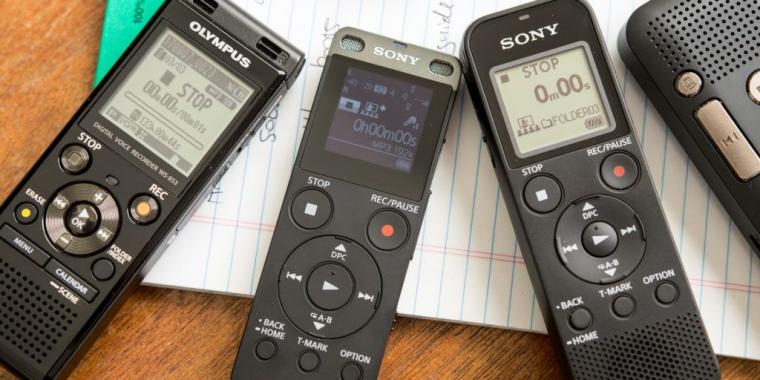 Tony Knobbe is fast proving to be a questionable choice for Chair of the Scott County Board of Supervisors. As a former banker (an executive for Wells Fargo in Davenport), is it any surprise that he appears to be institutionally incapable of comprehending that transparency is the best practice for a publicly elected board?

The wisdom behind “what they do is who they are” clearly applies to Supervisor Knobbe and Board minions Supervisors Carol Earnhardt and Ken Beck, who predictably vote in unison as a cabal of three. And even though these three supervisors claim to support recording minutes publicly, in private they are circling the wagons to circumvent it.

So heads up, Scott Countians: This means all eyes on them, because each is saying one thing but doing quite another relative to providing audio recordings of all Scott County Board of Supervisors Committee of the Whole (COW) and Regular Board meetings.

In the County's February 13 budget meeting (showing $50,000 allocated to recording meetings), Supervisor Earnhardt declared that, in the 21st Century, technology makes recording meetings de facto, and it's time for Scott County to step up and provide audio recording, too. She could not be more right.

Sadly, her faux commitment to such transparency quickly revealed itself with her provisioning that the county only use state-of-the art equipment and software that provides granular playback synced to the agenda items. Supervisor Beck further backed her work-around with his suggestion that the Board “do a study,” which for this crew means hiring a consultant to show them the way. This effectively stalls any action on the matter until … when?

Their collective ignorance of the technology necessary to record and post audio files of public meetings is a glaring reminder that fossils currently run the show. Why doesn't the board simply direct staff to turn on the same recording equipment they use when they go into closed-to-the-public executive sessions? Staff seems to have no problem fulfilling that statutory mandate. There's no need for a $50,000 budget item to modify the equipment or convert the recording process used for executive session to accommodate the public meetings, too. Staff can readily post an MP3 file to the county Web site, right next to the PDF file that contains the written meeting minutes.

The simplicity of an MP3 file provides the greatest access to the public, because nearly every computer made in the last decade has the built-in audio capability to play an MP3 file easy-peasy.

It should be noted that Supervisors Diane Holst and Brinson Kinzer are wholeheartedly in favor of recording and posting all meetings to the county Web site. Supervisor Holst has been recording all the meetings she attends on her own and often uploads them to her own Web site in case there is public interest. She had to fight against the previous Board to even have her recording device on during meetings. Former Chairman Jim Hancock was hostile about such a practice and hotly contested such recordings. But Holst prevailed, nonetheless, in not only the spirit of the law, but in staying true to her promise of transparency.

Deliberately thwarting audio recording of board meetings begs the question: What possible downside could there be for the Board to decline this purely professional, inexpensive, easily implemented, and thoroughly transparent policy on behalf of Scott County residents and taxpayers? Especially knowing it has the backing of the Scott County Auditor Roxanna Moritz (who is responsible for documenting and publishing the minutes), who is a strong supporter of both audio recording and an expanded written record. It was Auditor Moritz's objections to a purchasing-card policy that were scrubbed from the minutes that finally brought more scrutiny to this common sense issue.

Knobbe, Earnhardt, and Beck need to revisit Chapter 21.1 of the Iowa Code governing open meetings for public entities. The Declaration of Intent states, “This chapter seeks to assure, through a requirement of open meetings of governmental bodies, that the basis and rationale of governmental decisions, as well as those decisions themselves, are easily accessible to the people. Ambiguity in the construction or application of this chapter should be resolved in favor of openness.”

The pushback from the Board is so curious when you consider the benefits that recorded minutes provide, such as an unfiltered and complete record of the meetings, for starters. There is no ambiguity in an audio file. It completely eliminates subjectivity in minute-taking, and provides a far more robust record of the who, what, when, where, why, and how of the country's business – especially the who.

From a purely economic perspective, the minutes could arguably be annotated to satisfy the arcane law that requires them to be posted in a subscription-based newspaper, with a reference pointing to the full record online at the County's website. Before the Internet, this law provided a definite public good as a communication tool between local governments and the public. Today, however, the requirement to publish minutes in full has become a lucrative revenue stream for community newspapers who have the contracts to publish said minutes.

It should come as no surprise that the Quad-City Times came out against audio files as an official record of public meetings, and for more accurate and detailed written minutes instead. The lengthier the minutes, the heftier the invoice to taxpayers. In its typical ivory-tower fashion, the Times conflates the issues, admonishing all that they know the obvious solution. No one has promoted audio files as an “official minutes” record, nor does the law allow it. Audio recordings (which the Board already maintains in closed session) are the backup to whatever the subjective written minutes reflect and provide the public unfiltered access to important meetings held at times inconvenient for the public to attend. Audio files are a simple, cost-free measure to hold elected officials more accountable for their actions.

Historically, the written minutes of the Committee of the Whole have been reduced to roll calls, listings of agenda items, votes (if any are taken), and convene/adjourn times. However, it's important to note that it is during the COWs that all the relevant discussion of agenda items takes place (at least it's supposed to) in the open for public consumption.

This bare-minimum record directly defies the intent of open meetings in spirit and in fact(s). For too long, the minutes have not included any of the important interaction between supervisors and staff (when it actually does occur), or the public's comments when they are presented. The public is given no hint of how staff presented county business for deliberation, how supervisors arrived at their decisions, what the exchanges between them were about, who does or doesn't support which issues, what objections do or don't exist. In other words: all the meaningful information that informs the public how their elected representatives are actually supervising, and whether their stewardship of our tax dollars is meritorious.

Instead, what flows from this minimal communique is an unfortunate sense that the Board rubber stamps whatever county staff puts before them. Supervisors appear to be nothing more than a formality in the process. Posting audio recordings of meetings has the potential to bring more accountability to the Board, and by association to the entire county bureaucracy. Perhaps that is why recording is being resisted out of the gate.

Case in point, if the proceedings had been recorded and posted for the board meeting on February 22, you would have heard Supervisors Knobbe, Earnhardt, and Beck vote themselves a pay increase of 2.25 percent for a total of $43,500 for Earnhardt and Beck, and $46,500 for Knobbe (as Chair). Beck was quick to point out that a compensation board recommends the increases in their pay – that it is not something they propose themselves. He further expressed that he feels justified accepting this pay hike based on an unnamed newspaper columnist's remark two years ago that “supervisors earn their keep.” Who can argue with that hard evidence? (Listen for yourself at RCReader.com/y/beck1.)

You also would have heard Supervisors Holst and Kinser reject the 2.25 percent increase, both resolute that a zero-percent increase would be appropriate, and understanding that the compensation board “recommends” pay increases – it doesn't mandate them. Nothing in their job descriptions, tasks, etc., has changed enough to warrant an increase. Knobbe and Beck are only two months into their second year of a four-year term, and will now have received two raises – for what is classified as a part-time job – with this next increase.

In conclusion, the devil is in the details every time. If leadership can avoid those details becoming part of the public record, then the status quo is protected and goes merrily along. Once more, even if the meetings are recorded for public consumption but none of us trouble ourselves to listen, then beyond creating a more thorough record, no meaningful change will accrue from this much-needed transparency. And then we very much get the government we deserve.