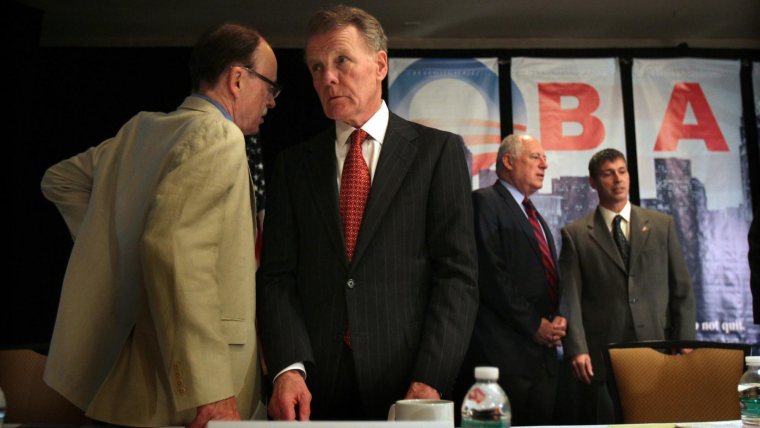 You don't have to read past the first sentence of Tim Mapes' statement last week to see one of the core problems with the way he ran the Illinois House Democratic operation. Mapes was responding to an investigative report commissioned by House Speaker Michael Madigan to get to the bottom of allegations of sexual harassment and bullying in his Statehouse operation.

"For over forty years," Mapes wrote in his response, "I had the privilege of serving in the Illinois State Legislature."

Mapes worked "for" the legislature, he didn't serve "in" it. But he always seemed to behave as if he was one of the most important people in all of the General Assembly.

Mapes managed to accumulate just about every power possible: Madigan's chief of staff, executive director of Madigan's Democratic Party of Illinois, and House Clerk. That meant every single person in Speaker Madigan's world — from legislators, to lobbyists, to campaign workers, to committee clerks to legislative secretaries — had to answer to him and only to him. He was the indispensable one, until Madigan told him to quit over sexual harassment allegations.

"(T)he recent criticisms made against me do not truly appreciate the size of the responsibility of my position," Mapes also claimed in his statement. "The daily needs of my position required constant attention in order to ensure the successful operation of our government," he wrote, passive-aggressively blaming Speaker Madigan for allowing him to attain so much power.

On that point, however, he wasn't wrong. Mapes made all of Speaker Madigan's trains run on time. Meticulous to a fault, he made Madigan's life easier, even meeting with lobbyists on their legislation — at least some of whom once worked for Mapes on staff and were expected to raise money from clients and run important legislative campaigns.

Speaker Madigan allowed Mapes to take a firm helm of all the various parts of his machine. Mapes eventually became more important than the people who were actually elected to office, and not just in his own mind. This was all by design.

The investigative report claimed Mapes' efficiency was a "product of the fear he engendered." But he couldn't have done any of that without Speaker Madigan's assent.

Notably, nowhere in the report does anyone claim that Speaker Madigan was present during Mapes' threats or outbursts. Indeed, most people I've talked to on this topic believe Speaker Madigan would've put a stop to Mapes' behavior if he had seen what was really going on.

But that's still on Speaker Madigan. Did he not want to know what was happening?

Let's go back to the report: "Multiple workers described having been physically intimidated by perceived superiors. These situations varied from a perceived superior yelling in someone's face to grabbing or pushing someone."

Mapes himself is accused of various forms of abuse, from throwing a pencil at a worker who had forgotten to bring one to a meeting, to "regularly" threatening to fire people, to an allegation that he "angrily grabbed a staffer because he thought — mistakenly — that the staffer was in the wrong place."

Mapes apparently kept his methods a secret from his boss. But the big boss is always ultimately responsible. And Speaker Madigan has been forced to clean up the mess he ultimately made for over a year now. He has a new chief of staff, a new state party executive director, and a new House Clerk, and, most importantly, they're all different people.

It's a good start, but more needs to be done.

For decades, all four caucuses have offered the same basic career-ladder to select employees: Work immensely hard during session, then bust your hump during campaigns, then eventually supervise campaigns, then become a lobbyist and oversee multiple campaigns every cycle. It's basically the foundation of the contract-lobbying system in Springfield.

The House report focuses solely on the House Democratic operation, but it notes a big potential problem with this system: "Workers said that the lines between the political and state sides can blur because their bosses are sometimes... lobbyists or other people who do not work for the Speaker's Office."

That's a real problem if lobbyists with clients paying them to pass or kill legislation are ordering around state legislative staffers as if they are subordinates. It's one thing to do that on a campaign. It's quite another when those staffers are on government time.