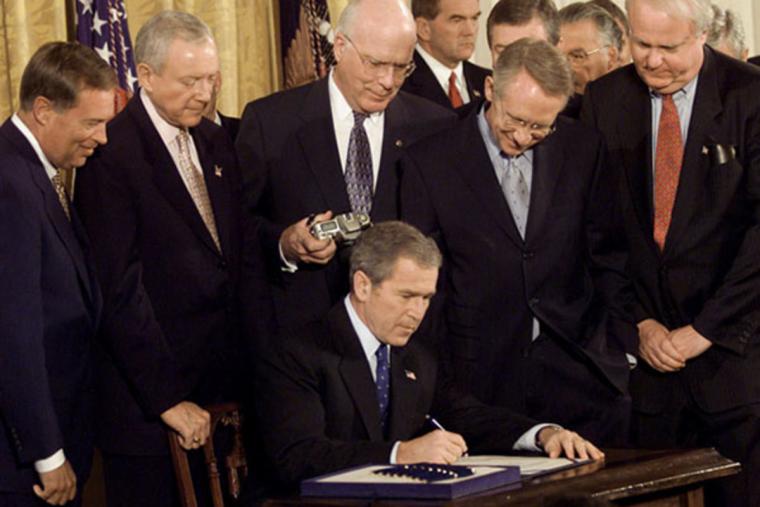 Following the deadly events of September 11, 2001, our country was in a state of shock, fear, and utter confusion. How could such an event take place? How was our National Security apparatus and Military caught off guard? What can we do as a nation to ensure nothing like this ever happens again?

Seizing on the atmosphere of tragedy and uncertainty, our government moved swiftly to take advantage of the deaths of thousands of American citizens on American soil. After all, according to Winston Churchill, one should “never let a good crisis go to waste.” Unfortunately those in power immediately moved to use this particular crisis to restrict our freedoms and empower authoritarianism under the guise of security.

Step one, passing the Patriot Act.

The USAPA is formally known as “Uniting and Strengthening America by Providing Appropriate Tools Required to Intercept and Obstruct Terrorism Act of 2001.” While this legislation was swiftly enacted in October following the events of 9/11, it was planned well before the 2001 terror attacks in NY and DC. Even the 1996 Antiterrorism Act that had passed in the wake of the Oklahoma City bombing did not contain elements that were proposed as far back as the Reagan administration due to their direct opposition to the constitution. After 9/11, this was no longer an issue.

The Patriot Act directly assaulted the civil liberties of everyday Americans, while empowering and legitimizing an already monstrously sized domestic surveillance system that had been in place prior to 9/11. This program was utilizing Narus data collection devices in conjunction with telecom companies to collect massive amounts of information on American citizens on behalf of the NSA. Exposed by the case of Hepting vs. ATT, most are still unaware of it to this day.

In the wake of the attacks, the mainstream media continually ran with the mantra that agencies such as the FBI, NSA, and CIA were not communicating with each other properly and that a new agency needed to be created or another terror attack was on the horizon. Enter DHS, founded in November of 2002, in which historians and government watchdogs alike pointed to the fact that similar agencies had been created in the past and things didn’t go well for its citizenry.

We need only look to the recent revelations that the Department of Homeland Security has directly targeted Americans under the guise they are a “Domestic Terror” threat. For example, in 2020, DHS stated that domestic violent extremism was “presenting the most persistent and lethal threat,” a far cry from protecting our “Homeland” from the likes of Al-Qaeda or ISIS. 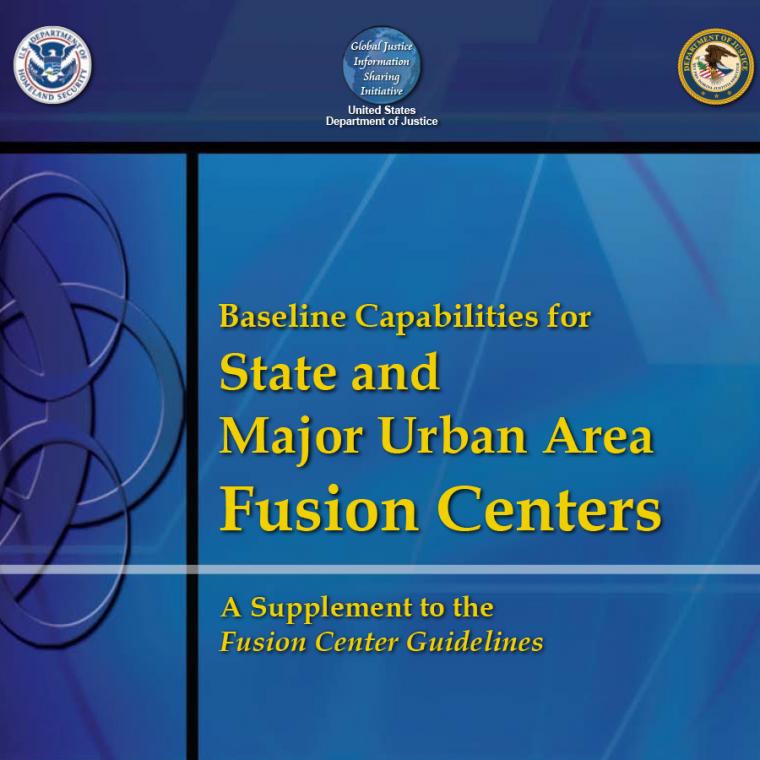 Step three, opening up Fusion Centers throughout the country.

Many people are unaware that after the release of the 9/11 Commission Report in 2004, “Fusion Centers” began to open up around the country as a "collaborative effort of two or more agencies that provide resources, expertise and information to the center, with the goal of maximizing their ability to detect, prevent, investigate, and respond to criminal and terrorist activity." Notice that these centers are responding to not just terrorist activity, but also criminal activity, massively increasing their jurisdiction and overall power. 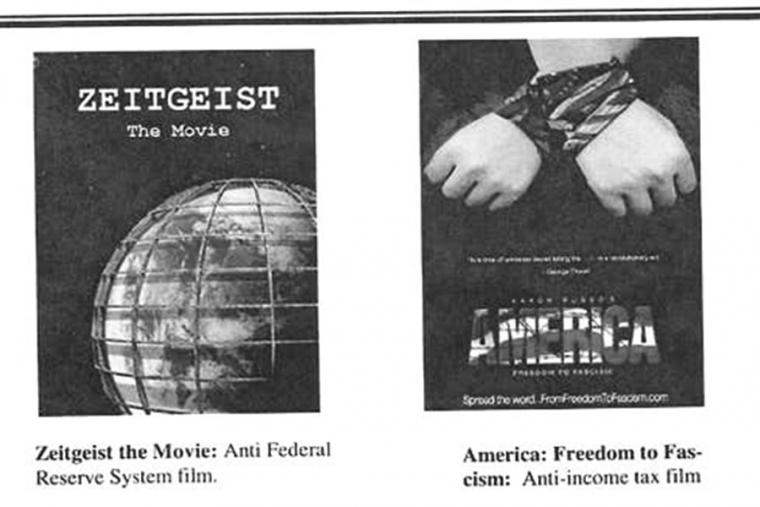 Concerned citizens and independent media began to ring the alarm bells all the way back in 2009 when a report from the Missouri Information Analysis Center was leaked to the public. In it symbols such as The Gadsden Flag, Molon Labe, and even variations of the American flag were specifically targeted, as well as the documentary films Zeitgeist and America: Freedom to Fascism. Months prior to that, they had released a report specifically warning about various anarchist organizations and the anti police brutality group Copwatch. What would these fusion centers turn up if they focused their collaborative resources on detecting, preventing, investigating, and responding to criminal activity within our own government agencies and elected offices? 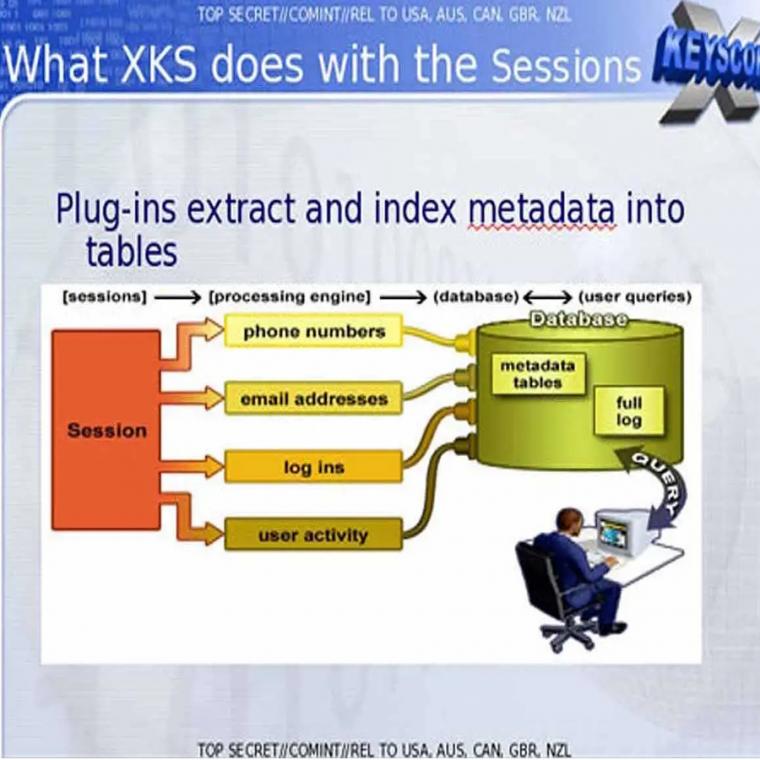 The origins of this program date all the way back to World War II but it wasn’t until the infamous Snowden leaks that the world began to see its vast reach. The United States, Canada, Australia, New Zealand, and the United Kingdom had been illegally gathering information on their populaces and sharing that intel with each other in an effort to fight global terrorism.

In stark contradiction to what the public had been told previously, they were indeed being spied on with every tool imaginable and without due process. Snowden would later state on the Joe Rogan podcast that he “gathered evidence of what I believed to be criminal or unconstitutional activity on the part of the government, and I gave this to journalists.” Unfortunately, to this day, the public still does not have all the documents collected by Snowden. 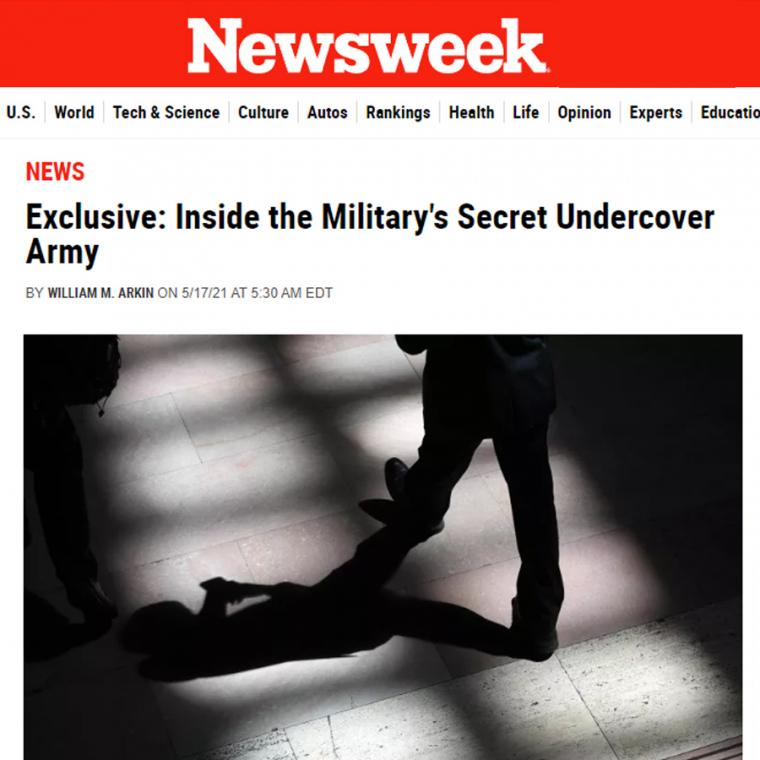 In a bombshell article titled “Inside the Military’s Secret Undercover Army,” published by Newsweek in May of 2021, we learned of a program in which “Some 60,000 people now belong to this secret army, many working under masked identities and in low profile, all part of a broad program called 'signature reduction.' The force, more than 10 times the size of the clandestine elements of the CIA, carries out domestic and foreign assignments, both in military uniforms and under civilian cover, in real life and online, sometimes hiding in private businesses and consultancies, some of them household name companies.”

If that were not alarming enough, the program has been around for more than a decade with little to no oversight. “This gigantic clandestine force challenges U.S. laws, the Geneva Conventions, the code of military conduct and basic accountability.” While doing so, it utilizes unparalleled secrecy and top tier military technology to carry out its operations, which are currently unknown to the public.

These are but a few examples of the overreach within our government. On the 21st anniversary of the 9/11 attacks, it is high time we took a closer look at these programs and actions and held them to a much higher level of scrutiny. If these programs cannot comply with our Constitution and Bill of Rights, then they need be abolished, and defunded altogether. After all, could there be anything more patriotic than this?

Jason Bermas is an independent journalist, filmmaker, and nearly daily content producer at Rokfin.com/JasonBermas. Bermas co-produced and edited the Internet-documentary sensation questioning the official 9/11 narrative titled Loose Change: The Final Cut back in 2007. He also wrote, directed, and narrated the followup documentary about the 9/11 cover-ups titled Fabled Enemies in 2008. Watch these and all of Jason's documentaries complimentary at Rokfin.com.