Landmark Trial on Water Fluoridation & EPA on Pause Until August 6 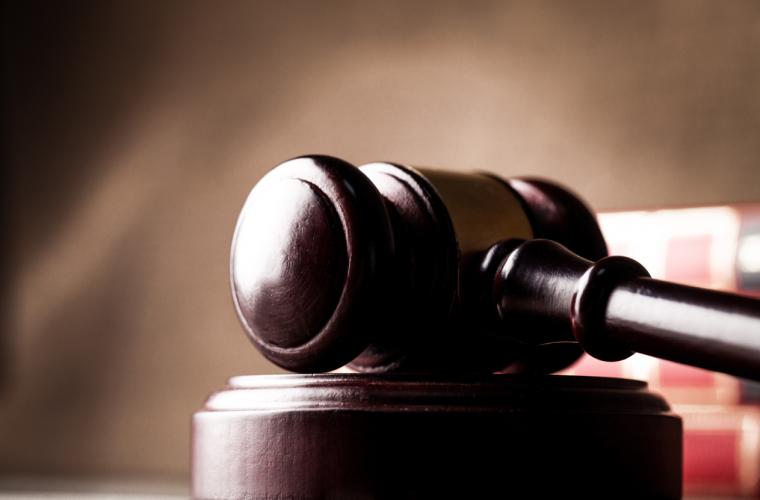 Search the for the word “fluoride” or “fluoridation” at every broadcast-news-station Web site and the two (for now) daily-newspaper Web sites in the Quad Cities and you will not find one mention of a recent landmark trial over the controversial practice of medicating local water supplies with fluoride under the auspices of topically treating one's teeth through ingestion. It's another example of big pharma's power and influence over the media to not question the status quo.

As we reported back in 2013 (RCReader.com/y/fluoride1), the United States, which fluoridates over 70 percent of its water supplies, has more people drinking fluoridated water than the rest of the world combined. In the Quad Cities, we don't even use the medical-grade sodium fluoride as the original 1952 contract with Iowa American Water Company (RCReader.com/y/agreement) required. Instead, what we drink and bathe with contains the poison substance that required several hazardous-material teams to mobilize in 2011 when the toxin spilled and started eating through the concrete in Rock Island (RCReader.com/y/spill).

In 2016, under the Toxic Substances Control Act (TSCA), a group of non-profits and individuals (including Food & Water Watch, Inc. and Moms Against Fluoridation) petitioned the U.S. Environmental Protection Agency to end the addition of fluoridation chemicals into drinking water due to fluoride's neurotoxicity. The EPA rejected the petition. In response, in 2017, the groups represented by counsel from Fluoride Action Network (FAN) began suing the EPA in Federal Court.

The federal trial pitting plaintiffs against the U.S. EPA over water fluoridation came to a dramatic turning point last month on Wednesday, June 17. FAN has argued that fluoride’s ability to impact the development of both the fetal and infant brain posed an unacceptable risk to millions of Americans (and others) drinking fluoridated public-water supplies. The dramatic moment came when, after both sides had completed their summary statements, U.S. District Court Judge Edward M. Chen in the Northern District of California surprised everyone by recognizing the key plank in the plaintiffs' case and undermining the key argument in the EPA’s case.

The ending of the trial was unexpected as the judge asked the two parties to work out an agreement and suggested various scenarios outlined below.

Here are some of the points made by Michael Connett during closing statements for the plaintiffs on June 17:

Michael Connett also pointed out that the experts the EPA relied upon, including the two Exponent (consulting company) employees, were not experts on fluoride, and that the agency did not call their own employees to answer key questions in the case. He was referring to EPA’s foremost expert on fluoride, Dr. Joyce Donohue, as well as Dr. Kris Thayer. Additionally, he said the EPA never once attempted to determine an estimate of what the levels are that cause neurotoxic effects. Connett added that the EPA witness Dr. Donohue said the National Institutes of Health funded-studies on which the plaintiffs relied were “well conducted” and “warrant a reassessment of all existing” fluoride standards.

Then Connett concluded his statement by showing the true extent of potential damage, stating there are 2 million pregnant mothers in fluoridated areas and over 400,000 exclusively formula-fed babies in fluoridated areas, all presently being exposed to fluoride-contaminated drinking water.

The EPA’s attorney started by questioning whether fluoride posed a hazard. Early on in her closing statement, the judge stopped her – which became a very common occurrence – and said, “The way you’re framing this is not helpful. I don’t think anyone disputes that fluoride is a hazard … the critical question is at what level it poses a risk.”

It was at this point, that the EPA’s closing statement turned into a 40-minute inquisition by the judge. First, he started asking about the EPA’s claims that the animal studies showed fluoride to be safe. This resulted in him getting their attorney to admit that if the studies found a moderate effect in adult rats, then why wouldn’t there then be a prenatal and neonate effect? This put the EPA in a corner, causing them to ditch their line of argument and admit that the human studies are in-fact more relevant.

The judge then reprimanded the EPA for challenging the reliability of Philippe Grandjean’s benchmark dose, but never taking the time to calculate their own to prove their point. The EPA quickly pivoted to an argument that the Canadian and Mexican cohorts weren’t applicable to the U.S.; probably one of the most spurious arguments heard from proponents. The judge intimated that he was aware of the new study out of California proving otherwise. The judge concluded by asking one final question, “Under TSCA, can the court find an unreasonable risk without finding causation?” The EPA replied, “Yes.”

After stating, “The EPA appears to have applied a standard of causation, which from my read of TSCA is not accurate. It’s not a proper allocation. It’s not the proper standard,” Chen continued by asking the parties whether they could discuss the possibility of an amended petition and re-assessment by the EPA, or start a new petition and have the EPA conduct a proper review, leaving his ultimate ruling until that was complete.

Michael Connett pointed out that the EPA has dragged their feet for a long, long time (it has been 14 years since the NRC report recommended that the EPA determine a new maximum allowable level for fluoride in drinking water). Connett said plaintiffs were in a situation where the EPA has made a political decision not to do anything, which is why we brought this petition in the first place. He also expressed concern that for a citizen’s group this is a massive undertaking, pointing out that the plaintiffs have spent four years building this case, and the concern is that the time and resources necessary to go through the process a second time would be prohibitive.

The EPA claimed that they couldn’t just re-evaluate the plaintiffs' amended petition, because their guidelines for TSCA require an impossible burden of proof that no one could possibly meet to trigger a meaningful review. They also claimed that the U.S. EPA does not have the resources or expertise to undertake a risk evaluation of fluoride neurotoxicity.

Judge Chen then made clear that a lack of resources is not an excuse, and said that if both parties can’t figure out a solution he’ll rule on it himself, as he’s been given the power to do so. The judge said he will hold a briefing with the two sides on August 6. This will be online and the public will be able to watch.