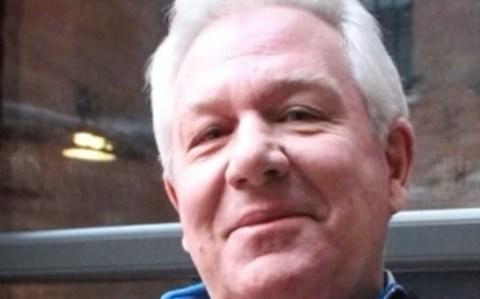 In 2001, I wrote a tribute to Susie Martens, a fabulous woman who became great friends with my beloved grandmother thanks to the long and abiding friendship between Grandma and Susie's gracious and distinguished father (and Chris' grandfather) Henry “Hank” Wurzer. From that friendship, a wonderful generational bond of friendship between the Martens and McCarthy families continues.

Chris H. Martens, the oldest of Susie's children, passed tragically and unexpectedly on June 19, 2022. It was a monumental blow to every single person in Chris's life, a loss that reverberates to this moment with no relief hoped for or expected.

The tremendous sorrow is tempered only when remembering Chris. All the stories, his devotion to family, and loyalty to his friends, defined him in the best ways imaginable. He was a closet Bettendorf Bulldog who also managed a lifetime allegiance to Assumption High School, including as past president of the Assumption Boosters Club for years, and a big supporter of its wrestling club.

As an avid athlete himself, his proclivities being wrestling, baseball, football, hockey, and golf, he even played rugby at Spring Hill College in Mobile, Alabama – arguably the toughest sport in America. Sports inspired one of his life's great passions: coaching youth sports. Let me rephrase. He lived to coach his son Henry and nephew Sammy as soon as they were old enough to swing, kick, and dust off.

Coaching his own included their other cousins, friends, and classmates, the neighborhood kids, other schools' athletes, Southeast Little League Baseball, Assumption wrestlers, anyone who was game or had game. He showed up for years to impart the invaluable attributes enjoyed by true athletes, win or lose, who play fair, giving it their best effort. Chris also taught them critical life skills – sportsmanship, competitive camaraderie, excelling physically, and team spirit.

Chris is survived by his two sons, Henry and Will, both of whom are masterfully carrying on the Martens tradition of precious originality. Trust me, they come by it honestly; it's in their DNA. Chris also had a special bond with his nephew Sammy, mentoring him and also giving him parental stability, security, and confidence that flows from knowing you are loved by someone whose affection matters to you.

When Chris' parents died, and being the oldest, the patriarchal baton passed to him and he received it with resolute grace. Even before this massive responsibility, Chris was ever-vigilant in looking out for his siblings Jimmy, Susie, Margaret, and Mary. He was their protector, their teacher, their worst nightmare when they screwed up, and their biggest fan and advocate when they needed him the most. This family stewardship held true for all his nieces and nephews, namely Margaret's sons Matt and Andrew; Mary's children Charlie, Caroline, and Sammy; and Jimmy's daughter Jordon.

Chris embraced his role as guardian of their galaxy, forging special relationships with each of his siblings, providing whatever he could as each required. He especially watched out for his youngest sister Mary, advising, dragging, pushing, tagging along in life with her as only the closest sisters and brothers can. And his love for Jimmy, his younger and only brother, was mirrored right back by Jimmy's open love, admiration, and reliance on Chris throughout their lives.

Chris' sisters Susie and Margaret remind me of myself and my own unconditional love for my brother. There is a hugely familiar shared experience with our adoring brothers that comes from equally adoring sisters who have … let's call it family influence that we invoked on their behalves on countless occasions, solidifying trust, loyalty, respect, and an unspoken reliance necessarily forged among loving siblings who ain't saints.

Chris was like his mother Susie in many ways. Bigger than life, he certainly bore her handsome traits, but most especially he best reflected their take-no-prisoners humor. And I recognized Chris' fealty and abiding respect for their traditions and family values, parents and grandparents that expected their progeny to live honorably, while accepting their flaws with a certain flair for critiquing them. All of which was infinitely doable thanks to the ever-present laughter, rapier wits, unbounded hilarity, and adventurous fun.

When I picture Chris, it's always with his pending sort of half-smile, as if waiting for the punchline that inevitably came from him. I remember his enthusiasm, his capacity for heartfelt compassion when needed, and his ability to magically lighten things up when they headed for the heavy zone. But most of all, I remember his humor and uncannily quick wit. I remember decades of laughter, real-life stories that defy the best fiction, parties and more parties, hangovers and worse hangovers, and never once having to say we're sorry. What is undeniable and forever is that Chris' family and friends absolutely knew unconditional love and acceptance from him.

It wasn't until after Chris passed that I had the joy of learning that Chris had reunited with “the love of his life” Dorinda Hummel. I have now had the pleasure of meeting her and immediately understanding his attraction to her. She is lovely and loving and living testimony that Chris still had the goods to recapture this great girl's heart (although rumor has it, he never lost it). It is an enormous boon and comfort knowing that Chris had love and romance going on. And Dorinda will forever have Chris' family as her own.

Finally, I was asked to share one of the most beautiful events that occurred just prior to Chris' passing: the birth of his perfect little grandniece Collins (Margaret's grandchild, born to her son and Chris' nephew Andrew and his wife Lexi). Collins was not scheduled to arrive until later in the summer, but God knew she was needed sooner, and voilà! Collins' arrival brought with her a special connection to Chris, thereby a miraculous pathway, a light in the storm for this grieving family to celebrate and cherish her life while navigating the profound, untenable sorrow over losing Chris too soon. Collins is a Martens miracle, bridging Chris's reunion in Heaven with Collins birth into the family he cherished.