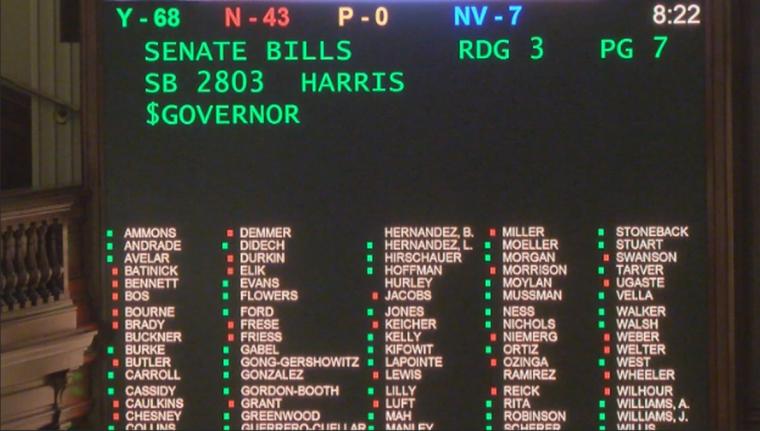 After the Illinois House and Senate voted to pass legislation to partially pay down the state’s unemployment insurance trust-fund debt, top Democratic leaders gathered for a Statehouse press conference to boast about their accomplishment.

Yes, they admitted, it was only a partial pay-down. The debt is $4.5 billion, and they patched it with $2.7 billion in federal money from the American Rescue Plan Act. But the Democrats pointed out Illinois is using a higher percentage of its federal ARPA aid on its debt than surrounding states, including neighboring Indiana.

Most states had to borrow money from the federal government when the 2020 COVID shutdowns created an unprecedented flood of unemployment-benefit applications and states simply didn’t have enough money on hand to meet the enormous demand. But the Democratic spin avoided the fact that surrounding states didn’t have the same level of crushing debt as Illinois.

While Indiana and Illinois both underfunded their trust funds before the pandemic began, Indiana’s resulting problem wasn’t as great as Illinois’, partially because that state was more aggressive about reopening businesses earlier during the pandemic than Illinois was. But that Hoosier decision came with a different and much more devastating cost because Indiana’s COVID death-rate is significantly higher than Illinois’ rate, and it’s even higher when you look at the figures after vaccines were widely available.

And perhaps more to the point, Indiana and other states, unlike Illinois, used a significant chunk of their Trump-era CARES Act allotment to pay down their trust-fund debts, so their resulting need for ARPA money to shore up their funds just wasn’t as critical as ours. Illinois’ budget situation at the height of the pandemic was, of course, worse than surrounding states because of decades of fiscal mismanagement here, so the CARES Act money was desperately needed elsewhere.

Business groups were generally upbeat after the bill’s passage. A joint business statement called the legislation a “positive step” toward “addressing” the “massive” shortfall in the trust fund. “We’re hopeful that negotiations will continue to resolve the remaining balance of this unprecedented deficit,” said the statement from the Illinois Retail Merchants Association, Illinois Manufacturers’ Association, Illinois Chamber of Commerce, Chicagoland Chamber of Commerce, the National Federation of Independent Businesses of Illinois, and the Associated General Contractors of Illinois.

The appreciation from business groups was definitely not matched by the Republicans’ tone. They fretted that since all the debt wasn’t eliminated, the rest would have to come from employer tax-hikes and worker benefit-cuts. Senate Republican Leader Dan McConchie issued a statement predicting that the bill will have a “devastating” impact on businesses — the same businesses whose industry representatives called the same bill a “positive step.”

The Republican crocodile tears over potential benefit-cuts for unemployed workers is super-rich for a party that almost uniformly demanded that those very same unemployment benefits be slashed last year so that the resulting poverty would force people back to their lousy jobs. I mean, I was born at night, but not last night.

The Democrats were also quick to point out that not a single congressional Republican voted for ARPA in the first place. So, Illinois Republicans are angry about not getting their way on how the ARPA money was spent when their party didn’t want the ARPA money to begin with.

The Democrats showed some political acumen by including other debt elimination in the bill, including paying off all the remaining debt in the College Illinois program and spending $300 million more on pension debt than required by law.

The package also included paying off close to a billion dollars in past-due debt for public-employee and retiree-group health insurance. The bill’s provision is a godsend for Springfield-area health-providers, which have dealt forever with a state that has shown little to no interest in their fiscal well-being. Yet every Republican in that region voted against the bill, including appointed Representative Sandy Hamilton (R-Springfield). Hamilton is challenging Senator Doris Turner (D-Springfield), and her “No” vote will likely be used against her this fall.

But hey, the state’s wealthiest resident, Ken Griffin, is basically calling the shots for the GOP this election year because he has an abundance of what Republicans so desperately need right now: Cash money. And you could bet your house (and the Senate) that Griffin would be very angry if the Republicans signed on to any sort of measure that could possibly involve future tax-hikes on businesses. Griffin was also no fan of the federal ARPA program, by the way.