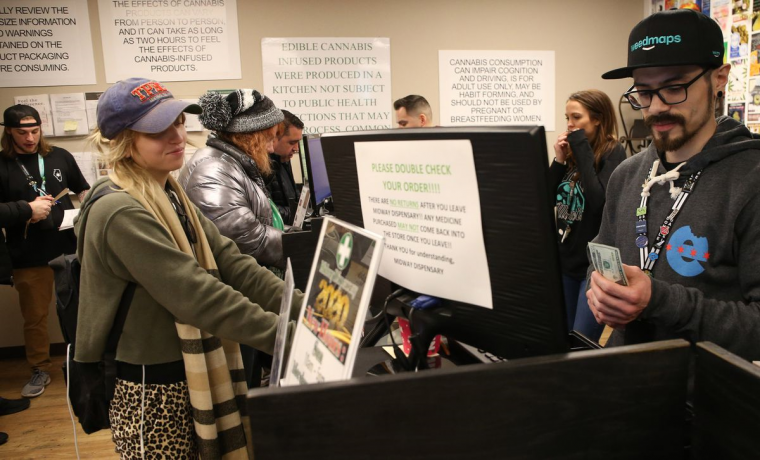 There's been much gnashing of teeth since the state announced that just 21 social-equity applicants had qualified for regional lotteries that will award 75 cannabis-dispensary store licenses. The 21 winning entities submitted well over 300 applications for those 75 licenses, which has forced a tie-breaking round.

In total, 937 entities submitted 4,518 dispensary site-applications, so that's a whole lot of unhappy people, many of whom have friends in the General Assembly. It really doesn't matter that 13 of the 21 companies are "majority owned and controlled by people of color and 17 have at least one owner who is a person of color," as the administration claims. A lot of folks were unexpectedly shut out and people are downright furious.

Even so, the same legislators who are now complaining also voted for the bill, which lays out what applicants had to do to qualify for a license.

Now, here's where the unexpected problem comes in. According to the Pritzker administration, all 21 of the successful applicants scored a perfect 250, plus they all earned 2 extra bonus points for having what the statute calls "a plan to engage with the community."

That many perfect scores for that many entities and their respective applications absolutely shocked most applicants and the administration.

The 51-percent veteran requirements, which was added late in the 2019 negotiations after demands by veteran-friendly Senator Tony Munoz (D-Chicago) and others, turned out to be a major stumbling-block for several applicants.

But, hey, it was in the bill, plain as day. Lots of applicants just didn't think it was necessary to have a perfect score to make it into the tiebreaker round. Oops.

And now all heck is breaking loose.

"It's a knife through the heart of the black and brown community," said former state Senator Rickey Hendon at a press conference, according to WGN News. The Legislative Black Caucus and the Latino Caucus want the governor to stop the program in its tracks. Democratic Representatives La Shawn Ford and Kathleen Willis wrote Governor Pritzker a letter calling the whole system into question.

The state will eventually award 500 dispensary licenses, so this round was "only a test," as one Pritzker-administration official put it. And even the governor admitted that there is significant room for improvement.

Pritzker told reporters last week that he wants to look at limiting the number of dispensary site-applications, which can be submitted by each entity. By law, companies can hold only ten dispensary licenses at once, but a few legally applied for dozens. Some legislators and others say they foresaw this problem and claim the administration flatly rejected the idea on multiple occasions. This particular issue was preventable, and the governor does deserve blame for not listening to those warnings until it was too late, even though members of his administration deny the claims.

Another change being discussed is allowing applicants to automatically qualify for the lottery if they score, say, at least 90 percent of the 252 total points.

But even that may not work. Some of the points are won under clearly objective standards (veteran ownership, for instance), but some are subjective, and multiple applicants have claimed that the no-bid contractor, which graded their applications for the state, KPMG, inexplicably denied them points that they believe they were entitled to. Unfortunately for them, there is no appeals process — yet another glaring statutory omission that will likely lead to lawsuits. The fact that a KPMG consultant was part of a successful team, which will seek six licenses in the tie-breaking lottery, just makes matters worse.

The "test" clearly did not succeed as hoped. But the administration claims it needs to get this part of the process behind it so the state can conduct a "disparity study" to allow it to legally use race in awarding many of the rest of the 500 licenses. Lawsuits, however, could delay this process for years if the lottery doesn't proceed.

Bottom line: It's a big freaking mess. And even though lots of legislators are not being completely forthcoming about their own roles, governors own messes.