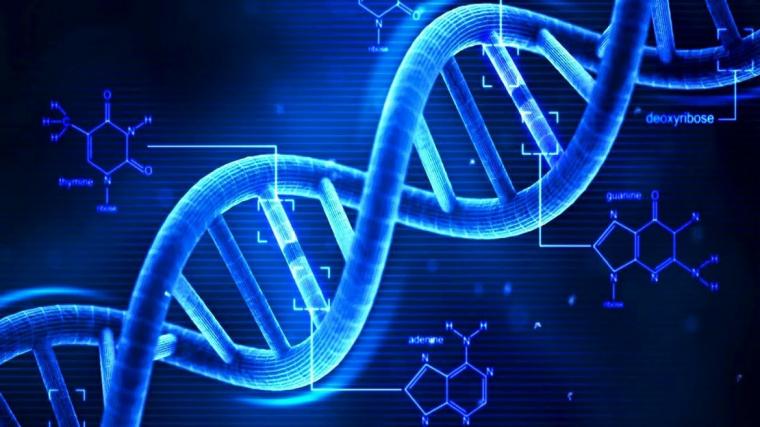 “As more and more data flows from your body and brain to the smart machines via the biometric sensors, it will become easy for corporations and government agencies to know you, manipulate you, and make decisions on your behalf … . If we want to prevent a small elite from monopolising such godlike powers, and if we want to prevent humankind from splitting into biological castes, the key question is: Who owns the data? Does the data about my DNA, my brain and my life belong to me, to the government, to a corporation, or to the human collective?”―Professor Yuval Noah Harari

Get ready, folks, because the government – helped along by Congress (which adopted legislation allowing police to collect and test DNA immediately following arrests), President Trump (who signed the Rapid DNA Act into law), the courts (which have ruled that police can routinely take DNA samples from people who are arrested but not yet convicted of a crime), and local police agencies (which are chomping at the bit to acquire this new crime-fighting gadget) – is embarking on a diabolical campaign to create a nation of suspects predicated on a massive national DNA database.

As the New York Times reports:

“The science-fiction future, in which police can swiftly identify robbers and murderers from discarded soda cans and cigarette butts, has arrived. In 2017, President Trump signed into law the Rapid DNA Act, which, starting this year, will enable approved police booking stations in several states to connect their Rapid DNA machines to Codis, the national DNA database. Genetic fingerprinting is set to become as routine as the old-fashioned kind.”

Referred to as “magic boxes,” these Rapid DNA machines – portable, about the size of a desktop printer, highly unregulated, far from foolproof, and so fast that they can produce DNA profiles in less than two hours – allow police to go on fishing expeditions for any hint of possible misconduct using DNA samples.

Journalist Heather Murphy explains: “As police agencies build out their local DNA databases, they are collecting DNA not only from people who have been charged with major crimes but also, increasingly, from people who are merely deemed suspicious, permanently linking their genetic identities to criminal databases.”

Every dystopian sci-fi film we’ve ever seen is suddenly converging into this present moment in a dangerous trifecta between science, technology, and a government that wants to be all-seeing, all-knowing, and all-powerful.

By accessing your DNA, the government will soon know everything else about you that they don’t already know: your family chart, your ancestry, what you look like, your health history, your inclination to follow orders or chart your own course, etc.

These technologies are neither foolproof, nor are they immune from tampering, hacking, or user bias. Nevertheless, they have become a convenient tool in the hands of government agents to render null and void the Constitution’s requirements of privacy and its prohibitions against unreasonable searches and seizures.

The government’s questionable acquisition and use of DNA to identify individuals and “solve” crimes has come under particular scrutiny in recent years.

It’s what police like to refer to a “modern fingerprint.”

However, unlike a fingerprint, a DNA print reveals everything about “who we are, where we come from, and who we will be.”

With such a powerful tool at their disposal, the government’s collection of DNA has become a slippery slope toward government intrusion.

All 50 states now maintain their own DNA databases, although the protocols for collection differ from state to state. Increasingly, many of the data from local databanks are being uploaded to CODIS (Combined DNA Index System), the FBI’s massive DNA database, which has become a de facto way to identify and track the American people from birth to death.

Even hospitals have gotten in on the game by taking and storing newborn babies’ DNA, often without their parents’ knowledge or consent. It’s part of the government’s mandatory genetic screening of newborns. However, in many states, the DNA is stored indefinitely.

For the rest of us, it’s just a matter of time before the government gets hold of our DNA, either through mandatory programs carried out in connection with law enforcement and corporate America, by warrantlessly accessing our familial DNA shared with geneological services such as Ancestry and 23andMe, or through the collection of our “shed” or “touch” DNA.

All of those fascinating ancestral searches that allow you to trace your family tree can also be used against you and those you love. As law professor Elizabeth Joh explains, “When you upload your DNA, you’re potentially becoming a genetic informant on the rest of your family.”

While much of the public debate, legislative efforts and legal challenges in recent years have focused on the protocols surrounding when police can legally collect a suspect’s DNA (with or without a search warrant and whether upon arrest or conviction), the question of how to handle “shed” or “touch” DNA has largely slipped through without much debate or opposition.

Yet as scientist Leslie A. Pray notes: “We all shed DNA, leaving traces of our identity practically everywhere we go. Forensic scientists use DNA left behind on cigarette butts, phones, handles, keyboards, cups, and numerous other objects, not to mention the genetic content found in drops of bodily fluid, like blood and semen. In fact, the garbage you leave for curbside pickup is a potential gold mine of this sort of material. All of this shed or so-called abandoned DNA is free for the taking by local police investigators hoping to crack unsolvable cases.”

What this means is that if you have the misfortune to leave your DNA traces anywhere a crime has been committed, you’ve already got a file somewhere in some state or federal database – albeit it may be a file without a name.

If you haven’t yet connected the dots, let me point the way.

Having already used surveillance technology to render the entire American populace potential suspects, DNA technology in the hands of government will complete our transition to a suspect society in which we are all merely waiting to be matched up with a crime.

No longer can we consider ourselves innocent until proven guilty.

Now, as I make clear in my book Battlefield America: The War on the American People, we are all suspects in a DNA lineup until circumstances and science say otherwise.

Constitutional attorney and author John W. Whitehead is founder and president of The Rutherford Institute. His book Battlefield America: The War on the American People is available at Amazon.com.