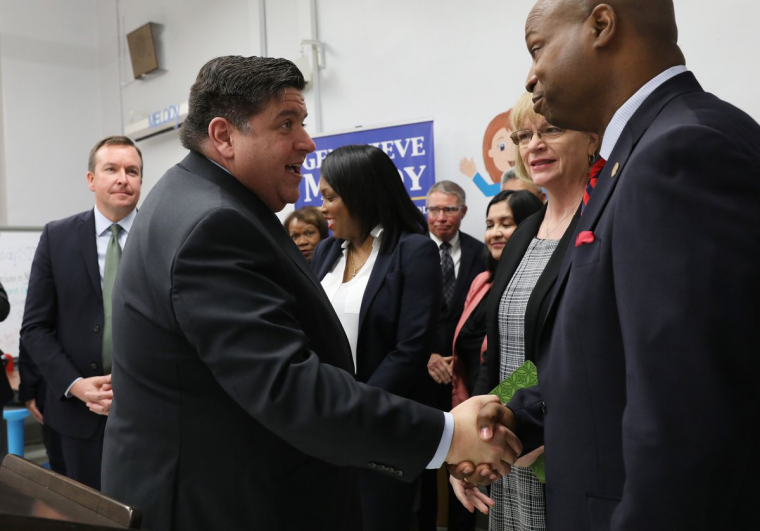 “The legislature is going to be a check on the executive branch,” newly-elected House Speaker Chris Welch flatly declared to me during an interview the other day.

Speaker Welch was responding to a question I posed to him about his January 13 inaugural address, when he asked not-so-rhetorically, “Why is it difficult to ensure that families' unemployment checks continue unabated and arrive on time so struggling families can feed their children? Why is that hard to grasp?”

Welch’s predecessor, Speaker Michael Madigan, stayed completely mum about Governor JB Pritzker’s handling of the COVID-19 crisis and resulting mass unemployment, even though Governor Pritzker occasionally took verbal shots at Madigan and called on him to resign if he refused to answer questions about the ComEd investigation.

Not a single House committee hearing has been held about the backlog at the Illinois Department of Employment Security (IDES), or, for that matter, all the other migraine headaches that legislators have been dealing with as desperate constituents have turned to them for assistance when they couldn’t get through to a state agency. That could very well change.

Representative Fred Crespo (D-Hoffman Estates) warned the governor via the Center Square publication last week that the House could “hold up some of these funds, even federal dollars,” to IDES if members don’t start getting answers to their questions. Representative Crespo was instrumental in corralling votes for Welch and has been the chair of the House General Services Appropriations Committee. “It’s not a threat, I think it’s more, I think it’s an education,” Crespo told the outlet. “They’re new and make sure they understand the process.”

“I'm going to have an open and ongoing relationship with the governor to express what I'm hearing from our members,” Welch told me. He didn’t come right out and say it, but what he’s hearing from his members about the governor ain’t all that great these days, as Crespo could attest.

The Pritzker administration appears to have gotten a taste of what may come later this year during the just-concluded lame-duck session when both of the governor’s top priorities failed to pass.

A bill to decouple the state from federal business tax-breaks (depending whom you talk to) worth between $400 million to $1 billion to state coffers received just 50 votes in the wee hours of last Wednesday morning. Nine Black Caucus members did not vote for the bill. Most either voted “Present” or took a walk, but Representative Debbie Meyers-Martin (D-Olympia Fields) voted “No.” Black Caucus members are usually reliable votes for revenue increases. Not that day.

Welch himself didn’t vote on the decoupling bill, either. He explained early Wednesday morning that he was “distracted” (even though the roll call was held open for quite a long while) and would vote for it again when the time came, but that time never came.

The Senate played games with the governor’s must-have cannabis-clean-up bill, waiting until almost 2 o’clock Wednesday morning to pass it pretty much as the governor wanted. But, by then, it was too late for the House to act.

The Senate seemed, to many, to be deliberately slow-walking important bills for the governor and for others during the last couple days of session. “I'm pretty sure this bill that we're debating right now was sent to us about six hours ago from the House,” grumbled one Senator at 5:37 Wednesday morning.

The House Democrats were heavily distracted by their election of a new Speaker and some white northern suburban Democrats were prepared to go “on strike” if the cannabis bill was passed without allowing their dispensaries to move to better locations, which was a deal-killer for the Black Caucus.

In the end, the lame-duck session was a significant failure by the Pritzker dad-ministration. Yes, there were tons of extenuating circumstances. But they knew ever since veto session was canceled in November that a lame-duck session was a distinct probability. They had two months to prepare and now have precious little to show for it except for the Black Caucus agenda that they weren’t in charge of.

Pritzker’s huge legislative success in 2019 was an aberration. It was a legislative expression of joy and relief at having a governor who wanted to work with them to get big things done after twelve years of gubernatorial ineptitude and outright hostility toward the General Assembly. But if they don’t address whatever issues there are with Harmon, woo the new Speaker, and start tending to member egos, they’re in for a very rough spring.