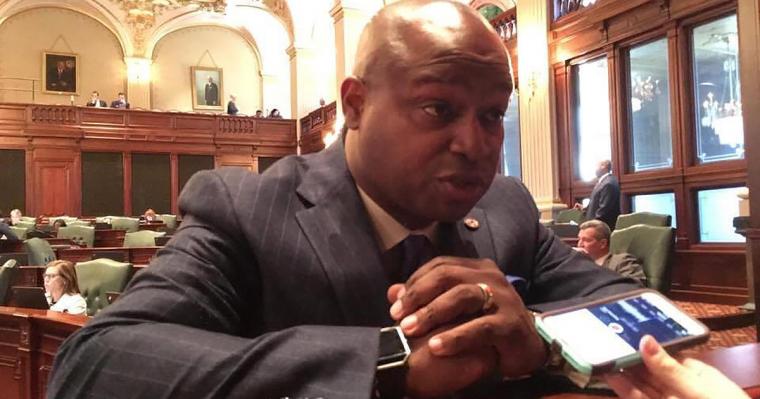 I’ve mentioned before that House Speaker Chris Welch has said since the day he was elected to his chamber’s top job last year that he is fully committed to protecting all of his incumbents, whether in the primary or in the general election. That wasn’t always the case with his predecessor, House Speaker Michael Madigan.

None of Speaker Welch’s candidates have yet faced a voter since he made that pledge in January of 2021, but Welch has so far tried to clear the paths for some members facing primary challengers (with varying degrees of success) and has put together nominating petition-drives for incumbents who didn’t do enough (or any) work for themselves.

But I’ve been hearing two very different things lately: 1) Speaker Welch will make sure members win their primaries and generals no matter what effort they put into their own campaigns; and 2) Welch will not help those who don’t or won’t help themselves.

Which is it? I checked in with the House Speaker last week to find out.

Speaker Welch pointed to a March 19 political caucus meeting when he said he told his members: “We need to get back to the basics and focus on how to win elections. That’s door-knocking and direct communication.”

Welch said he also told his caucus, “If you don't hit it hard back home after the session is over, then I'm not sure that there's any amount of money or paid communication that can overcome what we're about to face.” The House Speaker was, of course, referring to the enormous political headwinds facing Democrats this year.

Up to that point in the interview, I hadn’t mentioned any names. But when Welch claimed that his “Get to work” message had been received, I asked him if he was sure about that. I’d been meeting with people and making a lot of calls and some folks have been complaining that Representative Sonya Harper (D-Chicago) is still not on the program.

Representative Harper just barely survived a strong challenge to her petitions, mainly because she relied on others to pass petitions for her, and Welch had to come in at the end. And then some legal heroics by her attorney Mike Kasper kept her from being tossed off the ballot.

Harper faces Chicago police officer Carolynn Crump in the primary. Crump is expected to receive top billing from the Chicago Fraternal Order of Police and will likely attack Harper, who chairs the joint House/Senate Black Caucus, over the SAFE-T Act criminal-justice reform law. If Black Caucus Chair Harper should lose a Democratic primary in a Black district to a Black police officer and criminal-justice reform is an issue used against her… well, all heck might break loose.

Welch wouldn’t address Harper’s specific situation because, he said, “I'm treating Representative Harper like I'm treating every other incumbent. All of them are being treated equally.”

Speaker Welch then reiterated that he and his team are committed to protecting incumbents. “But it’s not a blank check,” he warned.

“We're keeping track, we're going to be paying attention throughout the course of these primary campaigns. We're going to invest in campaigns and candidates that are investing in themselves. We're not going to just have a spigot that keeps on running, especially for persons that haven’t invested in themselves. And that applies to any of our incumbents.”