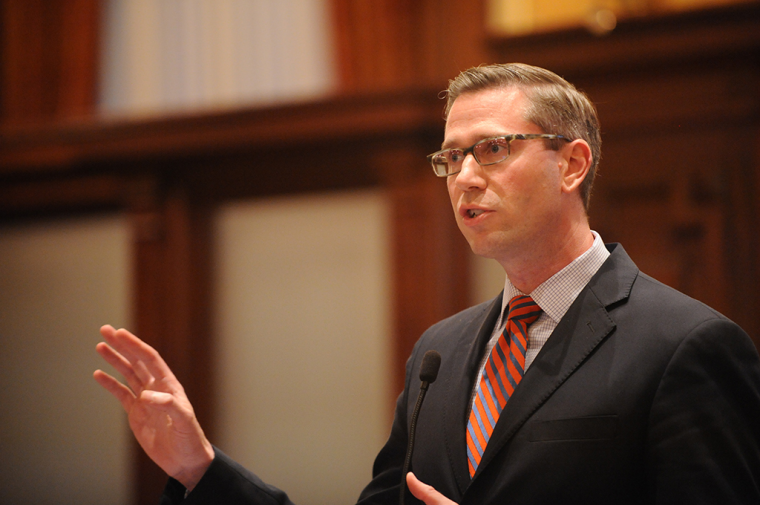 It's well-known that the Illinois House Republicans (along with pretty much all Illinois Republicans) are using House Speaker Michael Madigan's bad reputation to bludgeon their Democratic opponents.

Speaker Madigan has been enormously unpopular in Illinois. It's probably worse now because he's been in the news so much during the long federal investigation into ComEd and the company's resulting deferred-prosecution agreement with the U.S. Attorney in Chicago.

A special House investigating committee has been impaneled to take testimony about the federal probe and consider whether to discipline Madigan for "conduct unbecoming a legislator," which is helping to keep him in the news.

And add the more recent news about Democratic Representative Stephanie Kifowit's announcement last week that she will run against Madigan for speaker in January and it's been a complete media circus for the longtime pol.

Representative Kifowit has not yet identified any allies and isn't exactly an odds-on favorite to defeat Madigan. She votes more conservatively than many in the House Democratic caucus. She was the only House "Present" vote on the minimum-wage-increase bill and she hired a public-relations person who is raising money for the Republican opponent of Cook County State's Attorney Kim Foxx, putting her at odds with her party, the Black Caucus, and labor unions which fund the Democrats.

But the mere fact that she stood up and announced her bid is an indication of how Madigan's political strength is not what it used to be.

Anyway, the last time the Paul Simon Public Policy Institute polled Speaker Madigan's job-approval rating was last year. It found 71 percent disapproved of the way Madigan did his job while only 20 percent approved — a 51-point difference.

Those results weren't all that different from the same poll's question on whether Illinoisans supported a new state tax on retirement income. 73 percent opposed it while 23 percent supported — a 50-point margin.

Normally, opposition to a retirement income-tax is an easy lay-up for Illinois legislators in both parties. Just score some no-brainer points with the folks back home and move on to the next question.

But some brainiacs always want to start a "discussion," and it often blows up in their faces.

This time, it's blowing up in others' faces.

"One thing a progressive tax would do is make clear you can have graduated rates when you are taxing retirement income," Treasurer Michael Frerichs, a Democrat, told the Daily Herald back in June. "And, I think that's something that's worth discussion."

Frerichs' quote has opened the door to House Republican attack-mailers in numerous districts against Democrats who voted "Yes" on the graduated-income tax last year and also against Democratic House candidates in general.

"Mary Edly-Allen supports the tax-hike amendment," one recent HGOP mailer exclaimed about the freshman Democratic state Representative from Libertyville. "Her Springfield pals admit the amendment would open the door to a brand-new tax on retirement income. That means your pension, your 401(k) plan, and your retirement plan would be taxed and sent straight to Springfield."

The mailers are being sent to other districts (Metro East and southern Illinois, for example), where the tax is also not polling great. But, said one House Republican source of the tax issue, "We're talking about that everywhere."

The mailers have the added benefit of ginning up opposition to Governor JB Pritzker's "Fair Tax" constitutional amendment, which House Republican Leader Jim Durkin has vowed to defeat. So, it's a twofer.

"Yang Rohr is backing the graduated income tax. This plan would not only raise taxes on the middle class, but also on retirees. The State Treasurer has admitted this is a tax on retirees. There's no question that ordinary people will suffer. Protect your retirement. Vote 'No' on Janet Yang Rohr."

To be fair, if Treasurer Frerichs hadn't said what he said, the Republicans would've found another way to make the same argument. But Frerichs did make their job easier.

And Governor Pritzker can't really complain about taking somebody's mention of a graduated tax on retirement income and twisting it into an attack on all retirement income-taxation because he did the very same thing in the 2018 Democratic primary. His top two Democratic opponents, Chris Kennedy and Daniel Biss, both tentatively supported a tax on upper-income retirees, but Pritzker distorted that into TV ads claiming the two wanted to tax all retirement income.

Karma can be problematic.