Where Did All the Stories Go? : Two Stories Neglected Since 2016 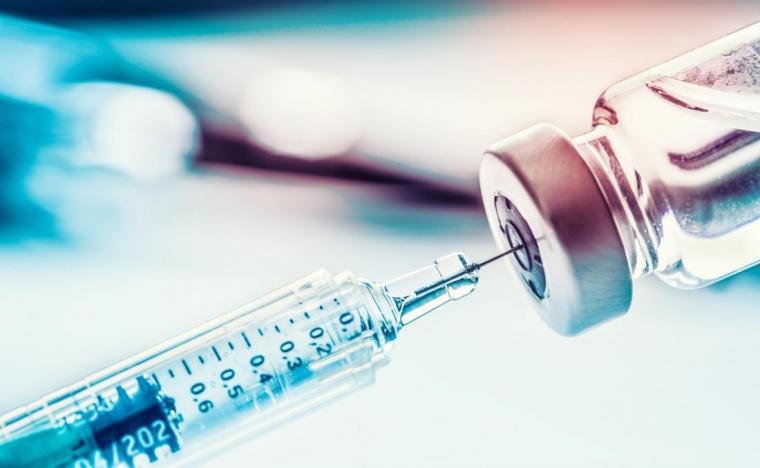 Corporate media distributed content disguised as news has devolved into (1) a perpetual call of winners and losers in the fabricated binary national selection of so-called US presidential options, and (2) tightly scripted propaganda across all platforms and channels masquerading as (no, not even fact-driven news anymore) misguided speculation based on contrived narratives specifically formulated to elicit conditioned responses from you, the viewer, listener, and reader.

I know you know this. What I don't know is if you care. You should care because we all have personal civic responsibilities that, if left unattended, will leave us and ours bereft of the personal liberties we claim to cherish but have neglected to protect.

By adapting simple, tried-and-true nudging principles to sophisticated behavioral-science techniques with effective high-tech mass communication (conditioning), predictable responses en masse are assured. In the spirit of nudging our collective consciousness back to reality, here are two critical topics ignored, underreported, or misreported by corporate media since 2016.

Mandatory vaccination laws have passed in California and New York, and New Jersey will vote this month. These are just the first states to strip a portion of our First Amendment-protected rights by removing the religious exemptions to decline the jabs. More states will follow quickly if there are no constitutional challenges. The new wrinkle eliminating religious exemptions means school personnel or heath-department personnel or law enforcement can take your children and vaccinate them against your parental will.

There is no authority granted by the people in the state or federal constitutions for this unlawful legislation. Forced vaccinations violates not only the First Amendment religious-freedom protections, but also the right to be secure in our person and possessions secured by the Fourth Amendment.

While states are administratively tasked with the education of our children, health care is a different rubric altogether. Vaccination policy has a Goliath of government support for its policy goals and implementation. The extreme aggressiveness attached to the Center for Disease Controls's all-in programming, with open disdain for skeptics no matter how rational the objections, is a curious thing, really. It begs the question: Why?

I urge you to read Robert Kennedy Jr.'s speech linked below, or watch the video of it. Kennedy is not anti-vaxx; he is pro robust science and safe ingredients. It seems a perfectly reasonable request of the pharmaceutical industry, but apparently it disagrees because it vilifies parents such as Kennedy who are legitimately sounding the alarm. Kennedy filed a Freedom of Information Act (FOIA) request for records responsive to the government's self-proclaimed safety assurances of the vaccines they proscribe. It took a multi-year legal battle to ultimately compel the Health and Human Services (HHS) to admit they have no data good or bad from over 30 years of testing as required by law since 1986. (RCReader.com/y/rfkjr). Either the government neglected to do the testing, or it refuses to release the results, making Kennedy's case all the more compelling. The information he presents deserves our consideration at a minimum (RCReader.com/y/rfkjr1).

These mandatory vaccination laws have passed amid significant opposition by the people, but our wishes are ignored by our representatives in favor of big pharma's campaign largess. Once these legislative acts take hold in the code, special immunities kick in to protect the makers of vaccines from lawsuits that arise from harm to children who receive arguably toxic jabs. Thirty years ago, children were given three vaccinations for measles, mumps, and rubella. Today, beginning with toddlers, a suite of over 74 vaccinations are unloaded into our kids.

However this is not 30 years ago; today, there is much more conclusive science that vaccinations do harm a percentage of children who receive them. We don't know how many because Congress has broken the law again by not conducting the studies they were tasked by law to do beginning in 1986! This means no one knows what the long-term consequences are after repeated jabs before age 10. The CDC enjoys over $2 billion in revenues each year selling millions of these suspect vaccines to the public. Having no wish to interrupt that gravy train, such data isn't even collected reliably enough to measure meaningfully.

As it happens, there are currently 11 bills pending at the Iowa State Legislature dealing with vaccinations, including House Bill HF 206, to eliminate the religious exemption for vaccinations for Iowans. Only one Illinois House Bill is pending, HB 342, regarding notification of vaccines derived from fetal tissue.

The other alarming Iowa House Bills are HF 100 & 272, requiring school districts to conduct health and safety visits for children under private instruction. Below is a link to watch your state to see what legislation is in play for vaccinations.

Iowa HF 206 deserves opposition for reasons deeper than just vaccinations. This bill undermines parental authority, ceding it to the administrative authority of the state. This is a slippery slope and not a centimeter of ground should be given up in this instance. Regarding vaccinations, until the CDC can reliably demonstrate reasonable safety guarantees based on independent studies that conform to sound scientific parameters, avoid these vaccinations like the plague because they have caused serious harm for too many children. The link below shares stories of families affected adversely by vaccinations. If 70-plus shots are so beneficial and healthy for our children, why would the coercive force of government be required to ensure all children get them?

Concurrently, Senate Bill SF 239 would add a conscientious exemption and deserves support in the spirit of making our own decisions about what will and won't be released into our children's bodies. Opposing HF 206 and supporting SF 239 are consistent with safeguarding our Bill of Rights.

In 2013, an anonymous whistleblower released millions of documents known as the Panama Papers, exposing shadow banking and the trillions believed to be held in off-shore accounts worldwide. There have always been whispers about these sketchy accounts lurking in places such as the Cayman Islands, but hiding money and avoiding taxes, assuming we had something to hide, was seemingly too rickety a risk for the B teams.

Well, we heard right about the Cayman Islands being a tax haven, but it is only one of more than 80 legal secret jurisdictions world-wide where the big bucks go to grow and multiply.

More importantly, these legal secret jurisdictions are also sanctuaries for illegal activities that include massive money laundering, human and drug trafficking, arms sales, real-estate transfers, and underground art and gems trading. While these jurisdictions mostly provide tax-avoiding havens for the world's biggest corporations, typical participants often include government leaders hiding what they steal from their countries' coffers, foundations, and charitable organizations determined to take more than they give, and to hide ill-gotten proceeds via a far more lucrative form of Kleptocracy known as Corruption by Proxy, where government leaders funnel tax dollars to their children, family, and friends instead of receiving the quid-est of pro quos directly.

Interestingly, the U.S. Foreign Corrupt Practices Act makes it illegal to hire a foreign leader's children or family members to curry favor, but this regulation is a uni-directional rule. It is perfectly legal for America's government leaders to farm out their own sons, daughters, etc. to foreign businesses to curry favor in the form of billions to their children, family, and friends. Otherwise there is always the convenient foundations' accounts belonging to a wide range of unusually well-heeled politicians and executive-level bureaucrats as a matter of best practices for enriching one's self. History will someday show just how many unscrupulous deals were concocted using charitable foundations.

To catch up on this financial malfeasance, read the history of the “Panama Papers.” At least 360 journalists worldwide from the International Consortium of Investigative Journalists (ICIJ) have been vetting millions of documents hacked from the computers of the largest Panamanian facilitator, Mossack Fonseca, of off-shore shadow banking, slowly releasing the data in large compilations to the public at large. It is an impressive collaboration and has forever unearthed how political, bureaucratic, and corporate-organized crime become excessively rich stashing away obscene amounts of money – $56 trillion currently estimated to be stolen and/or sheltering in place in off-shore accounts that abound in these secret jurisdictions.

Once you understand where the money goes to hide, the rest of the corruption easily falls into place. The Spider Web: Britain's Second Empire is an online documentary explaining the genesis of shadow banking and secret jurisdictions, providing a companion to the “Panama Papers.” From there you can graduate to the widely available “Peter Schweizer Secret Empires Audiobook,” a bipartisan compilation of the most egregious “Corruption by Proxy” by career politicians that is nothing short of stunning, especially considering this book has been out since January 2018. Yet not a single indictment, or charge, has been brought to the parasitical public figures Schweizer chronicles in great detail.

The Guardian on the Panama Papers: RCReader.com/y/empire1