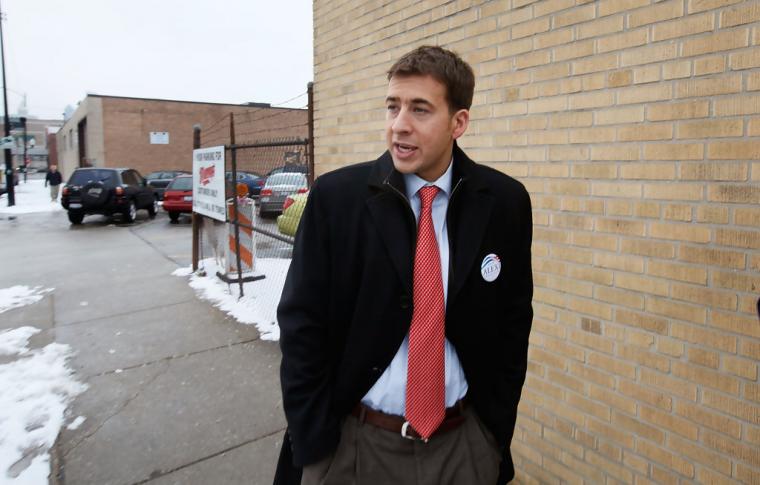 Back in early July, after the US Supreme Court overturned Roe v Wade, Governor JB Pritzker and the two Democratic legislative leaders, House Speaker Chris Welch and Senate President Don Harmon, issued a joint statement, which in part said: “We plan to work closely together for the remainder of the summer to assess every possibility of what we can do and convene a special session in the coming months.”

But the fine print of the rest of that statement has slowed things down: “As we build on Illinois' nation-leading abortion protections and access, it is essential to bring lawmakers and advocates into the room to continue to work together. In the coming weeks, as the ripples of the decision to overturn Roe are felt throughout the nation, we expect to get an acute sense of our needs and how Illinois can play an even more vital role in standing up for reproductive freedom.”

Lawmakers and advocates have been brought together for talks ever since that special session statement was issued, but, as always, the devil is in the details.

Advocates and several legislators appear to only want to pass bills with immediate effective-dates. And that means each chamber would have to come up with three-fifths super-majorities if anything is passed before the end of this calendar year. The voting threshold for immediate effective-dates drops to simple majorities starting January 1. Until then, per the state constitution, the earliest a bill passed with a simple majority can become law is next June 1.

And it almost seems like every few days brings a new legal twist from another anti-abortion state legislature. Just the other day, for instance, a federal judge temporarily blocked part of Idaho’s near-total abortion ban because it appears to violate a federal law mandating the provision of emergency health-care. The suit was brought by the U.S. Attorney General. Indiana’s sweeping new anti-abortion law takes effect in September. Iowa’s Supreme Court flip-flopped in June and ruled that the state’s constitution does not protect abortion rights after all. And new bans took effect last week in Tennessee, Texas, and North Dakota, according to NPR.

Also, new ideas are popping up with frequency as laws from other states are being analyzed. An idea from Democratic Secretary of State candidate Alexi Giannoulias’ campaign to block anti-abortion states from using Illinois traffic-camera images to track their residents who travel here for abortions is just one of them.

Giannoulias’ proposal would prohibit data gathered by automatic license-plate readers from being used to assist other states track their residents while they’re in Illinois for possible violations of abortion laws in their home states. “Illinois must enact protections to ensure that data is not used to target women seeking access to abortion services, or employing it as any type of surveillance system to track them,” Giannoulias told WBBM Radio.

His Republican opponent, Representative Dan Brady, has responded by saying he’ll stick to improving services and cutting wait-times and not involve himself in policy. Giannoulias replied that he could “walk and chew gum” at the same time.

It was a clever move to tie the mostly-ministerial Secretary of State office to actual public policy that’s in the headlines every day and driving the nation’s political dialogue. And that’s clearly a sign of a strong campaign.

Along those lines, one of the measures that the legislative leaders and the governor hoped to pass in a special session was an advisory referendum on this November’s ballot asking if voters wanted a constitutional amendment protecting abortion rights.

These sorts of referenda were a favored tool of former House Speaker Michael Madigan, who would use issues like a tax surcharge on millionaires to drive up Democratic election-day turn-out and, to a lesser extent, provide a boost to future legislative initiatives on the topic, or provide an excuse for not doing anything further.

A referendum has been rejected by many advocates and pro-choice legislators alike, who want to see actual results, not symbolism for obvious political gain.

The bottom line here is that a special session on abortion rights is not looking all that likely any longer.

And the same thing goes for gun-law reforms. There are a lot of moving parts to this issue, and some legislators, particularly Downstaters, would rather not poke the gun lobby before election day.