Will the Illinois Assembly Spend Through Its Surplus? 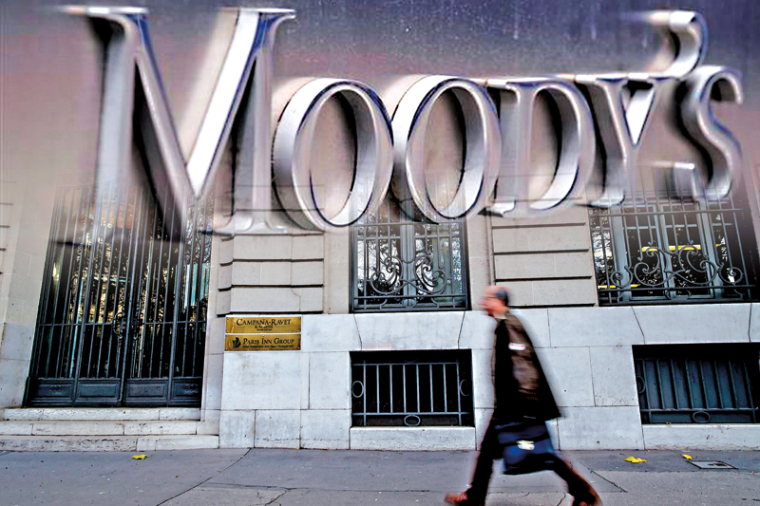 You cannot on the one hand constantly harp about decades of Illinois credit-rating downgrades and then blithely dismiss the first bit of good Illinois rating news since George Ryan was governor.

It’s okay to step away from the “Illinois is awful” screaming for a moment in the wake of last week’s upgrade of Illinois’ bond rating by Moody’s Investors Service. While not the end of our problems by any means, it signals yet another important fiscal turning-point.

Illinois’ long credit-ratings slide began in May of 2003, when both Moody’s and Fitch dinged the state’s grade. The last upgrade the state was granted before last week’s action was 21 years ago, in June of 2000. The last time Moody’s upgraded Illinois’ rating was June of 1998. House Speaker Chris Welch had just barely graduated law school at the time.

The state’s credit-rating was downgraded a total of 24 times starting in 2003. Eight of those downgrades, a third, came during just 20 months of former Governor Bruce Rauner’s fiscally-catastrophic administration. To say he had an outsized impact would be putting it mildly.

The climb back began in 2017, when some Republicans joined Democrats to pass an income tax-hike over Governor Rauner’s veto. It was a turning point. The downgrades all but stopped.

Just remember those above two paragraphs when Rauner’s impasse cheerleaders try to dismiss this Moody’s upgrade. We’d be in a far worse spot right now had they and Rauner won.

And yes, of course, the federal government has played a huge role in Illinois’ fiscal rebound over the past year or so. It has repeatedly pumped up the economy, which unexpectedly boosted Illinois’ coffers to the point where it didn’t need to use federal funds to patch its budget holes or tap federal aid to pay back federal borrowing.

The state did so well that it ended the fiscal year, which concluded on June 30, with an expected $2 billion surplus. That surplus will allow it to pay off $2 billion in pandemic-related borrowing this fiscal year.

According to the Committee for a Responsible Federal Budget, Congress has committed $126 billion to Illinois, mostly to the private sector, with about a third of the total in loans.

The airline industry in Illinois alone will receive almost $16 billion, about twice what the state government received this spring from the American Rescue Plan Act.

But it’s not like Illinois got a special deal out of Uncle Sam. The aid has been distributed fairly evenly among the states. California ended its fiscal year with an $80 billion surplus.

Prudently, most of that $8.127 billion in federal money for Illinois’ government hasn’t been appropriated. $1 billion was spent on one-time capital appropriations and $1.8 billion on mostly one-time grants or temporary aid allowed by the federal government.

That leaves more than $5.3 billion in reserve. The hope in many states is that the federal government will wipe out their huge unemployment insurance trust-fund debts. If not, some of that $5.3 billion might be used here to cover some of Illinois’ hole, sparing employers a gigantic tax-hike.

Senate Appropriations Committee Chair Elgie Sims has been telling me for weeks that he was confident the new state budget would result in a credit-rating upgrade.

Sims is not only a budget expert (joining the Senate’s budget staff after graduating from college in 1993), but he’s also a bond lawyer. He knows what the industry is looking for, and he and many others did what they could to deliberately produce a well-received budget.

Illinois has been one step away from junk-bond territory since the Rauner days, so, no matter what you think of the New York rating agencies, the urgent importance of upgrades cannot be overstated.

“We stayed the course. We did not do anything irresponsible with that federal money. We paid down all that debt,” which Sims said is exactly what the ratings agencies wanted to see.

Obviously, this federal boost won’t last. And Moody’s warned that pension and other state obligations “could exert growing pressure as the impact of federal support dissipates, barring significant revenue increases or other fiscal changes.”

But now they have some time to tackle the problems.