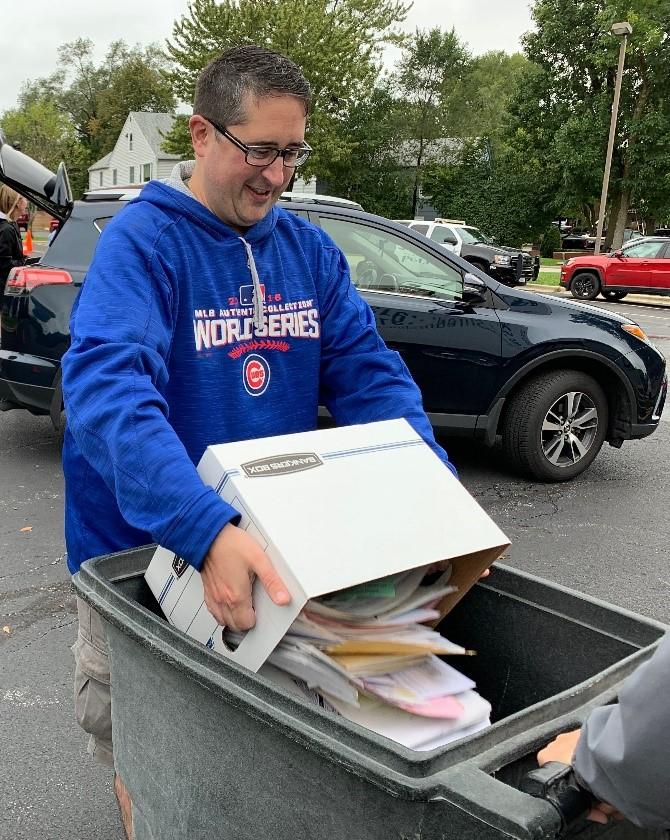 The state’s political world may have been shocked, but I doubt many in that world were surprised at the level of vitriol in Representative Sam Yingling (D-Grayslake)’s press release last week which claimed he’d been “attacked” by Governor JB Pritzker.

Edly-Allen is a former Democratic state Representative and is also backed by Senator Bush. She had a pretty good couple of weeks leading up to the Pritzker endorsement. Edly-Allen had by then reported raising about $266K just since the middle of May, including $25K reported last week from the Illinois Pipe Trades PAC. Representative Yingling started the second quarter with more money (his $109K compared to her $11K), but has struggled ever since, reporting just $38K in contributions to date.

Pritzker has yet to give any legislator more than $5,000 in campaign contributions during the primary, but Edly-Allen clearly has the funds to get the word out about his support. And while there is no polling that I could lay my hands on in that district about Pritzker, he’s generally polling very well among Democrats. So the nod will likely help.

I privately thought going into this Senate contest that Yingling had a decent edge, but if Edly-Allen is working like she did when she first won a House race in 2018, along with all this money and numerous important endorsements, well, I may have been very wrong.

And then Yingling let loose on the governor. “As a gay man, I am used to being bullied,” Yingling was quoted as saying in his press release after Pritzker announced his decision. “But I did not expect to be attacked on the first day of PRIDE month by a fellow Democrat.” The press release issued by the governor’s campaign did not contain a single reference to Yingling. It was all about Edly-Allen’s positive traits.

I’m told the governor made his decision to endorse Edly-Allen the week earlier, but there was reportedly some Senate Democratic involvement in the decision to hand the story to a suburban newspaper over the Memorial Day weekend. The short-staffed and possibly-disinterested paper didn’t run it. So, the announcement was pushed out the door Tuesday evening in a wide blast. No thought was apparently given to the fact that the following day would be the beginning of LGBTQ+ Pride Month.

The reason most in the political world probably won’t be surprised by his reaction is that Yingling, plain and simple, does not work well with others.

Since January of 2021, for instance, Yingling has introduced 183 bills and not a single one of them has made it to the governor’s desk. Just four have passed the House. The Senate, where Yingling is trying to land, has taken up none of them. The four bills never even made it out of the Assignments Committee.

Yingling has sent out four mailers that I could find. Three of them were negative.

One mailer paired up Edly-Allen with former House Speaker Michael Madigan, and Yingling also mentioned the Madigan connection in his press release. Madigan did not originally back Yingling for the House, but he sent plenty of foot-soldiers to the district to keep him there. Madigan’s committees also directly gave Yingling $1.75 million over the years and Madigan’s allies in the House and in organized labor gave him millions more.

Yingling did not join colleagues to call for Madigan’s ouster until after the November 2020 election was over and his Republican opponent was vanquished with the help of about $300,000 in contributions from Madigan’s Democratic Majority PAC and the Democratic Party of Illinois.

To be clear, there’s nothing inherently wrong with that. But using Madigan as a cudgel against a primary opponent after taking help like that while Yingling is clearly demonstrating that he is having a difficult time raising money on his own without backing from a party caucus is a bit much.

Pritzker’s campaign had no comment about Yingling’s remarks. Coincidentally or not, the governor appeared the following day with two prominent LGBTQ+ state legislators Representative Kelly Cassidy and Senator Mike Simmons “to tour LGBTQ+ owned businesses in Chicago’s Andersonville neighborhood and kick off PRIDE Month.” He was not asked by reporters about Yingling’s statement.