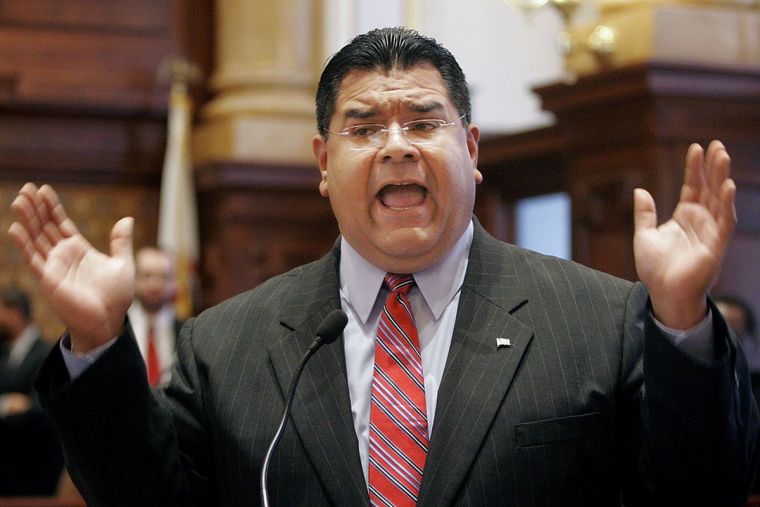 It's impossible to tell from the redactions exactly how many individuals and entities are under investigation, but it's a lot. McCook's warrant has almost six full lines of text blacked out after the phrase "Items related to." Senator Sandoval's warrant contains 67 redactions, but it's unclear if all those are for separate individuals and entities or just multiple words in the same names.

Even so, by counting things like "Associate A," or "Lobbyist B," or "Official A's company," I totaled up more than 70 people and entities clearly listed in the two warrants.

And we've only seen parts of two of the numerous search warrants served. So there's more. We know the Village of Lyons was also hit, as was a sand-and-gravel operation owned by a businessman named Mike Vondra.

Vondra's known in some circles as "The Wizard," a nickname that is both complimentary and disparaging at the same time. It comes from his uncanny business sense and his ability to work the system to benefit his many companies, which naturally makes some of his competitors furious.

Vondra's main business is asphalt, perhaps one of the most politically-drenched industries in this state. Asphalt companies vie for contracts with this state's innumerable local governments, as well as with the state. Many of those companies are by necessity politically active. Vondra is said to excel at this.

Vondra's Statehouse lobbying team is led by Victor Reyes, whose Roosevelt Group firm started working for Vondra in 2006. Reyes is super-close to Senator Sandoval and has worked to elect Sandoval and his allies for nearly two decades. Nothing has emerged to connect Reyes or his firm to the current federal investigation.

At least seven municipalities are being looked at during this probe. We know that because the FBI was looking for evidence in Sandoval's office regarding "Municipality 7 Attorney, Municipality 7 President," etc.

The feds were looking for any items related to five unnamed officials with the Illinois Department of Transportation in Senator Sandoval's office. According to Governor JB Pritzker, the agency has received no federal subpoenas or search warrants and neither has his office.

The Sun-Times has reported that federal investigators asked Summit's mayor "whether another political figure tried to pressure village officials into giving a local bar a license to operate later into the night," but it's not clear if either the lounge or club in the Sandoval warrant is connected to Summit.

Multiple media-outlets have reported that the feds are asking questions about SafeSpeed, a politically-connected red-light camera-company.

Red-light cam-companies are popular with a certain set. With enough influence over a town government, you can get a cam or two (or more) installed and then receive a percentage of the fines. Some Statehouse lobbyists have supplemented their incomes by recommending cam locations to their municipal clients. The cam-companies are also popular with politicians who need jobs for their campaign workers.

But the Sun-Times also reported that the feds asked Cook County Commissioner Jeff Tobolski's chief of staff about SafeSpeed investor Omar Maani and some low-income housing-projects Maani built in Cicero and Summit. The feds also asked the mayor of Summit about the housing projects, according to the Sun-Times. According to the Forest Park Review, Maani at one time worked for a man who now handles legal work for the Town of Cicero. Senator Sandoval has a lucrative translation contract with Cicero. The Roosevelt Group also lobbies for Cicero and SafeSpeed.

Again, we don't know yet who will be ensnared, but it's one of the biggest dragnets we've ever seen in Illinois, and that's saying something.