“A Fuller Version of Myself”: Kait Berreckman, August 31 at Rozz-Tox 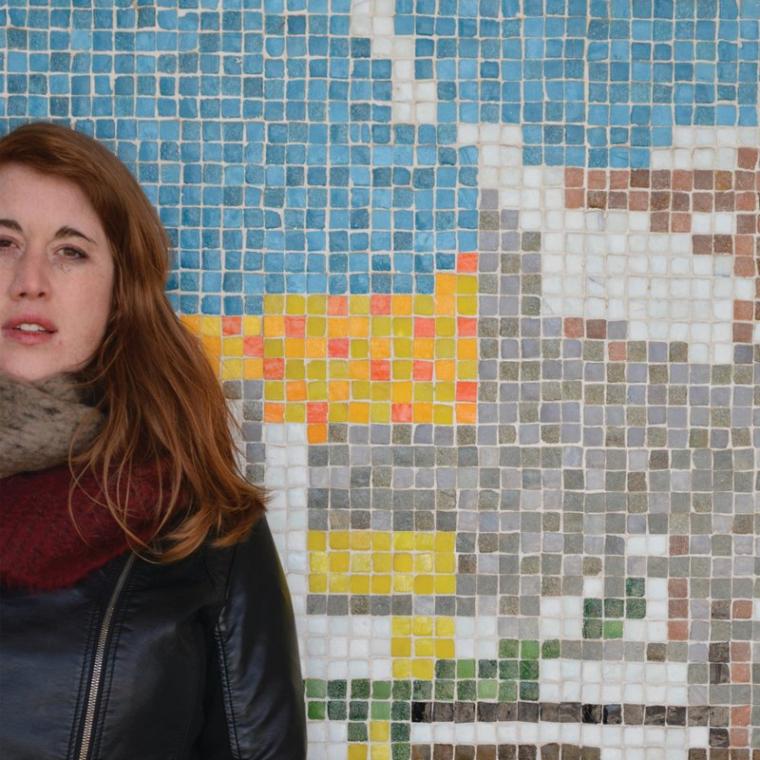 A few years ago, Kait Berreckman was ready to give up on music. But moving back to Nebraska and surrounding herself with the right influences brought her back to it.

Berreckman, who will play a show at Rozz-Tox on August 31, is an Omaha-based singer/songwriter who occupies a space between folk and power pop. Her disillusionment with her career prospects in music, she said in a recent phone interview, started when she was living in Austin, Texas.

She began work there on her debut album Conservation, and decided to move to the city after graduating from college in 2011. She finished the album in Austin and played some shows while working service jobs, but she still felt a lack of direction with her music.

“I didn’t know where to start and so I just gave up,” Berreckman said. “It sucks to admit that, but that’s kind of all there is to it. Sure, I had a relationship I wasn’t happy with and I was not making much money, but I could get shows and I could’ve had a band and I could’ve gone for it, but I didn’t. I let my own insecurities win out and convince me I wasn’t good enough.”

But moving back to her home state in 2013 was exactly what she needed.

“I think it was a combination of family support, and meeting the right combination of people who encouraged me to go to some open mics and meet some other people in the local scene there that just helped give me that push,” she said.

“When I set out to make this new album, I promised myself I wouldn’t do it if I didn’t have a plan,” she said. “Twenty-four-year-old me would’ve quit on this album probably six times by now. Living in Austin showed me what it looked like to be persistent, and I think living in Omaha has really taught me how.”

The record, which will be released on August 24, deals with some of the things that held Berreckman back. “I think my goal with this album was just to represent a rebirth, and fighting through self-doubt and dealing with a lot of personal stuff to just keep doing what I know I love doing,” she said.

The songs clearly lay out her personal struggles, such as moving past failed relationships in “Keep It Up” and coming to terms with introverted tendencies in “Control.” “I want to be in control and out of control at the same time,” Berreckman sings in the latter’s chorus, articulating the everyday anxiety of not being able to relax and have a good time at a party.

With the sound of the album, Battle Scenes showcases what Berreckman considers two sides of her personality. “When we were recording and I heard everything side-by-side, it felt like it was me,” she said. “If I separated that kind of alt-country style from the more rock and power-pop style that I do, it felt like there was only one part of me being shown. I’d rather have a fuller version of myself out there.”

Berreckman considers two songs from the upcoming album – the poppy “Control” and the blues-inspired “Night Owl” – perfect examples of the two genres in which she likes to work. “Control” opens the album with its melodic guitar-pop sound, driven by only electric guitar and drums. “Night Owl,” in the middle of the album, opens with twinkling piano and blues riffs on the guitar. If it weren’t for Berreckman’s voice slipping in and out of higher registers (as she often does), the two songs wouldn’t even sound like the same artist.

That happens a lot on the record. “Grace” features only a soft acoustic guitar with Berreckman singing about how she can’t give someone her love. It runs right into the energetic electric-guitar introduction to the catchy “Keep It Up.” The album’s sound is best described as power-pop instrumentation with Berreckman’s country- and folk-inspired vocals.

She recorded Battle Scenes with her live band, and the time they spent honing the songs is evident based on her 2014 release First Drafts – which includes an early version of “Night Owl.” In two years of live performance, the song has been transformed from Nilsson-esque with low brass and finger snaps to its currently bluesy incarnation.

Although Rozz-Tox is a stop on Berreckman’s first tour, her new album demonstrates a seasoned singer/songwriter who’s spent the past decade developing her sound and finding her voice.