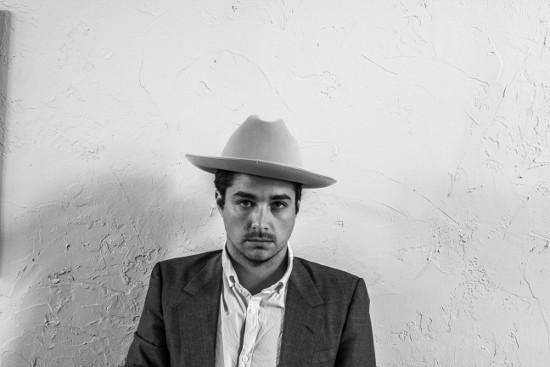 The album hops around from muscular alt-country to squalling yet articulate guitar leads recalling Neil Young in Crazy Horse mode to thick and soaring pop rock to throbbing electronica to nearly mournful ballads, closing with something that would fit nicely on a Queen record. It has a fanciful randomness but also the undeniable force of conviction.

Following Delta Spirit’s self-titled third album in 2012, Vasquez said, “I had a lot of fun and just made a record for my friends called Solicitor. It was really an odd record. And when it came time to think about releasing it, I was talked out of it because it was so strange. ... It’s very psychedelic ... . And it’s ridiculous.”

But while that record has never gotten a proper release, Vasquez said he wanted to recapture the feeling of making it, “just kind of showing my friends what I could do when it was just me behind the wheel of everything.” After Delta Spirit went on a hiatus following the tour for 2014’s Into the Wide, he got his chance.

“I just had a surplus of music that I needed to get out and share with people,” he said, referring to the 45 songs he wrote for Into the Wide. “And also part of myself that I feel like I haven’t been able to show people within Delta Spirit because I taper myself down to work with the band.”

He wrote the songs “Everything I Do Is Out” and “Maria,” and they suggested a record dominated by straightforward rock and roll. So he worked on the songs quickly and serially – tracking each instrument three or fewer times, mixing it, and setting it aside. The result, he said, was “fresh, in the moment. Things that hadn’t been picked over ... made an immediate record.”

Out of that process, he only discarded two songs – punkish tunes that he didn’t feel matched the vibe of the others – and released last year’s Austin EP and this year’s Solicitor Returns. He said that when he returns home from tour in May, he’ll start tracking his next solo album.

That sort of working-alone productivity is one reason his primary band is taking a break: “A Delta Spirit record takes 45 songs, a record budget, two years or two and a half years of commitment of not making money before there’s an opportunity to make money. And having a kid has kind of thrown a wrench in being willing to tough it out.”

But he stressed that Delta Spirit’s hiatus, while longer than originally planned, is temporary: “There’s no reason the band won’t come back and play music.”

Matthew Logan Vasquez will perform on Monday, April 18, at Daytrotter (324 Brady Street, Davenport; Daytrotter.com). The 6 p.m. show also features Reverend Baron and Spirit Ghost, and tickets are $10 in advance or $15 at the door.