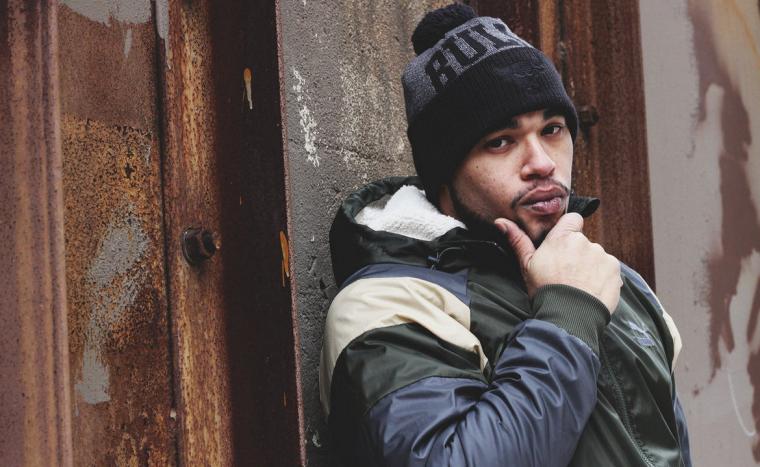 On August 3, a crew of artists including Orlando Coolridge (of Slumpgang777), Brian Barr (of Aseethe), Dark Family, and Jabez the Sorrow gather together for a show at Rozz-Tox that doubles as a school-supply drive for Rock Island schools.

If you’re looking to check out some live local music and contribute to the community in a direct, meaningful way, Rozz Tox has you covered. Its promotional materials for the show bring up the all-too-true point that “Many children in our city do not have access to adequate school supplies in the beginning of the school year. Many teachers have to purchase school supplies for their classrooms out of pocket for this reason.” The venue is encouraging concertgoers to “bring notebooks, pencils, calculators, and anything else you can imagine being useful in an elementary school classroom.”

A member of Chicago-based hip-hop collective Slumpgang777, MC and producer Orlando Coolridge’s recent output proves him to be equally at home on the mic or in the producer’s chair. A recent tape uploaded to Soundcloud titled Saudade offers up eleven soulful beat sketches somewhere on the Madlib/J Dilla/Stones Throw Records axis. Built primarily over pitched and looped samples, and flecked with subdued, un-quantized drum patterns, the tape’s overall vibe skews towards the brand of “lo-fi, chill beats to study to” production that continues to gain fans across Soundcloud, YouTube, and various other musical platforms. Coolridge adds some color and personality to his beats by way of spectral vocal samples and excised movie dialogue, painting his work with cinematic strokes and hints at the world outside of the stereo spread. Journey deeper into his Soundcloud and you’ll find him rapping over other the beats of other producers, among them the wonderfully aggressive “Shots Fired!” that shares a dark, twitchy energy with classic Def Jux fare such as Company Flow or Cannibal Ox. As with Bigg Jus or Vast Aire before him, Coolridge fuses hyper-specific references, precise internal-rhyme schemes, and a general subdued intellectualism with a rough-around-the-edges delivery that lets us know that he’s not playing around with this.

The music of Brian Barr’s trio Aseethe churns out various incarnations of gloom and doom in the form of brooding post-metal dirges á la Neurosis, pummeling doom metal riffs in the school of Electric Wizard, and absolutely fierce, howled vocals that channel Aaron Turner of Isis, Sumac, etc. As the band’s guitarist and vocalist, Barr’s deliveries tend to steer the atmosphere of each track along its main trajectory. Take the brutal “No Realm” from their mid-2019 release Throes, which has Barr stretching his voice into a more open-mouthed, spit-soaked bark in the school of post-hardcore, and then switching suddenly into a guttural monster roar as the band starts pounding out molasses sludge riffs. Metal has always been a game of “spot the influence” as its various branches and sub-genres continue to unfold and complicate before our eyes – but Aseethe sidesteps any armchair sound dissection by, quite simply, delivering elementally heavy, interesting music. Their tracks often stretch close to or past the 10-minute mark without ever losing their thrill or dropping their narrative arc, as each track finds room for discrete riff after riff, vocal style after vocal style. (See, for example, the wonderfully Schuldiner-esque banshee shouts that hit halfway through the title track of Throes).

Continuing the supply drive’s diverse bill, we have stoned and droned out, Moline-based, psych-folk unit Dark Family, whose tracks float out of the speakers with a languid energy and a haze of reverb and room tone. “Have You Seen Lizzy?,” a track from their mid-2019 release The Reverberation Cult, bounces over a cyclical baseline and a standing wall of drone texture, landing somewhere between The Velvet Underground’s “Venus in Furs” and the later work of VU member John Cale circa Paris 1919. Album opener “Step Inside” buries the vocals even deeper in the mix, and wraps them in organ lines and spiraling guitar figures, as the mood slowly builds from bleary-eyed psych pop through an almost liturgical, sacred music vibe. The Reverberation Cult ends with a highlight, “Noise 1,” that finds a somber acoustic guitar progression and languorous drifting through a field of occasional feedback, and moments in which the guitar rises into a rapid-picked tremolo lead line, imbuing the weary atmosphere with some senses of urgency and tension.

Quad Cities-based MC Jabez Da Sorrow rounds out the bill, delivering another strain of underground hip-hop somewhere on the moody post-trap spectrum. His track “Hentai & Johnnie Walker” contains exactly what it says on the can: whiskey and animated nudity. The MC aligns himself with more head-in-the-Soundclouds stars such as SahBabii, whose “Anime World” feels like a thematic precursor to Jabez’s track that manages to name-check Dragonball Z, Naruto, and One Piece in one verse, before sliding into a series of threats and sexual boasts. The overall effect is one of being extremely cross-faded, walking out under the streetlights at night, as your mind swirls through memories of whatever anime you watched over the last few days or whatever person you’d rather be laying yourself down to sleep next to right now.

Rozz-Tox's Rock Island School-Supply Drive gets underway starting at 6 p.m. on August 3, and more information is available by visiting RozzTox.com.