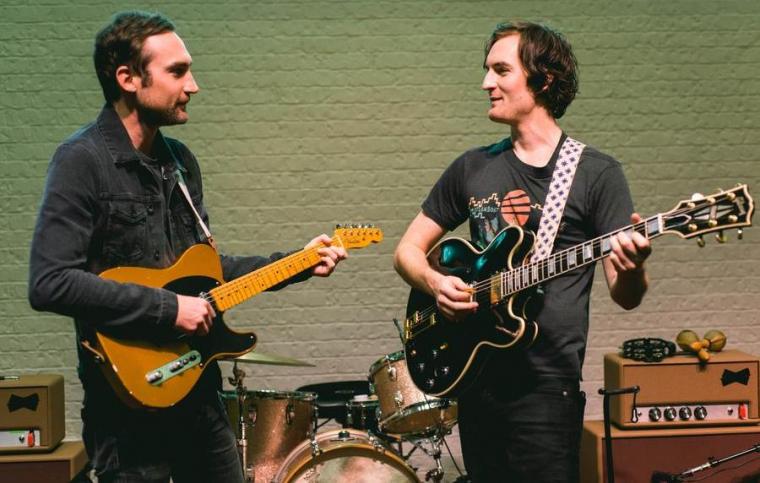 Nashville’s crunchy indie rock outfit Airpark and Toronto-based garage rock/surf pop crew Goodbye Honolulu land at the Triple Crown Whiskey Bar & Raccoon Motel on March 27. While both bands retread some time-honored rock tropes that have been swirling around the indie sphere for years, they each bring enough earworm vocal hooks and confident guitar work to stand out from the crowd.

Airpark plays a strain of fuzzed-out, riffy rock that emphasizes guitar grit while never straying too deep into heavy or oppressive sonics. Guitar lines bounce around the spread with short delay trails, or sound like they were recorded through small amps to get that unadorned distortion that can push even the most basic six-string rig into the realm of searing, Jack White-core tones. The vocal work of brothers Ben and Michael Ford keeps their tracks rooted to the ground with close harmonies and repetitive hooks designed to burrow into your skull and take up long term residence. “All of the Time,” a highlight from the band’s 2017 EP Early Works Volume 1, lands somewhere between the irreverent rock pastiches of early Beck and the chunky, post-blues riffing of Queens of the Stone Age – all filtered through the diverse production techniques and chameleonic songwriting tendencies of clear forebear Spoon. Elsewhere, on “Devotion” from the 2018 EP Songs of Airpark, the band slides into more woozy, acoustic-guitar-flecked pop rock, while still maintaining a degree of creative production. Organs and cooed background vocals wind their way through the corners of the mix, while guitars of different fidelities layer together into rich chordal harmonies. 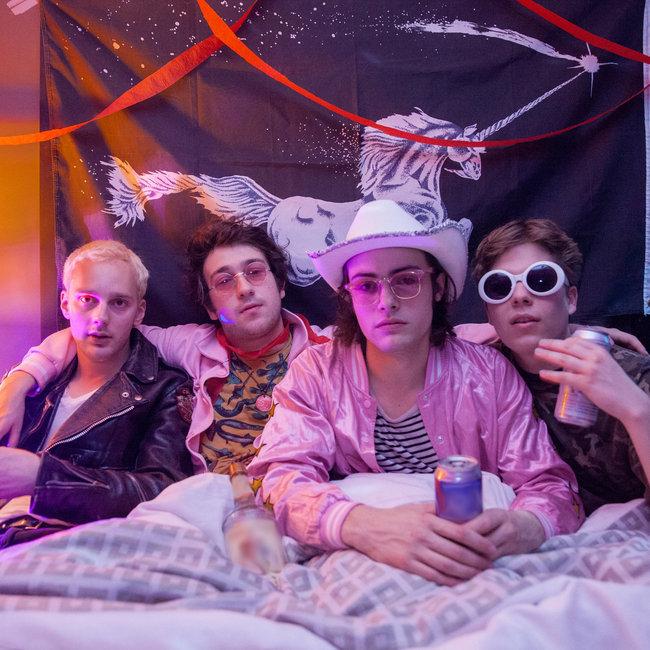 Goodbye Honolulu seems to fall into the goofy-slacker rock template, its musicians appearing in their music videos with matching outfits, shaggy hairstyles, and bug-eyed sunglasses singing lyrics such as “I’ve got no more money / I’ve got no more weed / I used to think those were the only things I need” in 2017’s single “Typical.” However, their music offers up some interesting songwriting flourishes and shifts in mood that move beyond stoned-garage-rock standards into the realm of nuanced pop composition. While maintaining a live-band feel, the band interjects bursts of effected guitar skronk and giant climaxes of multi-tracked gang vocals. The aforementioned “Typical” fluidly slides from a Weezer-esque, 50s-inflected slow jam verse into a shouted chorus thick with cymbal splashes and beefy guitar chords. The band joins contemporaries such as The Growlers in mining through 20th Century rock styles for the signifiers that will make audiences “nostalgic” for an era they probably never saw, while following it up with enough pure pop chops to turn in memorable songs that would land in any timeline.