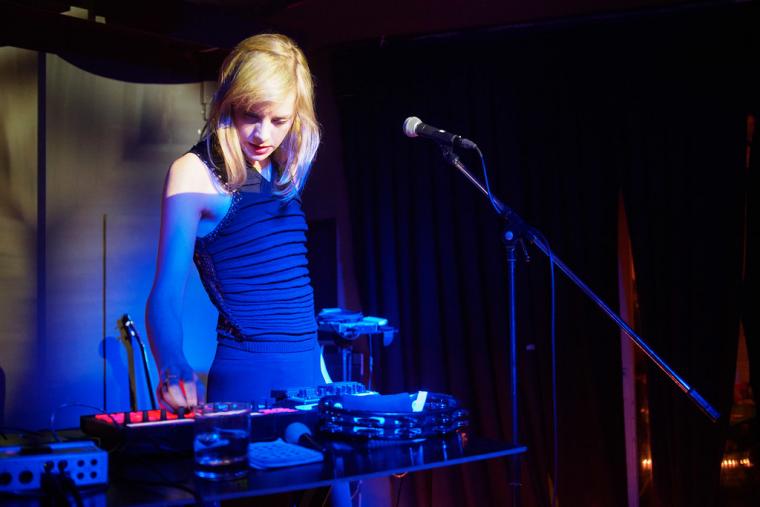 Annika Henderson, better known with one less “n” as her moniker Anika, has only released a handful of solo recordings since her debut eponymous album in 2010. But she has stayed busy with a huge slate of collaborations with luminaries of the international experimental music scene, including enigmatic anti-music icon Jandek, boundary-pushing U.K. producer Shackleton, and Neu! guitarist Michael Rother (wow, what a crew). Her solo recordings find her teaming up with Geoff Barrow, the producer and multi-instrumentalist best known as a member of Portishead and the neo-krautrock/experimental rock crew Beak>. The latter basically serves as her studio band for 2010’s Anika (reissued by Invada Records in 2019), and the result sounds a hell of a lot like Portishead’s modern-classic Third album – especially that album’s centerpiece “Small.” Cavernous, claustrophobic mixes hit us like we’re listening to a '60s lounge band play at the end of a tunnel. Dub-esque production techniques such as slap-back echo and copious delay/reverb take hold of individual sounds and ripple them across the spread, evoking the adventurous '80s dub style of Adrian Sherwood as much as earlier originators including King Tubby and Lee “Scratch” Perry. Like the aforementioned Portishead track “Small,” the whole composite here is one of hazy, Alice In Wonderland-core psychedelia, like we’re half-remembering some acid flashback of a Jefferson Airplane concert that took place out in a dark woodland clearing.

Over all of this, Anika’s voice stands out an idiosyncratic focal point. In step with the stentorian monotone proclamations of Nico or the chiming, melodic swoops of Broadcast’s Trish Keenan (RIP), Anika’s voice perfectly meshes with the warped '60s/'70s throwback vibe of the production. Album opener “Terry” lopes over a bludgeoning bass drum and a slinky bass line, like Liquid Liquid on Quaaludes, before Anika pops into the mix imploring the titular Terry to “wait at the gates of heaven for [her].” For a song that is essentially an elegy, the track’s bouncy vibe and pleasantly predictable chord changes create a perfect mismatch of atmospheres – which is compounded even further when the track sparks into a clear-toned, major-key piano break. What are we supposed to feel here? Happy? Mournful? The ambiguity works to the song’s benefit, creating an aura of confusion with a tentative smile that characterizes much of Anika’s output. The fact that “Terry” is a cover of a '60s band called Twinkle, who scored a somewhat sizable hit with the track in 1964, adds to the general anachronistic glory of the project. What year is it anyway?

For a whole 'nother leaf of the Anika catalog, refer to Behind the Glass, her spellbinding 2017 collaborative album with U.K. dub/techno/trance kingpin Shackleton. The double LP offers up four side-long tracks that each stretch past the 14-minute mark into the realm of ritual psych electronica, slow-burning from sparse introductions animated by Anika’s somber verses into percolating, ultra hi-fi swathes of tribal percussion, synthetic mallet instruments, and chubby bass. With Shackleton at the helm, there is no solid ground to stand on, as his completely unpredictable production instincts continually introduce elements into the mix that serve as juxtapositions or upheavals more than logical next steps. For the most part, the production style stays outside the realm of techno or IDM that Shackleton has dabbled in, remaining in a more mid-tempo neutral ground with space for the synth elements to interact and clash with each other. When beats do pop up, they still offer enough space for Anika’s voice to float over. The whole feels like an update on the combinatory dark magick industrialism of Coil, with Shackleton in the role of Sleazy and Anika in the role of Balance. Like Coil, their duo recordings combine a wide palette of atypical electronic and acoustic sounds into narratives designed to entice and unsettle the listener, like looking through a portal into a dark, secret society and thinking, “Looks weird … maybe I should go check that out.”

Anika plays Rozz-Tox on June 11 with opening sets by Aqualife and Lerzan, admission to the 8 p.m. concert is $12-15, and more information is available by calling (309)200-0978 or visiting RozzTox.com.