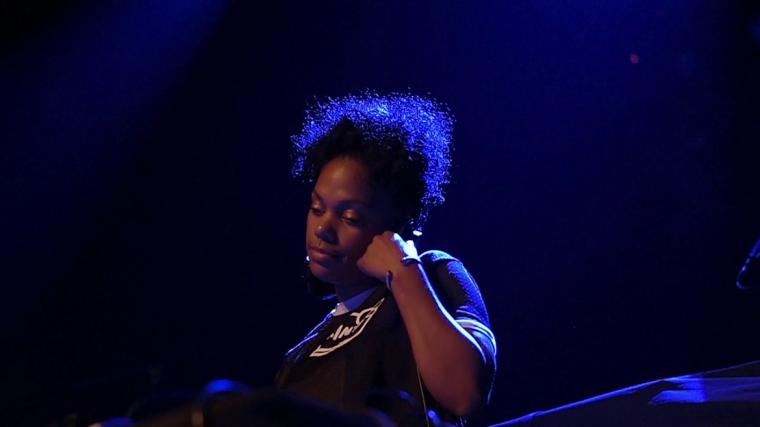 Pop on any edition of Ash Lauryn’s monthly NTS Radio show Underground & Black and you’ll get an immediate sense of what she’s about and what music drives her. She approaches selection from the perspective of a consummate historian in the styles of techno, house, and deep house as much as a crate digger in the soul, hip-hop, and jazz traditions. It isn’t uncommon to find, say, a funk-jazz workout by Donald Byrd within a set of driving Detroit electro. Some of her hours highlight straight up four-on-the-floor house bangers or techno artists that might barely be known outside of the Midwest, while some might run through a track list of household names names including D’Angelo, Erykah Badu, and Mos Def. Her mixes ripple with soul and energy as she zeroes in on exactly what these disparate but actually not-so-far-flung styles of music share: an unassailable groove, a sense of ecstatic bliss, a genesis in the black underground from which her program takes its name.

Lauryn contributes to the local and international scene on multiple levels. Aside from the NTS show, she co-runs the event series Expressions and blogs about her career in music on her site, which is also titled Underground & Black. She has toured throughout North America and Europe, and played at “Damn, you’ve really made it!” kinds of venues such as Berlin's Tresor and London's Oval Space. In an international DJ scene still sorely focused on and devoting resources to straight white men, Lauryn is one of a burgeoning movement of femme DJs of color who are working to shift the spotlight onto less homogenized styles, musical histories, and human beings. Framing such important work in this way, though, might seem to downplay one of the aspects that remains so central to her practice: the ability to absolutely destroy a dance floor. Her sets will make you move, for sure.

Take her most recent edition of Underground & Black on NTS. Within the first half hour alone, a pounding but luminous Mike Huckaby remix of Detroit lifer Norm Talley slides into the warm toasting and slinky grooves of DJ Roland Clark’s “My Urban Soul” as mixed by Anthony Nicholson and Ron Trent. An epic instrumental from Son of Sound deepens the atmosphere while shifting it subtly toward disco (check those bongos), electro (those fast churning pad layers and hi hats), and even acid (that squelching 303 baseline). Typical of Lauryn’s selection as a whole, these cuts all share a steady rhythmic backbone while being unafraid to rise into more soulful melodies or sink to beds of atmospheric electronic/synth elements. Lauryn also knows exactly how to bridge the sound of classic-era '80s and '90s Detroit with artists that are still producing in a style indebted to that tradition (see: Omar S, Patrice Scott). In this sense, she builds sets that are logical in their willful anachronism, and shows how styles come full circle and/or never fade away in the first place.