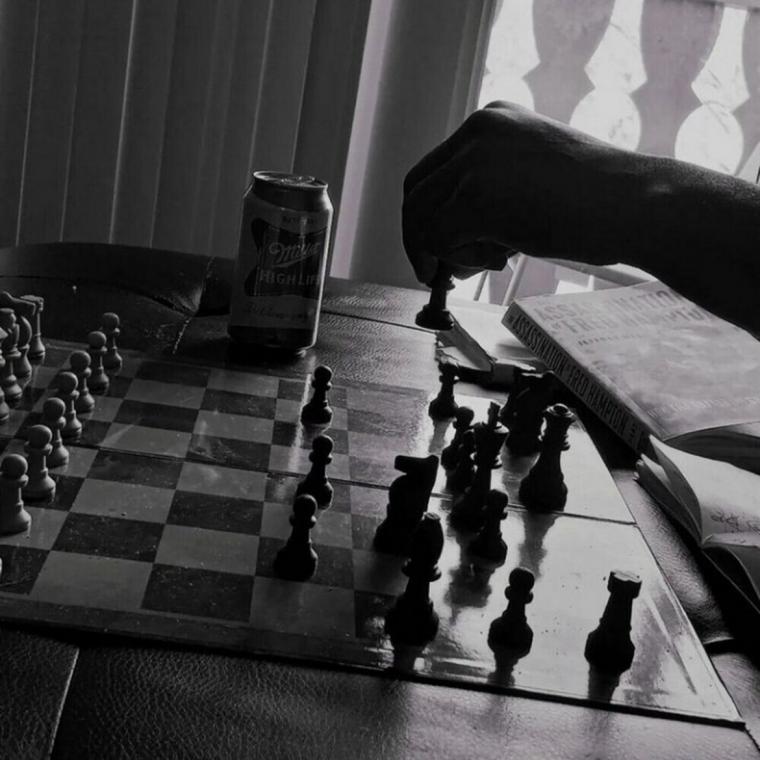 Rock Island-based poet/rapper/producer Aubs. (period intentional) has been a stalwart of the Quad Cities hip-hop and DIY scenes for a number of years now, and has built a catalog of strong albums and EPs stretching back to around 2019. His newest drop, Politik’n., is a slim four-track affair that clocks in at fewer than 15 minutes, but the artist packs plenty of deep thought and compelling work into that short running time. As usual, Aubs.’ delivery is closer to full-on spoken word than to any conventional rap cadence or flow, though his lines tend to fall together into loose rhythms that follow their own internal sense of drama and timing. His unpredictable rhyme structures (or lack thereof) and the quick, extended runs that pop into view keep us guessing – the man is impossible to read, but always exciting to listen to and learn from.

Speaking on subjects such as the Black experience in America, Islam, racial inequality, police brutality, the hypocrisy of Christianity, and so much more, Aubs.’ voice swells with passion and intensity, while he dips into a more ruminative clip when his pen veers towards more broadly existential, even galactic themes. Two of the beats here, on “State and Church” and “Circles.”, seemingly self-produced by Aubs., serve more as arrhythmic backdrops that match his rubato anti-flow, congealing together with his words into something like poetry-infused free jazz animated by a chaotic drum performance in the case of the former beat and a luminous, spiraling organ performance for the latter. The only somewhat more legible beat here, on “Power, Privilege, Pontious, Pilat,” lands the closest to early-'90s hip-hop production, built around a steady boom-bap kick-snare pattern and a dissonant vibraphone loop that would fit in neatly with Q-Tip’s production on Low End Theory or DJ Premier’s work with Gang Starr. Aubs. uses this rhythmic foundation to skew his flow closer to rap than spoken word here, and it’s a thrill to hear his dense, evocative poetry come spitting out both with and against the beat, ducking around snare cracks or launching into a new barrage that spills far over the bar line.

The EP-closing track, “Don’t Act Like Gangsta Rap Ain’t Raise You (Misfit Version),” stands as the most ambitiously constructed and structurally diverse piece here. Aubs. kicks it off with a snippet of recorded conversation with a friend where he lays out the main thesis here: Everyone in modern society has been exposed to and influenced by hip-hop music, which has become a dominant social and cultural force that is essentially inescapable, even to those who would decry it. As the woozy beat kicks in, all reverbed kick-snare and disembodied, smeared samples, Aubs. unpacks the influence that hip hop has had on his own life and on society as a whole. “Shakespeare was sharp,” he says, “But Scarface pierced deep,” referring to the iconic Houston rapper and member of the Geto Boys (zero argument there; indisputable). Layers of effected speech, jittering between octaves and processed through phasers and delays, serve as ad libs, coloring in the edges of the beat around Aubs.’s central text. The composite effect is as sonically transfixing as it is verbally instructive.