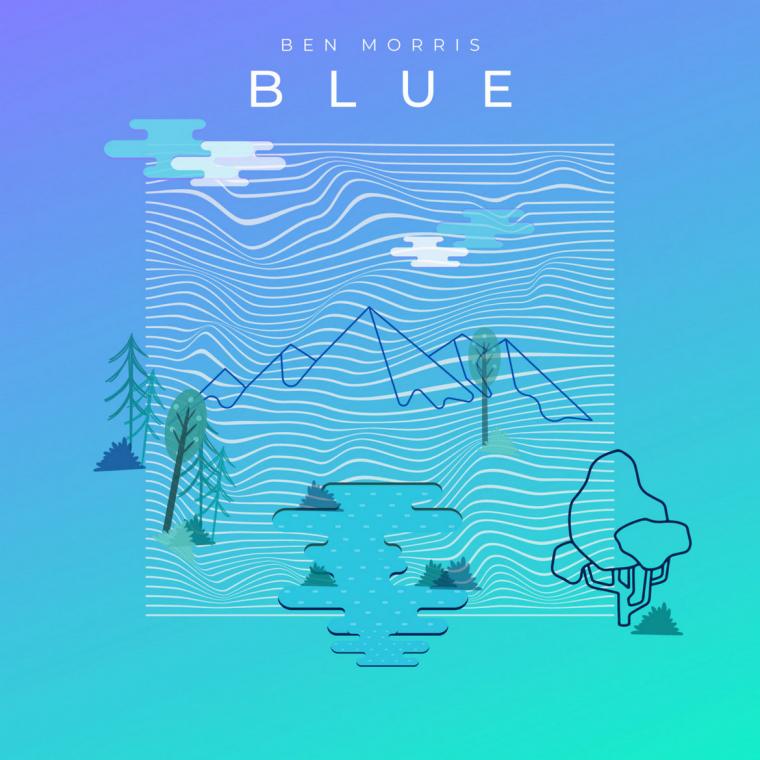 The first couple months of the new year have historically been a relative dead zone for new music releases, as the industry resets and gears up for another calendar year with the bigger labels planning major drops typically dotted throughout the spring and summer. With the vinyl manufacturing industry in a crisis as those bigger labels hog the plants’ resources to create, say, 500K copies of the new Adele 2xLP, many smaller indie labels have been completely unable to produce records, or have to stare down waits of 9 to 11 months to get their albums physically produced.

This has created a bottleneck effect for most of the industry beneath the tier of major labels who have to decide whether to release a steady flow of albums without vinyl manifestations, or to trim down their schedules to accommodate the spaced-out vinyl releases. Luckily for us listeners, Bandcamp releases have no such limitations on them. Independent artists based in the Quad Cities and neighboring regions continue to drop at their own pace, and have complete control over how they present their music in Bandcamp’s digital realm. Let’s take a look at some local gems of the new year and the tail end of last year. 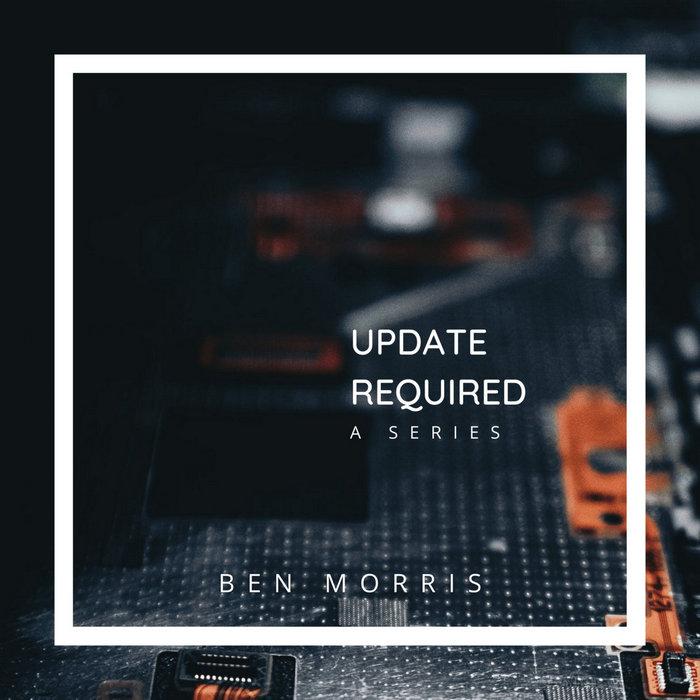 Moline-based producer Ben Morris only has four songs to his name on his Bandcamp to date, spread across November’s Blue Album EP and January’s Update Required EP, but even over the space of 15 minutes, he provides plenty to sink into. His style owes a heavy debt to video-game soundtracks, specifically to the MIDI instruments and orchestral voices more typical of the Playstation 1 and 2 eras. His tracks ripple with synthetic choral voices, MIDI harps and acoustic guitars, and lush arrangements for strings and brass ensembles that push his output a few shades closer to contemporary classical music – albeit presented in shorter dollops decidedly influenced by video-game soundtracks.

On Blue Album, percussive synth voices that sound like hammered dulcimers and pizzicato strings wind through layers of hand drums, tablas, and occasional flashes of drum kit, creating dense networks of rhythms and interwoven harmonies. Update Required offers a noted upgrade in tonal fidelity and production value, as his drums thump with a little more oomph and the synthetic strings/voices/horns all sound a touch more “lifelike.” Morris has a great ear for narrative development and quick transitions, smoothly gliding through emotionally contrasting melodies and showcasing a wide range of instrumental tones without ever losing the thread of forward motion. Especially captured in the use of the harp and the non-Western percussion tones, in tandem with strings and voices, Morris’ music evokes the work of the legend Yasunori Mitsuda in his soundtrack for Chrono Cross, or longtime Square-Enix mainstay composer Hitoshi Sakimoto. 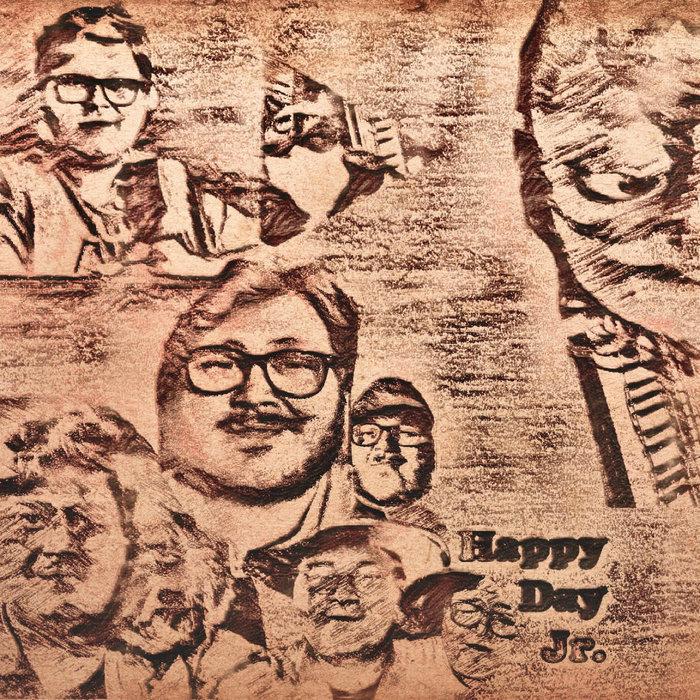 Davenport-based idiosyncratic singer/songwriter/producer Sammerson Bridge dropped one of my favorite independent Quad Cities albums of last year in Happy Day, and squeezed out a batch of five songs before the end of the year that build on that album’s charms and flights of inspiration. While Bridge’s own ramshackle, willfully off-kilter vocal performances still sit at the center of each track and keep one foot of his music planted somewhere in the realm of Americana or lo-fi folk (perhaps best embodied in the first song here, “Can’t Sing Still Do”), his flair for nuanced and diverse production and arrangement always elevate his compositions to surprising new heights. His detailed attention to spatialization of the elements that populate each track results in physical sonic spaces where electronic drum patterns, synth missives, and patches of organ swirl around your headphones. As ever, a contrast between genres and production styles animates his music. When “Ourchothers” slides into view with its purposefully simple arrangement of acoustic guitar and vocals, and Bridge’s lyrics tumble out of him as a stream of consciousness, the sum total approaches the ballpark of Phil Elverum’s music, especially The Microphones (undoubtedly an influence here).

Then “21st Century Veggie Farmer” streaks off in an entirely different direction with its fine-grained electronic percussion tones that bounce with a glitchy sense of texture and polyrhythm. As the song comes to air out what sound like samples of Death Grips vocalist MC Ride, and moves into its main section of carnival-esque organ fanfares and boogie-woogie chord progressions, you get the feeling that the whole thing is a goof. But it’s a well-produced and enjoyable goof nonetheless! The closer “A Big Black Bowl of Warm Water” brings the production value straight back to unadorned lo-fi singer/songwriter territory, with subtle effects processing sending his voice echoing around the edge of the mix, all while highlighting the lovely tone of his voice hitting the emptiness of the room before him. 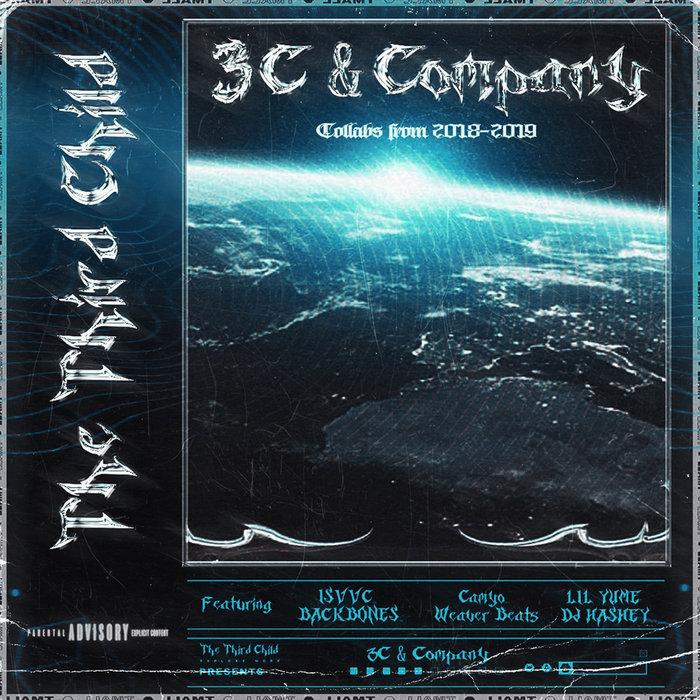 Moline-based producer The Third Child, whose real name is Jesus Ruiz if my cursory Internet sleuthing is any good, dropped a solid album in mid-2021 titled Phonk 3.0 that showed off his skills with adept sample flipping, his giant-sounding drum programming, and his deep-seated reverence for Memphis hip-hop à la Three Six Mafia and Tommy Wright III. Billed as “a tape of old collabs,” his most recent drop 3C & Company carries on the producer’s same interests, while injecting some unexpected flourishes into the mix by way of his collaborators. Of course, it’s impossible for me to tell who’s doing what within the space of each track, but the clear differences in character and production style hint throughout at who was bringing what to the table.

Memphis hip-hop remains the main influence here, to the point that vocals from Triple Six’s “Half on a Sack Or Blow” from their immortal Underground Volume 2 appears here pretty much un-tampered-with, as fodder for a killer remix/sample flip odyssey with Lil Yume. Voices pop up throughout the tape: Gucci Mane from “Bricks” weaves into “Smoke a Sack” with ISVVC; Juicy J from “Walk Up to Your House” pops into “Wit Da Pistol Grip”; even some vocaloid melodies from what sounds like Hatsune Miku flow through “3000AD” with ISCVVC. The full composite exhibits a plunder-phonic approach to mixtape construction: Who needs actual MCs when you can pluck vocals from wherever you please and compile them into a collage? The Third Child’s drum programming continues to slap,with cavernous 808 bursts filling up the center of the mix and crisp hi-hats ricocheting all around. His use of rapid-fire fills on the snares and toms, along with his penchant for slowed-down soul samples flecked with smooth guitar lines and horns, plant his production work perhaps closest to Mista Thug Isolation-era Lil Ugly Mane, another acolyte of the Memphis sound – now perhaps one generation, if not two, removed from the source.