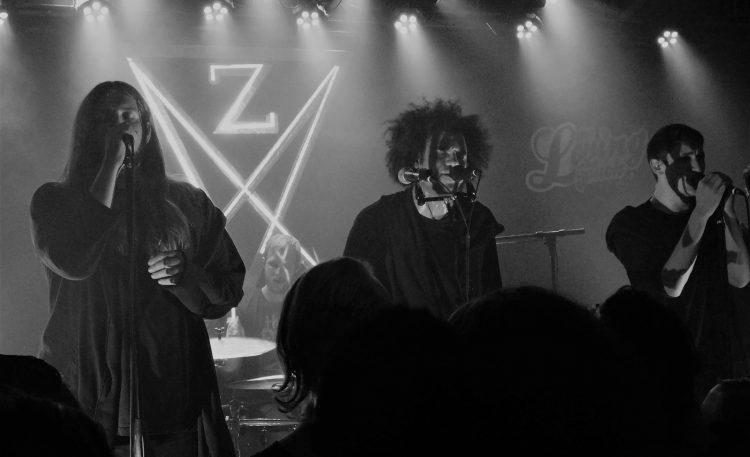 A night of black metal in various forms arrives at Rock Island's Rozz-Tox on June 5, as Baton Rouge-based outfit Barghest shares a bill with Wyrm Chasm from Dallas and local group Everlasting Light.

For a musical style pioneered in the bleak, snowy realms of Scandinavia in the 1980s and '90s, the genre known as black metal seems to pop up everywhere nowadays. Black metal announces itself with impossibly fast tremolo-picked guitar lines, harsh vocal howls, warp-speed drum patterns, and a generally scuzzy production style that lets all these elements melt together into a quivering mass. The genre has seen an uptick in mainstream visibility recently with last year’s Lords of Chaos, a movie that dramatized the story of formative and controversial Norwegian band Mayhem in the late '80s. But black metal’s diaspora has long since spread to the U.S., and the many forms it has mutated into over the years are so rich with variation and creativity that any association with “church burning” banner acts such as Mayhem seems obvious and unfair at this point.

Take Barghest, for example. The Louisiana band has released music with respected labels such as Gilead Media, and has sharpened its ferocious strain of black metal to a state of eardrum-lacerating heaviness. The musicians I.D. themselves as “the aural manifestation of hatred and disdain,” and have the sonics to back up that charming description. Their newest release The Pious/The Poisoned came out in early May, and crams a vast number of jackhammer guitar riffs and guttural vocal lines into its three songs. The release’s title track kicks off with a torrential, ascending guitar line planted over pummeling double-kick drums, before the song churns its way through a menu of riffs and breakdowns. Barghest sets itself apart from many of its peers by aiming for a slightly clearer production style closer to, say, technical death metal, where we can make out the details of what’s happening in the twin guitar arrangements instead of just assuming that people are playing music somewhere out there in the fog.

Dallas-based trio Wyrm Chasm offer a slightly more classic black-metal sound, with banshee howled vocals in the vein of flagship acts such as Emperor or Immortal, and fully scuzzed-out guitar tones that hang in the mix like gothic drapes billowing in the wind. Their 2018 split release with the band Psychiatric Regurgitation (nice) proves them well-versed in the tropes that generally constitute black metal, among them rapid-fire chromatic guitar runs, massive tom fills, and shifts in vocal style from the highest shrieks down to the lowest demonic barks. Playing in this style takes serious musicianship and dedication to the craft. For all the perceived chaos or disorder here, these guitar picking patterns and drum performances are extremely precise, not to mention the physical toll that singing like this takes on the human body.

Rock Island’s own Everlasting Light once again proves that black metal can pop up pretty much anywhere in the world. The band's lone release so far, Heavy Sanctuary, came out in early 2019 and offers up one 11-minute track of absolutely fuzz-drenched, heavy riffage. The production style here is closer to the lo-fi end of the spectrum, hearkening back to the early recordings of groups such as Darkthrone or the extensive home-recorded catalog of Xasthur. Everlasting Light takes its time as the song’s arrangement unfolds, starting with a slow sludgy stomp and gradually escalating to a halfway point of thrilling uptempo shredding, at which point the vocalist billed as “Marina” starts letting loose some terrifying howls. By the end, any semblance of the patient sludge riffing at the beginning has been completely subsumed in a standing wall of tremolo-picked guitar madness. The song is a promising starting point for a band that clearly has a lot of ideas and directions they can pursue within the black-metal idiom.