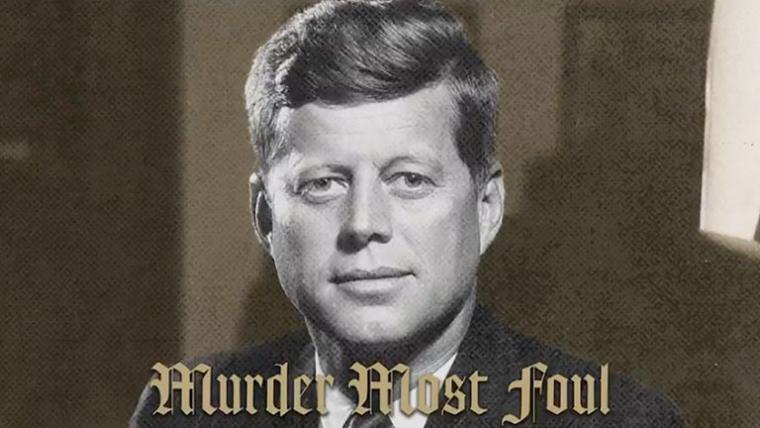 With little preamble, Bob Dylan released a track titled “Murder Most Foul” that uses the assassination of John F. Kennedy as a jumping point to weave a rambling tale of 20th-century history, musical lineage, and the confluence of art and culture writ large as glimpsed through decades of hindsight.

Dylan and his team offered relatively few details about when the song was recorded, whether it heralds a new album (which would be his first since 2012’s The Tempest), or whether it constitutes a loose end that someone dug out of the archives. “Murder Most Foul” still betrays hints that it was recorded relatively recently, given the state of Dylan’s voice and delivery, which conforms more closely to his recent live performances than to his work from the beginning of the last decade.

In typical Dylan fashion, the lyrics and overall narrative here accumulate power from their sheer density and the numerous specific details that he threads into each stanza. Though JFK’s specter hangs over the track, and Dylan frequently returns to the imagery of the president’s assassination in all its gory details, the event serves more as a sort of defining benchmark from which to digress than the sole subject matter. In the way, the choice of the JFK assassination makes perfect sense in the scope of Dylan’s career, as the event punctuated the era of his initial ascent and directly embodied a loss of innocence for America in the early '60s – the sort of event that stirs the emotions of anyone who lived through it, and casts shock waves through their descendants. It’s no wonder that a man who defined mid-20th-century music remains hung up on this moment, and by selecting it as his linchpin here, he creates a time capsule decades removed from the glut of modern technological advances or politics spiraling out of control that defines our modern era.

The structural ambiguity of “Murder Most Foul” proves to be one of its greatest strengths. As a 17-minute track that unfolds over loosely defined verses, with no evident hooks or refrains, the piece feels more like some kind of fugue-state aria, totally linear in its pouring-out of thoughts and tangents. In the early verses, when Dylan sticks closer to the historical facts and sketches out the scene in a more direct fashion, he still can’t help but thread references to the culture that surrounded the event. Legendary radio DJ Wolfman Jack appears as a kind of way point within the early verses, while verse two streaks off into mentions of the Beatles, Woodstock, and Gone with the Wind. It’s easy to see this whole project as a somewhat redundant summary of an era that has already been so heavily canonized and dissected, but Dylan handles the subject matter closest to his heart from the vantage point of someone who was deeply ingrained into culture and whose perspective still proves relevant.

For a listener like me, who considers himself a minor Dylan devotee and who possesses very little of the idolizing instinct that so many Dylan heads bring to his work, “Murder Most Foul” still proves absolutely transfixing and compelling in its interwoven narratives. The track really opens up, paradoxically, when Dylan abandons the historical account and starts name-checking a litany of musical artists from the era, channeling the Wolfman Jack radio-DJ energy into a cross-section of music from the era, and by proxy, the sounds that continue to influence his artistic practice. His rundown comes to include everyone from jazz legends Oscar Peterson, Thelonious Monk, and Charlie Parker, to then-future pop icons Stevie Nicks and Don Henley, to numerous standards that predate the JFK assassination including “Misty,” “Deep in a Dream,” and “Moonlight Sonata” – all the way back to Shakespeare’s works.

You might ask, “What’s the point of this?” And I would respond, “Why wouldn’t we want to hear a list of the art that continues to move Bob Dylan?” Art and music have always swirled around political history. One can’t imagine Bob Dylan telling the tale of the 20th century without focusing on the art. As he looks back through a soupy mass of memories, what might shine the brightest from the vantage point of the late 2010s? Of course, it’s Buster Keaton, Ella Fitzgerald, and Pretty Boy Floyd. To ignore these figures would be to sidestep the essence of the era. Dylan wants us to know that everything is connected, and his name-checks serve as a kind of primer for someone who didn’t live through those times, as if to say, “Don’t get too hung up on the president’s head exploding. There was a lot of beauty back then.”

At the center of “Murder Most Foul,” all lyrics and interwoven narratives aside, sits Bob Dylan’s instrument: his gruff, spasmodic voice in all its idiosyncratic details. You get the feeling that Dylan approached the “melody” here from a more modal and improvised standpoint than from any specific through-composing of notes or phrases. It seems like he’s reading the lyrics as a poem from a sheet, and simply conforming each bit into a curlicue of melody that happens to be somewhat in tune with the backdrop. This perfectly suits Dylan’s more recent vocal style in live performances, which some have mocked for its seeming roughness and occasional “flubs” in pronunciation and rhythm.

Then again, can we expect vocal perfection from a man whose entire career was predicated upon the rejection of conventional musical virtuosity, who gave voice to the everymen and the would-be poets among them more than the marquee crooners or bombastic rock singers? Against a rubato backdrop of percolating piano chords and a lilting violin, Dylan demonstrates that the tropes of the “folk” or “rock” singer are still as malleable and ready to break before the sheer determination of unfiltered expression, now as they were back in the '60s.