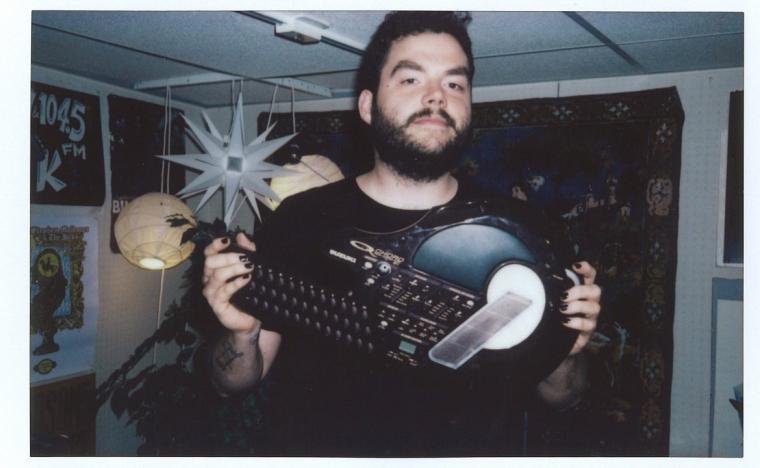 Ah yes, the “sad boy” — willfully mopey, giving voice to the despairs and anxieties that would otherwise just fester inside, prone to self-deprecation and self-sabotage. We’ve seen it in recent years in the form of figures like Yung Lean or the dearly departed Lil Peep. The 20th-Century canon is full of 'em, from Leonard Cohen (“I have to die a little between each murderous thought / And when I’m finished thinking I have to die a lot”) to Neil Young (“Everybody’s going out and having fun / I’m a fool for staying home and having none”) to Robert Smith (“A thousand wasted hours a day / Just to feel my heart for a second”). Petrarch writing his poems to his idealized woman Laura? OG sad boy status. Oedipus? Perhaps the first sad boy, for understandable reasons. What draws us to these figures? Is it the breakdown of the emotional barriers often associated with (thankfully crumbling) stereotypes of “manhood?” Is it the chance to wallow along with someone in a shared kiddie pool of torment? Oh yes it is.

The type of sad-boy pop that Minneapolis-based singer/composer/producer Brent Penny deals in sidesteps the trappings of the emo sphere in all its off-key yelps, and skirts closer to the archetype of the wise narrator crooning out his troubles with a brand of blunted confidence and a knowledge of self. It’s more Sinatra In the Wee Small Hours or Jerry Paper Feels Emotions than, say, Dashboard Confessional. Penny’s keywords on the Bandcamp page for his 2019 album Choose the Right include “bedroom pop,” “gay,” “queer,” “sad,” and “sad boy.” These descriptors carry an infinite breadth of experience and possibility, and the album matches that openness with a diverse set of songs and moods, all of which hinge on his frankly affecting vocal delivery. Opener “Sad Boy” bubbles with willfully chintzy karaoke-synth and drum tones, as Penny moans about “another weird morning” and “going on a bender” on Valentine’s Day. The shift to the brighter hook melody, which features a nice high note on “smoking wee-e-e-ed”, cements the vibe here: Penny is bored, alienated from society, and stoned, but at least he knows how to write a catchy melody and get those feelings into the open air.

The title track of Choose the Right benefits from the auto-tune effects on Penny’s voice that push that sense of alienation even farther out into the spotlight, as the track lands somewhere between Bon Iver and the ballads of the aforementioned Yung Lean, but presented in the context of a despondent torch song. When the second half of the release shifts the instrumentation more heavily into guitar/bass/drums type territory, we get a view of another side of Penny’s craft: the alternative rock frontman, like Thom Yorke circa Pablo Honey or Yorke’s own god Michael Stipe, complete with rising vocal lines that occasionally crack and falter in charming fashion. By the time Choose the Right ends with another slow-burning karaoke-core crooning number, “Seven Wonders,” we have gained a good sense of what drives him as an artist – the pursuit of simple beauty in melody, which gives way to a subtle streak of emotional honesty.

Brent Penny plays Rozz-Tox at 9 p.m. on November 8 with sets by Iowa-based projects Annalibra and Gabriel Dowie, admission is a $5-10 sliding scale, and more information is available by calling (309)200-0978 or visiting RozzTox.com.