Bright Lights at the 2019 MVBS Blues Fest on the Bend 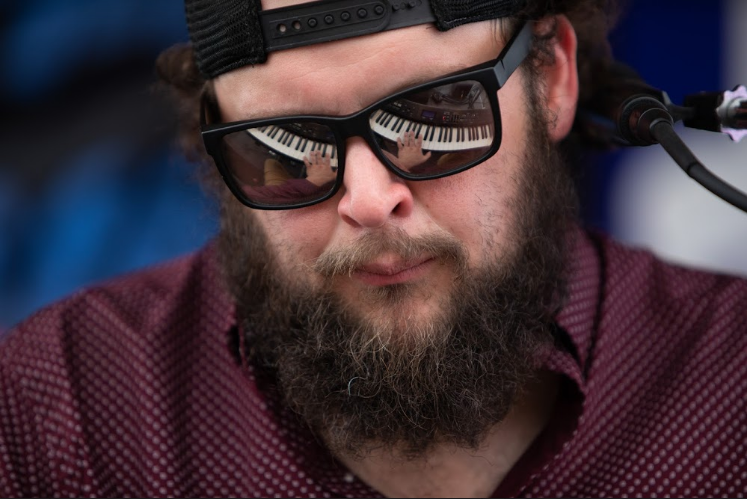 The 34th annual Mississippi Valley Blues Festival was held Friday and Saturday July 5th and 6th at Murphy Park at The Bend in East Moline, Illinois. If one went looking to a Blues festival for some sin, one would found little here that could be considered sinful, even in sentiment.

People were drinking, but they were holding it well. No one got sick or rowdy and required intervention. One caught a whiff of grass here and there. (In less than a year, though, the muggles will be legal in Illinois.) The major law being flouted here was the no-smoking ordinance that the Mississippi Valley Blues Society’s organizers kept repeating on behalf of their hosts this year. The Bend is a new outdoor public performance venue in East Moline, adjacent to a new Hyatt Hotel on the river. There's an indoor event center with food and drink service right at the park and the new performance hall The Rust Belt is a short walk up river. The historically high flood-waters that plagued the QCA had rendered Davenport, Iowa's LeClaire Park, the Festival’s traditional site, unusable. So the Society sought out ground a little less soggy — hence, The Bend.

On the two stages, there wasn’t a single amateur act that could be heard faffing about on their instruments; and there were certainly some stand-out acts that will reward following in future (more presently). 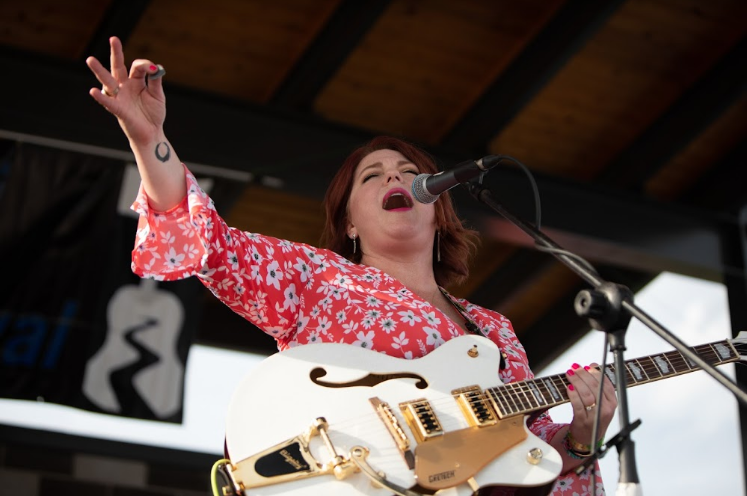 The Festival was a pleasant experience, overall.

But “pleasantness” might have been a source of the ambivalence one felt on the occasion. The Festival was as family-friendly as an evening in Branson, Missouri; The Bend, a land without sin. For those who know their blues history, the very music was steeped in sin. Sin and, especially, suffering. As with country music, there used to be seven days to a given week in a blues song: Friday and Saturday. The rest were all Sundays. In their narratives, there was never any hellraising without a reckoning around the corner; never any sin without the bill in the post — or, at the very least, the torment of having to look oneself in the face the morning after. The blues, specifically, started out as an expression of African-American life, and life was a verb, signifying to be, to do, and (most crucially) to suffer. So anything that might forestall that last one was cause for celebration, even if it meant a worse fate the next day. 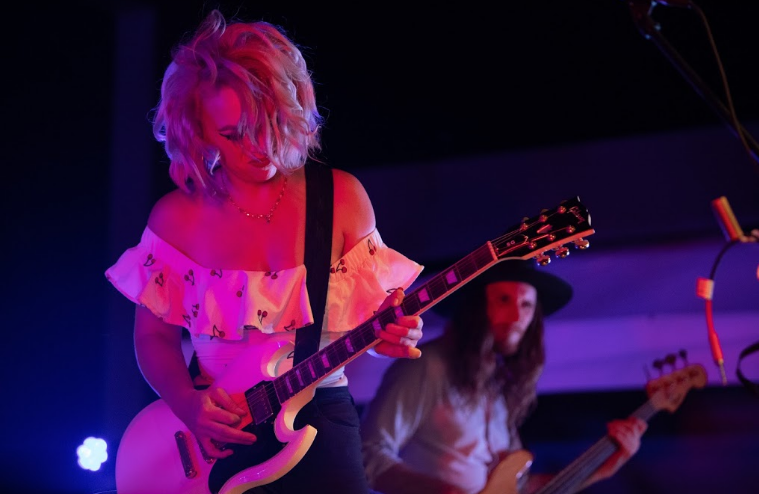 Back in the modern day at The Bend, one heard the vocals of Jeni Grouws (of the Avey/Grouws Band), Lizzie Neal, and Samantha Fish, and thought, “What would Big Mama Thornton do with that song? Or Bessie Smith, for that matter?" These new-era blues artists have their work cut out for them trying to convey desire. Whereas Thornton or Smith could just suggest it with a turn of phrase, and that was enough.

One heard Lonnie Baker Brooks, the son of Chicago legend Lonnie Brooks, going through the twelve-bars most competently and engaging the crowd most amiably — and then, afterward, one tried to recall the material he and his band had played: Footage missing. 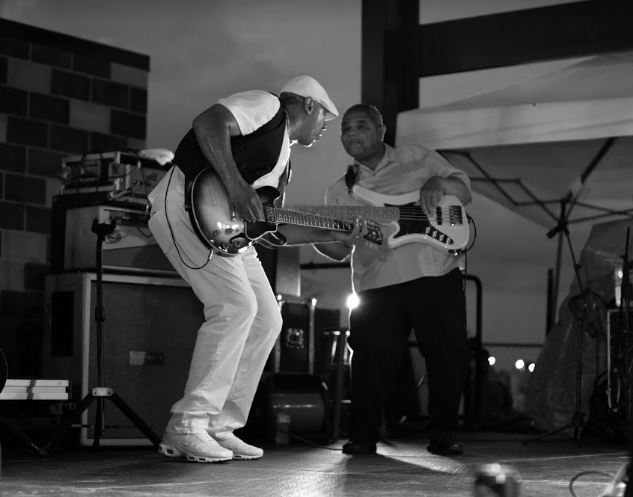 The same with The Robert Kimbrough Sr Blues Connection, led by Robert Kimbrough, the youngest son of the Original Cotton Patch Soul Blues Boy, Junior Kimbrough: Footage missing. One heard Brooks cover Prince’s “Purple Rain”; and the bluesiest thing about that was his mid-performance apology for not attacking the song’s extended finale with as much passion as the original. He had a family member die recently, you see. He just wasn’t feeling it.

Is this "Too-sad-to-sing-the-blues" the era in which we live? 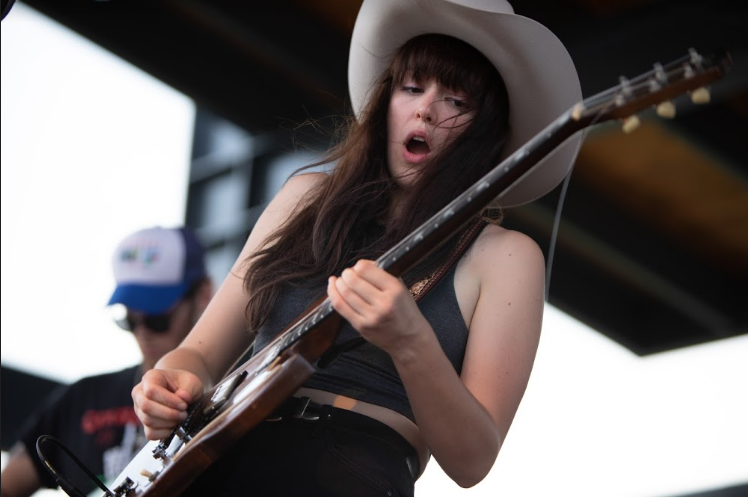 Heather Gillis Band namesake guitarist. Gillis caught at moment she broke a string — which happened to coincide with the ending of her set: Possibly the best moment to break a string

Perhaps — but one also heard Heather Gillis play the lap-slide and coax unearthly sounds out of it. Gillis wasn’t indulging in virtuosity for the sake of virtuosity. (It should be noted, though, that she had a great voice to match). Her sound fit the material, and she supplied it most adroitly. Gillis made intelligent, creative decisions; she had the ability to deliver them; and she did so with passion. Gillis gave what one calls a high-definition performance. When a musician puts across a maximum of effect with what looks to the onlookers’ eyes as an economy of means, that is a high-definition performance.

And then one saw Victor Wainwright clamber off the stage in the middle of a song, and continue singing out to the audience, sans mic, and thought, Now, Wayne Coyne might think of doing something as odd as that — but would his voice carry as strongly? Probably not. 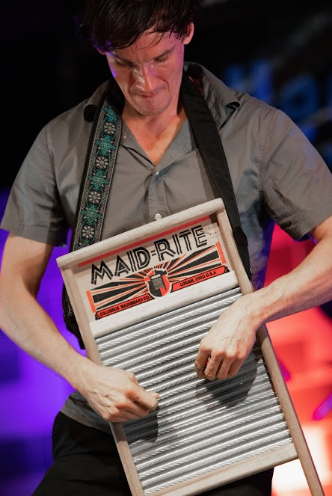 Cody Dickinson on electric washboard for The North Mississippi Allstars

And then one saw The North Mississippi All-Stars by themselves (they had earlier supported Wainwright), and Cody Dickinson mic’ing up a washboard, and scrubbing out an alien sound off of that. The likes of Beck might think to do something like that.

Ability, invention, and daring: This is the acme of the high-definition performance. It will be the salvation of the blues, as it will any art-form, any performer, going forward into the Twenty-First Century.