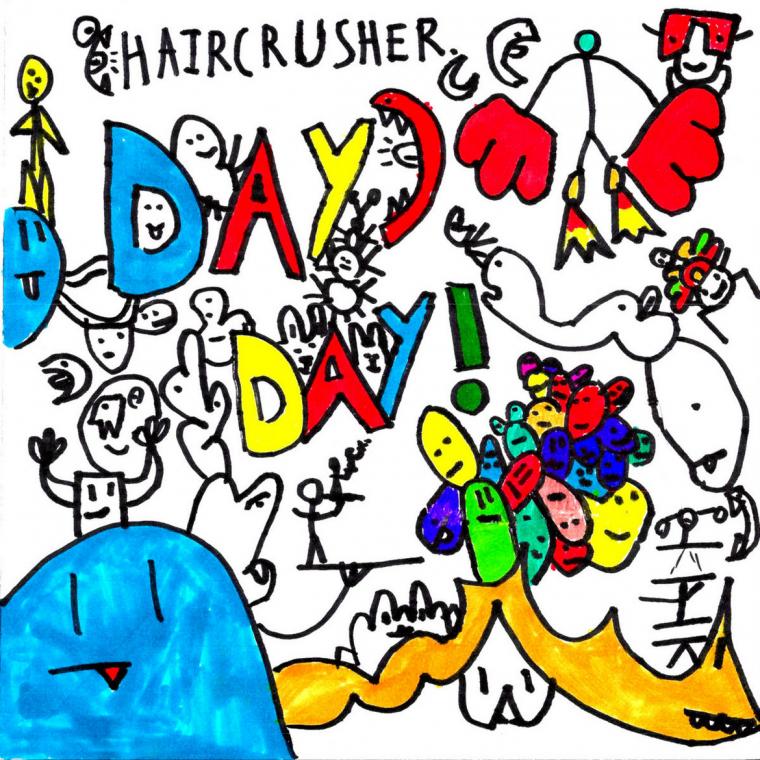 A new collection of music titled DAY DAY from Iowa City's electronic artist and composer Kent Williams, a.k.a. Chaircrusher, hit Bandcamp sometime in the recent past. Though the album has a release date of October 2020 listed, it’s available in full to stream and purchase now – perhaps a sign that Williams is, in fact, living in the future.

He recorded DAY DAY using the software modular synthesizer system called VCVRack, a program that essentially puts the complexity and infinite capabilities of a customized modular synthesizer into anyone’s hands for free. In a market of home production where exorbitantly expensive boutique modular synthesizer units are becoming more and more widespread, and amateur producers regularly drop hundreds and thousands of dollars on the newest custom modules made in small batches by obscure yet high-end companies, the role of VCVRack has been one of leveling the playing field, and giving the same ultra high definition sounds that people crave from modular synths to anyone who has the time and energy to dig into the site and its software.

Williams clearly had both the time and energy, as his collection of music here ripples with immaculately produced synth patches, tightly interlaced rhythms, and expert sound design that strays nicely from the typical tones you might hear on a release in the realm of modular techno or house music. With a moniker that clearly references Warp Records icon Squarepusher, Chaircrusher appropriately strays closer to the realms of IDM with his complex song structures and layered, diverse spreads of sound. Album highlight “Leap Day” benefits from a fluid narrative that encompasses intensifying, spastic drum patterns, a patina of twinkling melodic tones that spirals through the mix’s upper register, and a wonderfully chubby bass line that winds its way through the low end. The excellent “Sea Monkey” makes the most of bit-crushed square wave voices that rattle through the track in a crackling, continual grumble as a lattice of bleeps traces chordal figures against the syncopated hi-hats and kicks. The tones that Williams chooses to highlight in each of these tracks display his excellent ear for HD sound sculpting, as every bass line reaches us with appropriate weight and bump, and every melody hits his stereo spread in pristine clarity.

Since the rise of more widely commercially available modular synth units around 10-or-so years ago, an endless litany of home producers have pushed the technology toward the realm of blipping, generative dance music. Such luminaries as Joseph Raglani, Alessandro Cortini, Richard Devine, Robert A.A. Lowe, and Keith Fullerton Whitman have all pushed their modular synth rigs into unexpected forms that sit adjacent to the traditions of techno and electronic dance music, though each of them tends to keep one foot rooted in the realm of transportive, long-form drone music, minimalism, or noise. To its credit, the music of Chaircrusher hones its scope directly on techno and dance music and doesn’t let that framework out of its sight. Pretty much every track here floats over a steady, danceable rhythm, and focuses on building a groove just as much as melody or narrative development. The fact that Williams produced all of this using VCVRack showcases the thrilling and complex ideas that he brings to the table in the style of dance music, while demonstrating the immense capacity that the open-source software has for detailed sonic exploration.