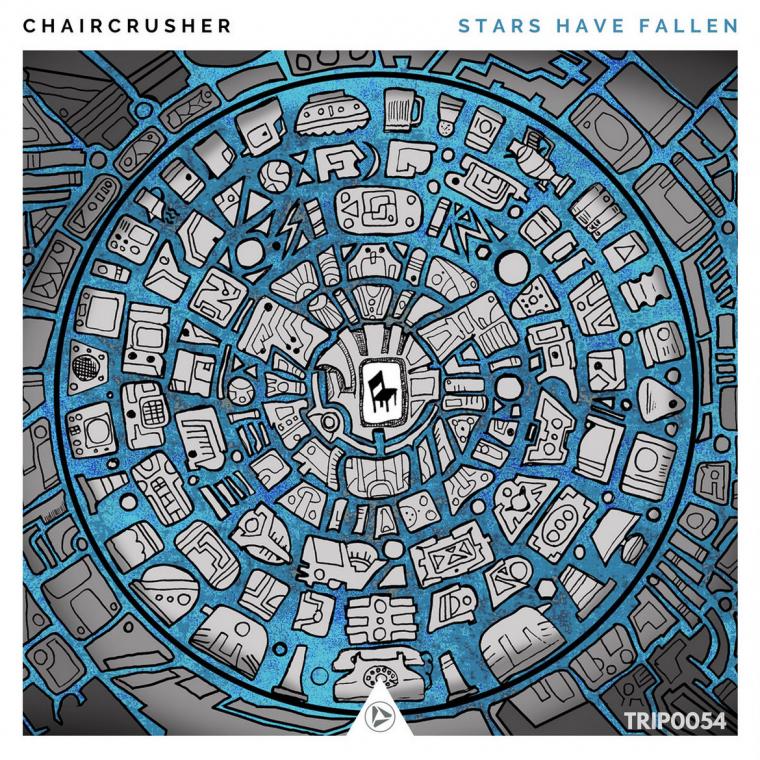 The rate at which prolific musicians in the Bandcamp era can churn out new material on a short notice will never cease to amaze me. The idea of an “album cycle” in which an artist drops one album a year, or even less frequently, and spends the time between proper releases promoting and performing based around one album’s material still exists in the upper echelons of the music industry. Marquee names backed by major labels in any genre can count on fans streaming one album for months without the expectation that something else is right around the corner. It feels like, “This is my favorite artist’s statement, and I can sink into it for a while because this is all I’m gonna get for now.” Meanwhile, more independent minded circuits of artists completely disregard such a measured practice and drop whatever they want, whenever they want, as the material comes into existence. I’ve never been the kind of listener that discounts surprisingly prolific artists and imagines that some lapse in quality must be present when we get multiple releases back to back, or even on an extended steady schedule, from a single artist. Just because there’s an abundance of quantity doesn’t mean that the quality has to suffer, at least in the hands of certain luminaries.

Take, for example, Iowa City-based producer Chaircrusher, born Kent Williams, who has released four full length albums between October of 2020 and March of 2021, all of which offer their own fully realized programs of music replete with their own treasures. Landing a mere month after his previous self-released album Sinedub & Other Numbers, Chaircrusher’s newest work Stars Have Fallen arrives as a release with the label Triplicate Records, based in Richmond, Illinois. If earlier Chaircrusher albums fell on the impossibly wide scale of beat-based electronic music closer to the beyond-frenetic production strategies of IDM legends such as Aphex Twin or Squarepusher (hehe, yep), Stars Have Fallen trades in a measure of scattershot intensity for a calmer, more even-keeled approach to songwriting. Every track on the album stretches past the five minute mark, allowing the atmospheres that Williams lays out to breathe and gradually evolve along more fluid arcs.

In his selection of lead tones for most tracks, Williams favors bright synth voices that evoke the timbres of bells, mallet instruments, and hammered dulcimers. Tracks such as the highlight “Insular” take their time to drip out a beatless landscape of chiming arpeggios whose reverb-soaked, percussive strikes trace out what sounds like an extended performance of sticks striking a giant metal surface. While maintaining a consistent atmosphere without any major upheaval, Chaircrusher’s arrangement here still transfixes us by never seeming to repeat any noticeable hook or central melody. Instead, the expanding helix of mallet- and bell-like tones keeps spinning and mutating before us, with each tone smeared into the spread with a tail of reverb and deliberate panning manipulation. The sum total effect is close to some spectral cousin of dub techno, like Basic Channel rendered in trails of beatless drift.

That’s all not to say that Chaircrusher has completely shed his inclination toward twitchy beats and non-recursive rhythmic architectures. The lengthy workout “Debouch” slinks around over its skittering hi-hat patterns and syncopated kick drums, while layers of what sounds like prepared piano and dulcimer slaps hover in a cloud over the top of the spread. Williams makes sure to complicate the narrative here with shifts in beat density, as occasional kick-snare patterns bump the groove up to the next level of dance floor-readiness before receding back into the haze. Album closer “Freue Mich” makes similarly dynamic use of its insectoid bassline, which serves both as the track’s steady clock and as an agent of textural deviation as Williams tightens and loosens its resonance and cutoff into a spread of squelching acid rhythms.

“Abnegate” kicks off with what sounds like synthetic pizzicato plucks from an orchestral string instrument, which seem to drop hints that some kind of big beat drop might be right around the corner. Brilliantly, Chaircrusher denies us this pleasure for the track’s entire nine-minute running time, focusing instead on manipulating and complicating the minimal palette of string voices and long trails of delay. The track draws its energy more from the uncertain emotional purgatory of that expected release which never comes, and the ever-complicating lattice of melody that continues to unfurl around us.