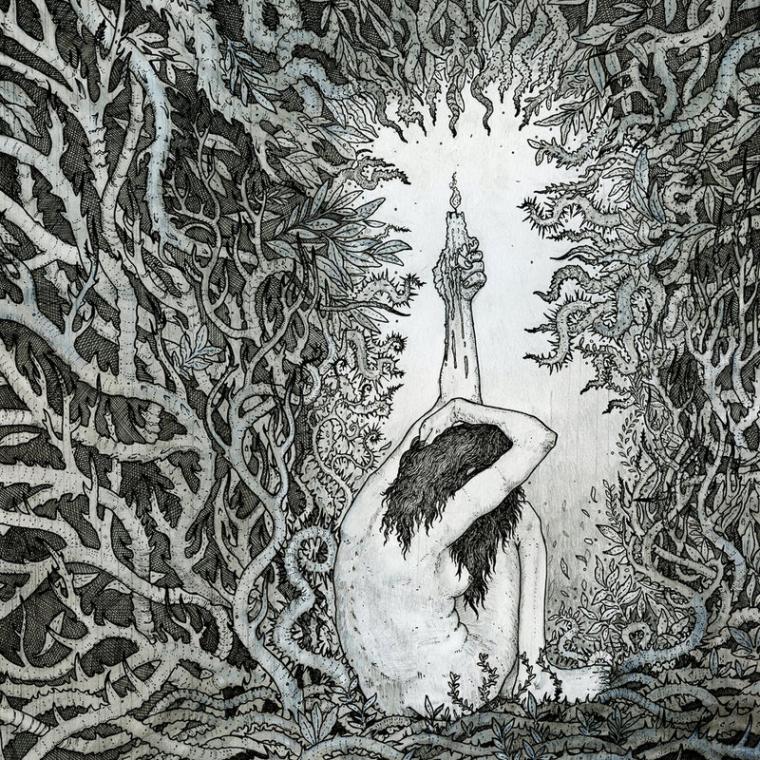 Iowa’s premier grindcore/mathcore/screamo ensemble Closet Witch compiled their full discography together into one conveniently compressed Bandcamp page at the beginning of April. The band’s complete catalog, consisting of 44 tracks, ranges from songs that bear a fuller, more detailed sound characteristic of more professional studio-recording environments, to tracks clearly marked with [DEMO] that, paradoxically, end up hitting just as hard despite their cruder recording origins. That really boils down to the fact that grindcore packs just as much of a punch whether it’s presented in glistening full-studio detail or tossed into your face as a decaying auditory artifact that you discovered on some old cassette tape. The band’s compositions themselves are the stars here, no matter what kind of production they reach us through.

Open up the discography and you find yourself staring down dozens of bite-sized sessions of unrelenting distorted guitar shred, pummeling drum performances, and singer Mollie Piatetsky’s fierce howls, many of which clock in at under a minute. If such a prospect seems too daunting for you, abandon all hope and run for the hills – Closet Witch probably won’t have much to offer you. For those of us raised on such groups as Napalm Death, Pig Destroyer, and Dying Fetus, the band proves to be a revelation.

Like all great grindcore bands, Closet Witch knows how to cram a dense narrative into a tiny shell, and speed through their compositions at breakneck tempos that allow enough room to flow through three or four discrete riffs or breakdowns per track. Grindcore bands practice the art of absolute economy, workshopping frenetic riffs that will often only appear once in the track, for a grand total of maybe five seconds, before getting subsumed back into the chaos of whatever riff comes next.

This philosophy of composition plays out as the complete opposite of traditional pop songwriting, which makes the most of repetition and the dopamine rush that comes when the chorus loops back around. Though some Closet Witch songs do have refrains that they return to, more often then not we find them jettisoning idea after idea into our face, as if to say, “Yeah, we have plenty of riffs in our arsenal, but we’re not gonna give you the pleasure of repeating any of them more than once.” It’s a beautifully sadistic form of song structuring, where the thrills come fast and never return.

This would be a problem if the band didn’t, in fact, have an endless supply of ideas to blast us with. Their riffs vary from downtuned and dissonant bursts of guitar crunch, to more legible thrash metal speed runs, to chugging hardcore breakdowns animated by the classic D-beat drum patterns where the snare hits on every other beat, as if to get the pit riled up enough to jump on stage with them. Some of the band’s most effective moments emerge when guitarist Alex Crist stretches out into a strain of sizzling, almost rockabilly-adjacent style of guitar performance where traces of blues tonality and countrified attitude emerge, similar to the playing style of Converge’s guitarist (and prolific metal producer) Kurt Ballou.

But Closet Witch’s Complete Discography doesn’t only contain savage grindcore. The collection also finds room for some welcome divergences into more contemplative or subdued territories. “Solar Lullaby” sounds like a lost track by post-metal legends such as Neurosis with its tom-heavy rhythms and smeared walls of atmospheric guitar textures. “Rule by Bacon,” clocking in at a relatively marathon-like three minutes and 40 seconds, also veers closer to the textural post-metal/post-hardcore style, letting up on the tempo for a while and letting the band fall away at moments to showcase isolated passages of yearning guitar wails.

When a more legible minor-key guitar melody shows after the brutal intro of “Secane,” and continues to hang over the track as a lovely and mournful counterweight to the band’s scuzzy riffing, we see a more nuanced side of the band’s arrangement, and understand the extent to which they have full control of the emotions conveyed by their often overwhelming music. Another anomaly hits with “Love, From ...” a somber piano ballad/ambient collage of spoken-word voices totally devoid of any metal elements. The voice in the right channel reads a heartwrenching text paying tribute to their family and friends, while the voice in the middle channel straight up sobs and laments having to go through whatever they’re going through. The track, which lands in the final quarter of the complete collection, provides a welcome reprieve from the band’s assault, and shows a totally new side to their craft, but ends up being no less emotionally affecting.