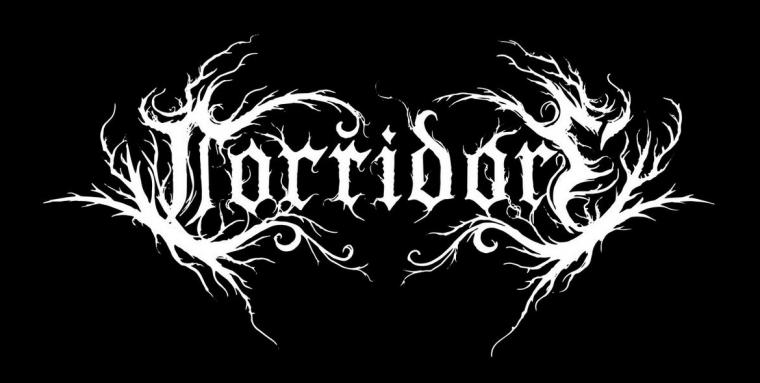 I’ve made the point in a previous writeup that black metal thrives literally everywhere at this point in time. Every city in America, Europe, and most major metropolitan hubs across the world somehow have a crew of people ready to learn how to play their guitars at tremolo picked hyper-speed, play their drums in ferocious blastbeats, and wail like banshees on the microphones. It’s a thing of beauty, to be honest. I’m glad we’ve reached the point where the genre has been reclaimed from the often bigoted, violent hands of its progenitors and recontextualized as a cathartic style of music that applies to, say, average people from the midwest. Take Corridoré from lovely Madison, Wisconsin. Its self-described “atmospheric blackened post-metal” offers plenty to bite into and enjoy. To break down the adjectives here: “atmospheric” relates to the presence of moody interludes, textural guitar elements, and the dense emotional conjured up by the band’s ungodly screams; “blackened” typically refers to any band who aren’t afraid to go fast and scuzzy with their riffs and drum performances, resulting in that smeared black-metal style that prefers raw shredding over, say, any semblance of technicality or prog; “post-metal” hearkens back to the extended song structures and contrasting moods within the metal paradigm, pioneered by groups such as Neurosis or Aaron Turner’s various projects.

Corridoré brings all this and more to the table with its excellent self-titled LP released this summer. With four tracks that together clock in at around 40 minutes, the band isn’t afraid to stretch way far out into the void. They sculpt narrative structures that encompass all manner of pummeling riffs and drippy, melting asides. The two-part “For the Voyage of Oblivion Awaits You” finds room for an untold menu of ideas, from stomping doom-metal breakdowns to guttural Cascadian forest shred to bright, almost hopeful passages of cleaner-toned playing. Constituting the A-side of the LP on its own, the suite portrays the band as experts in cinematic storytelling and attention-holding riffery. Major shouts out to whomever is handling vocal duties here, as the unholy howls and screams on display cleanly slice through the stereo spread around them, giving the sense that this voice could be heard over the din even without a microphone. The B-side of Corridoré takes some time to stretch out into the brand of post-thrash guitar jackhammering that falls somewhere between classic Slayer or Megadeth and the surgical double time pointillism of early masters such as Dissection or Emperor.

Joining Corridoré on the November 9 bill is the Rock Island-based duo White Batzzz (with three z’s), who relate to the headliner’s bleak atmospheres and metallic clang on one level, but who completely diverge into wildly different territories on another level. The group calls itself “grimey R&B WitchHouse” but that goes only part of the way to describe the claustrophobic, bizarre tracks that populate its output. Checking out the musicians' SoundCloud account is like falling into a portal to some dimension where scuzz pop ∆-core originators Salem share a practice space with current signees on The Flenser like Street Sects or Wreck and Reference, all struck through with a decidedly lo-fi, shit-gaze aesthetic. “Heavens Gates” sounds like a campy haunted house populated by zoned-out ghouls. “Bleeding Mouths” ups the tempo and hits a weird, almost peppy stride with its jittering hi-hats and bell tones, landing somewhere in the grab bag influence wheelhouse of Coil’s Love’s Secret Domain. “Hell Levels Demozzz” orbits around a see-sawing synth line and dark synth pads, as whomever is singing moans and half-croons through the haze. I’m into it, honestly – the world could use more of this pure, reckless, genre-mashing abandon.

Another Rock Island band, Everlasting Light, rounds off the bill with its own take on atmospheric black metal. Since I last wrote about them in June, the band has released the two-track Bandcamp EP Rehearsal Demo MMXIX. Once again, they nail the clipped, distorted glory of lo-fi black metal in the style of Darkthrone or Xasthur, offering up recordings where the drums have plenty of room tone artifacts and the guitar sounds like it's crashing out of a tiny speaker straight into your skull. The two 10-minute-plus tracks here wind their way through brash, disfigured riff structures and triumphant guitar peaks, generating plenty of noise and dark atmospheres from just a guitar plus drums duo configuration.

Corridoré, White Batzzz, and Everlasting Light play Rozz-Tox at 9 p.m. on November 9, admission is a $5-10 sliding scale, and more information is available by calling (309)200-0978 or visiting RozzTox.com.