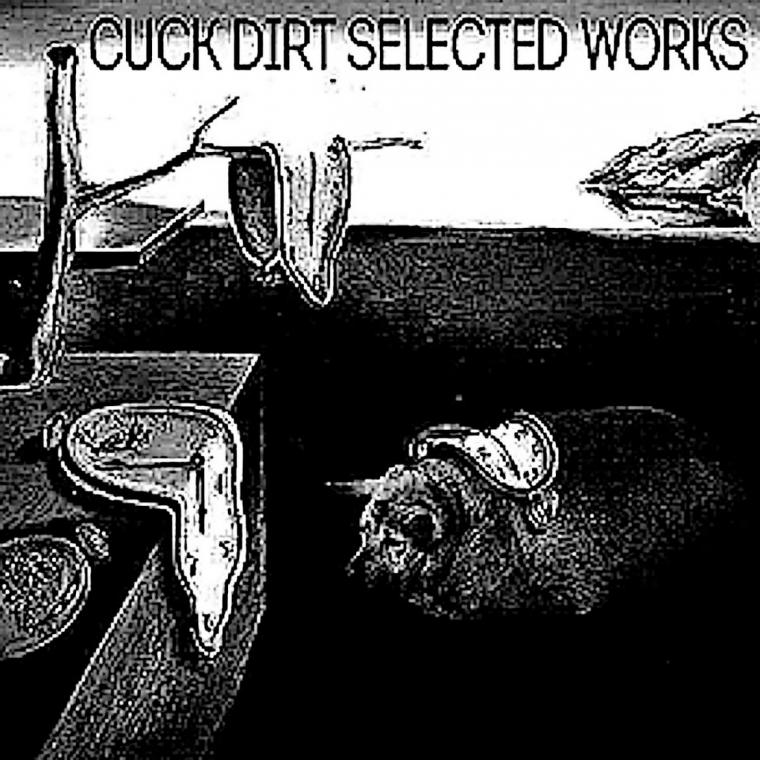 Another champion in the annals of terrible band names, Bettendorf’s Cuck Dirt seems to be an offshoot of the noise project Voiddweller, whose recordings have recently been reviewed in the Reader. While Voiddweller seems to land closer to the overblown noise-rap chaos of groups such as Death Grips or Clipping., Cuck Dirt throws all caution to the wind and goes full unhinged, manifesting as a collage of momentary news media vocal samples, electronic drums, piercing feedback, and something like home-recorded black metal.

The fragments of spoken word that punctuate the opening track “Vibe Til Ya Die” (such as “we also saw this dog with a banana”) push the proceedings closer to Pig Destroyer’s brand of grindcore – where sample slinger Blake Harrison earns his keep alongside the hyper-technical performances of his bandmates by pressing a button on his sampler that spews out some foul dialogue in the gap between songs. I think Cuck Dirt is a one-person project, so in this case, it’s more like a single musician trying on a bunch of weird hats within the context of each individual, combinatory track – serving as both the freak pressing the button on the sampler and the freak bashing out some high-BPM drum workouts, and perhaps even the freak screaming over top of it all.

I don’t know too much about the Quad Cities noise underground, but from what I can tell, there seem to be a whole cadre of freak noise projects brewing somewhere down there, as tracks that appear among Cuck Dirt Selected Works seem to stem from previously released split tapes with projects called Bullshit Market and Searing Piss. While I can’t say that every idea that Cuck Dirt tries on here lands successfully, the project’s penchant for absolute irreverence and jump-cut editing makes sure that any time spent listening will result in some bemused head-scratching, if not some major head-banging.