dead lizard grin, "I Can See Tomorrow in the Setting Sun" 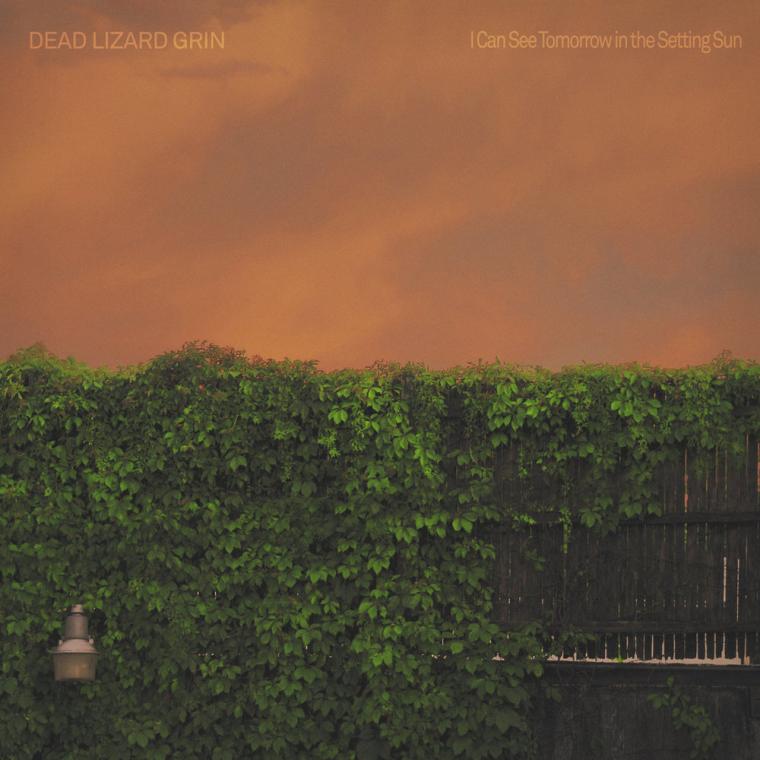 dead lizard grin, "I Can See Tomorrow in the Setting Sun"

Rock Island’s resident drone/ambient scientist Terry Skaggs seems to drop a new release under his dead lizard grin moniker at the crazy clip of one per month, further populating his bottomless Bandcamp page which now sits at 77 releases (!!!) with exercises in drifting electronic sculpture, neo-classical orchestral textures, and the occasional hushed electronic beat pattern. You get the sense that he approaches music-making as an essential daily operation, and always has some irons in the fire in the form of extended drone pieces ready to be served to us when the next 40-or-so-minute batch comes together into the form of a full album.

In addition to June’s beautiful offering We Are Shadows Dispersing Upon the Warm Spring Air, this summer Skaggs has released the relatively lengthier album Cloudforms in July and another, I Can See Tomorrow in the Setting Sun, in August. As ever, forms of the natural world seem to provide him with the inspiration that informs the music, as I Can See Tomorrow’s liner notes hint: “Late summer became a time of rooftops where sunsets were watched together.” Coupled with the lovely album art that depicts a fence covered in lush ivy underneath an orange overcast sky, the imagery of that sunset epigram sinks its way into the delicate music that dead lizard grin presents.

That album’s opener, “I Will Lose Her in the Light,” stretches to 20 minutes in length but never feels static or repetitive in the way that it airs out its slow, swirling drone voices and washes of eternal mellotron chords. Skaggs plants a few layers of synth as the bedrock of the haze and allows them to slowly curl around each other like fog that hangs in the air over the treetops. Against this standing foundation, a voice that sounds like a synthetic string instrument, maybe a processed digital violin, provides peals of lead harmony, serving up mournful notes that circle around the scale and trace some ghostly melody in hyper slow-motion. The atmosphere feels like such a closed circuit as the track moves on that the introduction of any other voice feels like an upheaval, even if it’s something as unassuming as the occasional upper-register flurries of what could be a processed flute or woodwind instrument.

“Mournful Orange,” as Skaggs notes, contains a sample of an archival recording by Will Long, the beloved ambient mainstay behind the project Celer, who relocated to Japan years ago. Long put a series of tiny fragments of droning synth patches on his Bandcamp page earlier in August with the intent that artists would loop them and use them in their own music – a kind of sample pack to arm ambient heads with remix fodder. Celer’s music feels like a close touchstone for Skaggs’ own. Both artists specialize in the sense of time dilation achieved by seemingly static yet ever-shifting soundscapes, and both tend to avoid letting their washes of sounds reach “full volume” in the stereo spread, aiming for a more dynamic range where a long track might only have one passage that feels like the needle on the meter is anywhere close to the red zone. Its hard to tell exactly where the Celer sample ended up in dead lizard grin’s “Mournful Orange,” as Skaggs serve up a molasses-speed drone exercise with a number of synth layers that each, or all, could be sourced from the Celer fragment, though stretched in length and pitched down to a different octave. Like the previous track, Skaggs makes the most out of the contrast between the droning backdrop and the introduction of occasional melodic flourishes, here taking the form of groaning mid-range overtones that pop up among the clouds here and there.

At a relatively sprightly six minutes, I Can See Tomorrow in the Setting Sun’s title track feels like a pop single in this context, and its brighter, clearer palette of tones and faster tempo in terms of when voices are introduced cements it as the album’s most accessible moment. A central torrent of synth arpeggios fades in and out of view in the center of the spread as stuttering, glitchy electronic textures hover in the corners, all tuned to a bright tonality that even shifts chords regularly – something pretty much unheard in the album’s two longer pieces. The idea of “seeing tomorrow” in the sunset fits perfectly here, as the mood is always in state of winding down to a state of darkness, but a sense of hope still permeates the track, as if we’re caught in a liminal state between today and tomorrow, but we’re not frightened to see what waits ahead of us.